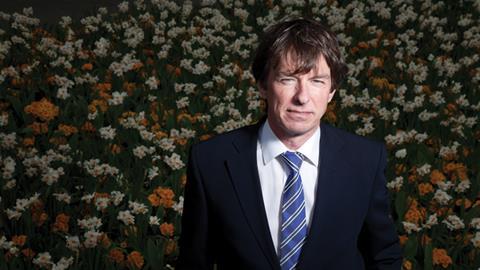 Want to boost your chances of being nominated this year’s best employer in Building’s Good Employer Guide? Then have a listen to last year’s winner. Dave Ward, chief executive of Winvic, talks about how paying staff fairly has been the key to business success

If you want to know how to keep staff upbeat and motivated in tough times, Dave Ward is the man to ask. As the chief executive of Winvic, the £100m turnover industrial and commercial contractor that was named best employer in Building’s Good Employer Guide last year, he’s got a few tips when it comes to keeping a happy ship amid dwindling work, public sector cuts and plummeting employment figures.

As the surveys for this year’s Good Employer Guide go out, Ward reveals what he thinks it is that made Winvic, which has only been up and running for 10 years, top the poll - and beat off the recession.

What makes a good employer?

Ward says that, despite the recession, Winvic has worked to ensure that all 60 members of Winvic staff stay on fair pay. He says this has been a vital part of retaining and maintaining a motivated workforce: “Salaries make up a huge proportion of our static costs,” he says. “It works out at about 50%. We have paid well throughout the recession and have looked at other cost-cutting measures before cutting salaries, such as a freeze on recruitment and bonus payments. We started up bonuses again last year for a few people and some pay rises, nothing huge though. But paying people fairly is one of the biggest pieces of advice I would give to other employers.”

And it seems to be doing the trick: “We have a tiny, tiny turnover of staff,” says Ward. “Not even 1% in 10 years. I think we have had two people leave and one of them was to emigrate to Australia.”

But it’s not just the policy of fair pay that keeps the staff with the firm. Frank Hayes, a project manager at Winvic, has been with the group since it was set up 10 years ago. “I love the way this company operates,” he says. “There are no divides, no separate offices for directors; personal lives or problems of the staff always come first. That’s just the Winvic way.”

Hayes says the firm’s commitment to bringing in the best possible subcontractors on schemes makes project managers’ jobs more enjoyable: “It’s not all about money, money, money and squeezing costs,” he says. “Winvic always aims to get the best within the budget, and sometimes the best even if that means not staying within the budget. We do let packages outside our allowance to hire the subcontractors that fit our brief the best. And I can tell you that it makes my life so much easier and results in happier staff.”

Ward says Winvic’s leadership style is another element received well by employees. He favours letting them get on with things on their own as much as possible, allowing them to learn from their own mistakes - within reason: “We try to delegate responsibility so people are left to their own devices as much as possible. Obviously there are parameters people need to work within but we encourage staff to use their own initiative.

“And although construction is an industry where you try hard not to make mistakes, it is inevitable that some will be made so it’s good to try and stand back and let people make them themselves, learn from them and overcome problems in the future as a result.”

Does he have a strategy, though, to ensure that his staff’s mistakes don’t harm the firm’s reputation? “We try to operate in markets that we are very familiar with, doing things we know we’re good at to avoid there being too many mistakes to be made in the first place,” says Ward.

So what are these markets and what opportunities are coming up for Winvic over the next few months?

Winvic’s turnover has jumped from £76m last year to £100m this year - impressive in the midst of a recession. The firm specialises in industrial space such as warehouses and distribution outlets and, through its construction arm, more traditional buildings like care homes and student accommodation. Ward says the group has just won two of its larger projects for big clients - Marks & Spencer and Amazon. “The M&S scheme is a £35m distribution warehouse near Castle Donington. We won both the building and the fit-out on that one. And just before Christmas we won a project to build a £33m distribution warehouse for Amazon in Dunfermline.” Looking ahead, he says the firm has a strong order book of over £100m already, including a multimillion-pound scheme to fit out a warehouse for Harrods.

Ward is convinced that it is no coincidence that Winvic won Good Employer of the Year last year and saw a jump in turnover from £76m to £100m. He believes the strength of the firm throughout the recession relates directly to how happy his employees are. Fair remuneration is an investment that pays off: “Pay people fairly,” he says. “That doesn’t mean overpaying - we all know that it doesn’t work like that in construction. This isn’t an industry with loads of spare cash sloshing around, especially at the moment. It’s just about being fair.”

Dave ward in a minute

The worst job I ever had was … working in the post office at Christmas sorting mail, pretty depressing. I was about 13.
When I was six I wanted to be … a footballer.
If I hadn’t ended up a contractor I would have been … an architect.
The biggest mistake I have ever made at work was … building part of a ferry terminal in the wrong place when I was about 27. The client never found out but it was definitely quite a bit out.

To register for the 2011 Building Good Employer Guide click here