As Theresa May makes clear that she favours full separation from the EU and we approach the March deadline to trigger Article 50, Building launches a survey to find out what readers want from the Brexit deal, both for your business and the wider industry.

The results, says Chloë McCulloch, will inform the House of Lords debate on leaving the EU and hold the government to account. So don’t delay - make sure your voice is heard 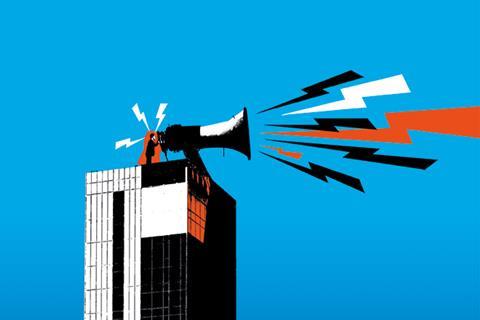 To kick off 2017, Building launched its Building a Better Brexit campaign in our first edition of the year. This initiative aims to secure a better deal for the construction industry from Brexit. For this to happen we need you, the reader, to voice your concerns and tell us exactly what you want from a Brexit deal to enable your business and the wider industry to thrive once we are no longer part of the EU.

A Brexit deal for the industry should be commensurate with its importance to the country’s economy: construction makes up 10% of GDP, when product manufacture and services are included. As the country grapples with the realities of Brexit, it is likely that the industry will be even more crucial to the UK’s economic performance – and after all, the government is relying on it to deliver some major projects over the coming years. And yet, it seems the needs of the industry under Brexit are at risk of being overlooked by the ministers and civil servants leading the negotiation strategy. While ministers have pledged to seek special arrangements for highly skilled workers in the City and unskilled workers in the agricultural sector, construction with its broad range of skills has received no such assurances.

What is clear is that there are serious issues raised by Brexit that are likely to affect the construction sector more than other industries. These issues include the supply of labour from EU countries; whether trade in products and materials are subject to tariffs; cost inflation; and the impact of Brexit-related uncertainty on the supply chain’s ability to deliver essential projects, infrastructure and homes.

Prime minister Theresa May’s own deadline for triggering Article 50, the EU’s exit clause, is in just 12 weeks’ time. It has also been made clear that the government intends to stick to the two-year timetable, which would mean the UK would officially exit the EU in March 2019. This tight timeline means the construction industry has just a small window in which to convince the government of its concerns.

Moreover, May’s Lancaster House speech on Tuesday, the first time she has set out her negotiating priorities, revealed her intention to leave the single market in favour of gaining control over immigration. When asked if any business sectors would be exempted from this, she said the government was looking into this matter and that it wanted to “welcome the brightest and the best”. This is hardly the reassurance the construction industry needs given the scale of its skills crisis. However, there was perhaps a more welcome message from the prime minister when she recognised the need for a “phased process of implementation”, a transitional deal to avoid businesses facing the prospect of a Brexit “cliff edge”.

While May’s speech offered an insight into her Brexit strategy, it was still light on details. She was clear that she wants her team to be left to do its negotiating work without having constantly to brief journalists. But if she wants to provide “certainty”, the construction industry will need to know the government is pursuing beneficial transitional arrangements for the sector in the short term and permanent measures that will ensure the industry can deliver the country’s built environment needs in the long term.

So now, we need you to share your experience, insight and expertise to ensure ministers are made aware of the particular needs of construction and that they are held to account over just how they intend to meet those needs.

Building a Better Brexit: How will it work?

The first phase of our campaign involves the magazine working with Lord Andrew Stunell, the former minister for building regulations, to inform a review that he is undertaking for the House of Lords into the implications of Brexit for construction. It now seems likely that both Houses of Parliament will debate the UK’s withdrawal from the EU before the government can trigger Article 50. Stunell’s review will be used in the House of Lords to hold the government to account on the terms of its Brexit negotiations.

Two weeks ago we sought initial feedback from our readers about Brexit and the impact they think it will have on their businesses as well as the industry as a whole. These views have helped us draw up a more detailed survey, which we are launching this week and which will feed directly into Lord Stunell’s review.

Of course, for this process to work, we need your thoughts, views and suggestions.

Remember: you can’t shape the debate if you don’t take part. This is your chance to influence the way the House of Lords challenges the government’s Brexit legislation on the industry’s behalf. The stakes could not be higher.

We have split the survey into three sections:

The prime minister this week confirmed Britain will be leaving the single market, which currently allows for the free movement of workers between all 28 EU countries, in order to regain control of our borders. The government has hinted in the past that a points based system would be ruled out and so a likely solution would be some form of work visa system.

There has been some support from ministers for the idea of free movement of labour for highly skilled people – in September the government signalled that City workers would be exempt from curbs on free movement – but construction labour requirements include large numbers of trades and semi-skilled workers.

According to the Office for National Statistics, 45% of workers on construction sites in Greater London are foreign workers, 27% coming from the EU. However, official statistics tend to underestimate the numbers, and many housebuilders in London anecdotally report 60-70% foreign labour on sites.

At a time of unprecedented demand for construction skills, Brexit could cut off our access to one vital source of skilled and semi-skilled workers. In his review, Mark Farmer predicted a 25% decline in available labour over the next decade due to older workers retiring. Readers’ responses to our campaign so far have indicated a widespread belief that there needs to be an ongoing system for providing employment of essential EU workers. Just this month environment minister Andrea Leadsom gave assurances to the agriculture sector that the government would work to ensure the sector has the “right people with the right skills”. Could a similar commitment be made for construction?

There is a worry that any new system could bring with it additional bureaucracy – with an estimated 950,000 construction SMEs employing workers, the fear is that whatever system is put in place, the increased costs will fall on the companies least able to finance it.

Another concern is the possibility of any new visa system being open to abuse. So a key question for the government would be: how are the right EU workers identified and granted the right to work in the UK? Whatever system is used, it needs to avoid a loophole where people study for near-worthless qualifications to come to the UK, and then not work in the sector.

There has been a recognition from some in the industry that the extent of the skills crisis means that while the government needs to make a special case for EU construction workers under Brexit, the industry should make a parallel undertaking to create clear routes to training and industry jobs for homegrown workers.

The consequences of not negotiating a special deal for construction labour from the EU could be increased costs or reduced output.

While the prime minister has indicated she wants a clean break from the EU, she seems to be leaving the option open for some form of access to the customs union. Commentators have noted that the government will be keen to safeguard the UK’s aerospace and car industries, which have supply chains that are heavily integrated with other EU countries. The interests of the construction industry have been less widely reported. Only 20% of construction products in the UK are imports, according to the CPA, but those that are imported cannot easily be produced in the UK – soft wood timber is one example. Of imported products, 61% are from the EU and tend to be bulky products such as cladding systems, sanitary wear, and M&E systems that would be expensive to import from long distances beyond the EU.

There is a concern in the industry over any restriction on the movement of products from the EU and the imposition of tariffs. According to the CPA, imports of construction products over the past 40 years have tended to fluctuate in line with construction activity. However, the importance of these imports is illustrated by the periods in which the proportion rises significantly, when construction demand is rising following a recession. Any substantial hindrance to UK trade would have a severe impact on the industry’s ability to recover post-recession.

Many in the industry believe two years is not enough time for the UK government and EU to determine everything that needs to be agreed across all the areas of concern including trade agreements. Some have said a five-year transition would be preferable.

The consequences of not negotiating favourable trade agreements for construction products could be the same as not getting a deal on labour: either increased costs or reduced output.