Budget preview: Inside the box

Philip Hammond is not known for showmanship or drama - perhaps that’s for the best, given the wider political and economic upheaval. But the last-ever spring Budget is even more of a mystery than usual. Joey Gardiner looks at what it might contain 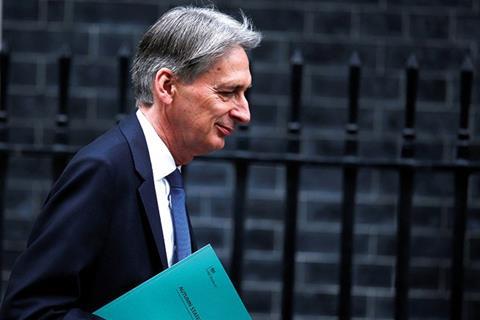 The build-up to chancellor Philip Hammond’s first – and last – spring Budget on 8 March has been unusually low profile by Westminster standards. Partly this undoubtedly relates to the understandable media obsession with Brexit, eclipsing interest in more prosaic matters. Also gone is the excitement generated by the fact Hammond’s predecessor George Osborne could generally be relied on to pull either a rabbit or an omnishambles out of the hat on Budget day – and sometimes both.

Under Hammond, on the other hand, who has been dubbed both “Spreadsheet Phil” for his love of figures and, sarcastically, “Box Office Phil” for his technocratic bore-you-into-submission mode of delivery, the Treasury has been cultivating a reputation for caution. In part this will be welcomed by an industry that has seen its share of Budget day shocks in recent years – not all of them positive. Ion Fletcher, director of finance policy at the British Property Federation (BPF), says: “The first thing that we want is no more nasty surprises. Some stability would be good.”

However, the Budget speech, which is likely to come just days before the triggering of Article 50 to leave the EU, comes at a critical time for construction and development. Brexit has created the most uncertain political and economic climate witnessed since the start of the credit crunch, with huge concern over the availability of skilled labour, the future of regulation, and the overall likelihood of firms to invest in the UK. The majority of Building readers have called for the government to increase capital spending on housing, schools, hospitals and infrastructure in order to cope with the uncertainty, and Hammond has actually promised to lay out a pipeline of privately financed construction projects early this year. So what can the industry expect?

Not that much, is the general answer from those bodies representing the industry. Alongside the dominance of Brexit and Hammond’s innate caution, his decision to cancel the spring Budget after next week’s speech and move the event to the autumn is also keeping expectations low. This change means there will also be an “autumn Budget” this year – and of the two, Treasury officials are hinting the later one will be the more significant. Announcing the change, Hammond said he “won’t make significant changes twice a year just for the sake of it”, and so far he is being taken at his word.

In addition, the recent publication of the housing white paper and the industrial strategy green paper means that major announcements regarding either housing or the construction industry are seen as less likely. Richard Threlfall, head of construction at consultant KPMG, says: “Government is all about the industrial strategy now – but what more can he say about it so soon after it was published? Given the housing white paper too, Hammond is somewhat running out of space.”

Jeremy Blackburn, head of policy at the RICS, says: “The mood music is, don’t anticipate any major change of approach. The main event will be the autumn. My instinct is that this Budget will talk about putting in place the building blocks for a post-Brexit economy, but it’ll in reality be almost business as usual.”

What limited expectation there is for this Budget is largely focused around Hammond’s Autumn Statement promise to reveal a pipeline of privately financed projects under the PF2 system in “early 2017”. As revealed by Building last week, this pipeline is understood to be likely to include schools, hospitals, defence estates and prisons, as well as some individual large projects. For example, the government has already committed to build £1.3bn-worth of prisons – and is thought to be considering delivering large parts of it through PF2.

In addition, the government is also understood to be considering funding major “economic infrastructure” projects with PF2, such as the £2bn A303 upgrade or the Lower Thames Crossing. However, it is not known whether all or part of the government’s plans around a rebirth of PF2 will be announced in the Budget, with it thought likely much of the detail will follow later in the spring. KPMG’s Threlfall says: “The government has spent 18 months promising the rebirth of PF2 so this is probably the front runner for the Budget. But don’t expect a list of 70 projects just yet.

“I don’t think it’ll be just what people expect – we also might see the expansion of private finance back in to economic infrastructure. The single most interesting thing he could do would be to talk about the scope for private finance in the roads sector.”

Other ways the chancellor may want to boost infrastructure investment are by confirming further funding for Crossrail 2 or the proposed £6bn Transpennine Tunnel linking Manchester and Sheffield under the Peak District. The body behind improving communication links within the northern powerhouse region, Transport for the North, is due to publish reports on major road and rail links in the spring, on which Hammond may also decide to piggy-back.

The first thing we want is no more nasty surprises. Some stability would be good

There has been vocal campaigning from the property sector for the chancellor to reverse or revise recent tax changes brought in by Osborne to stamp duty that hugely increased the cost of buying high-value properties, and penalised those buying homes to rent – something the BPF’s Fletcher says has hit the nascent build-to-rent sector. However, observers are in the most part resigned to the fact there is likely to be little change to any of this next week, and will instead look for signals for possible reform at the time of the autumn Budget.

As Building has reported, Treasury officials have been asking industry bodies for information to contribute to a holistic look they are taking at taxation of property in advance of the autumn Budget – which makes it less likely any changes will be made before then. The RICS’ Blackburn says: “There’s been a lot of talk about changes to stamp duty at this Budget but I don’t think it’s realistic. Hammond’s style is to look at tax reform on a longer-term basis.”

The BPF’s Fletcher says: “The spring Budget will be a good opportunity for Hammond to signal that he is thinking about some things, such as the business rates surcharge and stamp duty.” The industry will hope that however cautious Hammond is, it won’t have to wait all the way until the autumn for some reassurance about the UK economy as a whole.

In November, Philip Hammond unveiled an Autumn Statement designed to “build an economy that works for everyone”. It included:

The case: The property industry claims a large proportion of the fall in house sales last year, which have been particularly steep in high-value parts of London, is related to changes to stamp duty brought in by George Osborne, which saw big rises in the rates for homes worth over £1m. Osborne also added a 3% stamp duty surcharge to the purchase of homes for rent, hitting the viability calculations of developers of homes for rent.

Budget gossip: The Treasury has privately signalled it wants to look holistically at the issue of property taxation, in advance of the autumn Budget. Hence it is thought unlikely that will be pre-empted by any measures now. 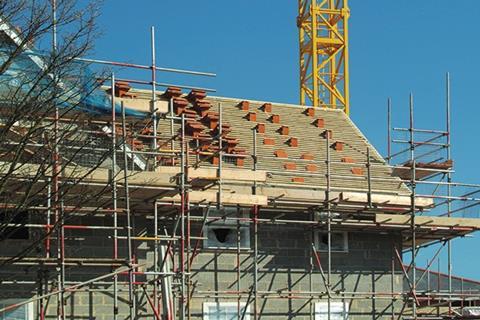 The case: Investment in infrastructure is being widely touted as one of the prime ways to improve the UK’s woeful economic productivity. Richard Threlfall, head of construction at KPMG, says the industry is looking for government commitment to the next generation of transformational schemes, such as Crossrail 2 and the Trans-Pennine Tunnel, and others are campaigning for more cash to maintain and upgrade existing roads.

Michelle Hubert, head of infrastructure and energy at the Confederation of British Industry, says Hammond needs to demonstrate a relentless focus on getting existing projects in the pipeline delivered. “We’re looking for a real focus on delivery, with start and completion dates and profile of how projects deliver,” she said.

Budget gossip: Recent Treasury practice has tended to keep big infrastructure announcements for the Autumn Statement in order that the Budget can focus on fiscal measures. However, the likely focus of this Budget will be strengthening the UK economy in advance of Brexit, with poor productivity its major weakness, which means references to infrastructure investment are all but inevitable. The question is whether any announcements are significant. 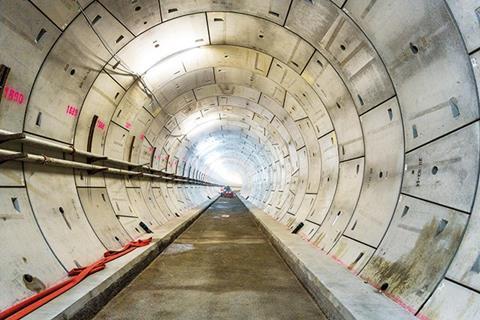 The case: The industry has long been calling for a pipeline of schemes under the revamped system of private finance, PF2, devised under former chancellor George Osborne. PF2 has so far been used to fund just 11 schemes, including hospitals, schools, homes and the Mersey Gateway road bridge.

Budget gossip: Hammond promised in his Autumn Statement to lay out a pipeline of PF2 projects, and some reference to that is seen as almost certain. What is unclear is whether the Budget will include the full pipeline or just a taster of it, with full details emerging later in the spring. 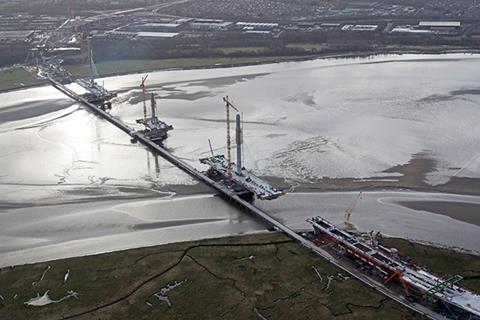 The case: Budget submissions by the Construction Products Association (CPA) and the Home Builders Federation (HBF) have both called for measures to support the housing market. However, while the CPA has called for potentially expensive measures such as quantitative easing for housing, more lending for small builders and stamp duty holidays, the HBF has concentrated largely on policy measures – many of which have already been picked up by the housing white paper. Both, however, are united in calling for certainty over the future of the government Help to Buy scheme supporting purchases of new-build homes, which has funding until 2020.

Budget gossip: With the recent publication of the housing white paper, and significant funding for housing in the Autumn Statement, the prospect of major housing announcements is believed to be small. However, in the announcement of the £23bn National Productivity Investment Fund at the Autumn Statement, the chancellor held back £7bn for as-yet undetermined “long-term investment”, so he does have some flexibility should he decide it is a priority. 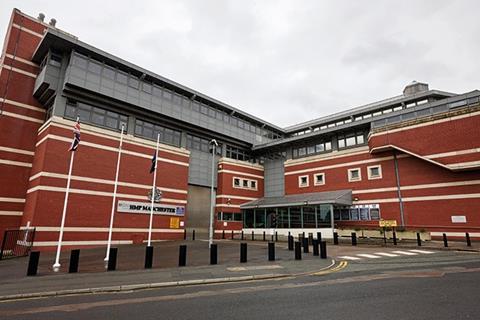 The case: With last month’s National Audit Office report on schools capital funding highlighting the poor state of the UK’s education estate, and similar pressures across hospitals and prisons, there will be many hoping the chancellor is able to find extra money for public building programmes. The Education Funding Agency, for example, is understood to have asked for commitments to a further wave of school building when the second phase of the Priority School Building Programme runs out.

Budget gossip: Sources suggest departments are largely pinning their hopes on the autumn Budget for significant funding increases for public capital programmes. A review by Robert Naylor on the future of the NHS estate, originally earmarked for release in the autumn, is now due to be published shortly and could be coincided with the Budget to demonstrate progress in this area. In general, however, it is likely any public building announcements will be tied into the relaunch of PF2.

Follow our live coverage and expert analysis of Wednesday’s spring Budget on www.building.co.uk and on Twitter @BuildingNews