Building Awards 2020: Personality of the Year 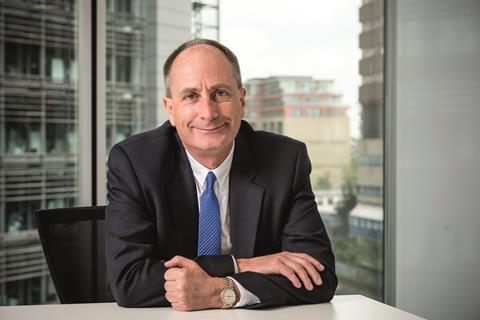 As chief executive of Tideway, Andy Mitchell is in charge of one of the UK’s most ambitious infrastructure projects in the UK, the £4bn, 25km-long “super sewer” Thames Tideway Tunnel currently being built underneath London as part of the capital’s multibillion-pound sewer upgrade.

A graduate of Henley Business School and Imperial College London and a fellow of both the Royal Academy of Engineering and the Institution of Civil Engineers, Mitchell is no stranger to working on large-scale infrastructure projects. He joined Tideway in 2014 from Crossrail, where he was a board member and programme director overseeing the construction of London’s newest railway, and prior to that worked for eight years at Network Rail, including five years as programme director at Thameslink.

Mitchell combines his current day job at Tideway with being co-chair of the Construction Leadership Council (CLC), a role he took up in 2018. This year, as the UK construction industry found itself battered by the effects of the coronavirus pandemic, he rolled up his sleeves at the CLC and led the charge on the sector’s behalf, urging the government to speed up loans to hard-pressed companies.

With his CLC colleagues, he helped create a taskforce to support the industry through the pandemic and developed the Roadmap to Recovery, which he believes will provide a unique opportunity to “restart, reset and reinvent” the sector over the next 12 months and beyond as it recovers from one of the worst downturns in living memory. Mitchell also took up the cause of suppliers as the lockdown hit the cash flows of smaller firms. In April he wrote to large construction companies, warning them to pay on time and that failure to do so risked putting off government support for the sector, labelling payment delays to suppliers “unacceptable and inappropriate”. The CLC was also behind a talent retention scheme to prevent thousands of staff leaving the industry because of redundancy, which was formally set up by the chancellor, Rishi Sunak, during the summer.

And while he has been instrumental in maintaining the industry’s visibility in the viewfinder of government during the pandemic, Mitchell has also been active in seeking to get the best result for the UK construction industry as the country prepares to leave the EU at the end of this year. As the clock ticks away and talks continue between UK representatives and Brussels, the CLC assembled a new taskforce to brace the industry for the impact of Brexit when the transition period comes to an end at the end of 2020. The new team, known as the Brexit Working Group, will advise the government on how to protect the construction sector in case of a no-deal scenario.

As a standard-bearer for the UK construction industry, Mitchell was already in a class of his own. That he has continued so strongly in this role in a year like 2020 is further testament to his passion for the sector, his determination and his talents. He is certainly a worthy recipient of Building’s Personality of the Year Award 2020.