Earlier this month, Building conducted a snapshot survey to gauge the views of its readers on gender pay gap reporting within their organisations, as well as across the sector. Here, we share some of the survey’s findings, including some of the differences between male and female respondents.

Do you feel your company’s action plan is sufficient to close the gap? Male respondents 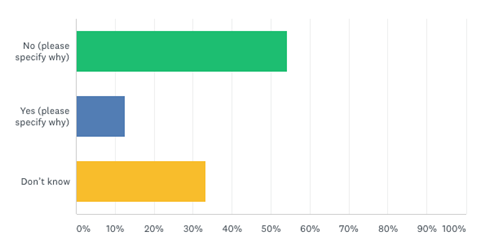 Do you feel your company’s action plan is sufficient to close the gap? Female respondents

Do you feel women and men currently have equal opportunity for career progression at your firm? Male respondents

Do you feel women and men currently have equal opportunity for career progression at your firm? Female respondents

Which factors contribute most to the official gender pay gap of 24.8% for the whole of the construction sector? (select as many as you feel are relevant) 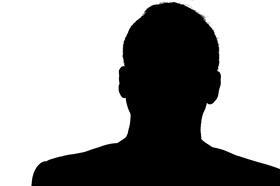 “Men started in construction careers earlier meaning more are at senior higher paying roles. Less opportunity culture of letting men work part time. They are not seen in the media as having an equal role to play as women in raising families, therefore, paternity leave part-time working is looked down on for men.”

“Men and women have different preferences and make different career choices. There is no gender pay gap when these are taking into account.”

“Women are less likely to work in senior roles” 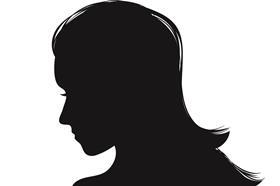 “It’s a boys club, and boys look after the boys.”

“My experience is that men over estimate their abilities and women underestiame theirs. Women tend to niavely believe if they work hard and do their job well this will be rewarded. Men appear to judge their status by salary more clearly and push for more money more effectively. Lack of transparency about salaries usually mean women are unaware of the pay inequality. The constructiion industry is a boys club witgh women ‘not fitting the culture’”

“In Central Govt it is more of a gap between classes / privately and publicly educated than anything else.”

“It was worse than I expected”

“It’s now transparent & we will do what we can to address any unjust imbalance.”

“There should be more focus on the gap between people doing the same role. It’s a matter of time before we have more women in leadership positions, the same as has happened in other industries and professions.”

“Likely to always be a fairly substantial gap, but as long as staff are treated fairly regardless of sex, so what?”

“Historically women have not entered the construction industry so therefore it leads to fewer women now being in management positions. I feel this is changing and there are certainly a lot more women at graduate levels than there used to be, so all things being equal over the next few years the gender pay gap will equalise.”

“I wasn’t surprised. You only need to look at the senior management here. Boys club through and through.”

“We considered publishing ours, even though we don’t have to, but decided not to as the measure is misleading and has been misrepresented by the media is if it measures unequal pay - eg: headlines like ‘women paid 30% less than men’ - that suggests women are being paid less for doing the same job which is not what the gender pay gap shows … the media has a responsibility to report on this accurately and to explain the reasons for the gender pay gap in our industry, not to mislead the public”

“It is unacceptable and the reason given with regards to disproportionment of men:women is simply not good enough, as no study with regards to equal pay has been carried out and there is nothing that indicates it will be, even though a number of women staff has already asked for this. The gender pay gap report is not transparent enough and the ‘plans’ to lessen the gap I feel are just token responses to show that companies will do ‘something’ to tackle the issue. As one of the senior women staff in my company I am not reassured enough to believe that my company is indeed genuinely concerned about the gap because I do not feel that anything robust will actually be done about it.”

“There has been a shift in the project delivery team from an ethnically and gender mixed team promoted at all levels to only senior white middle aged men as the sector has shrunk.”

“Our company statement to all staff commented ‘the pay gap was not acceptable’ and confirmed a pay audit would be undertaken. This was far better than many other company statements reported, where the organisations made excuses and no commitment to an equal pay audit or promoting the establishment of staff Gender Networks to work with management. A sorry state of affairs.”

“As a young woman in construction; simply frustrating and disheartening.”

“I think the pay gap data is very much influenced by the seniority males and females have in their roles. Whilst it’s recognised women are under-represented in the industry, I do think the issue runs deeper in that women are less likely to push or ‘sell’ themselves to justify a pay rise or promotion. Men seem more self-confident in doing so in this industry. I suspect as it has been male-dominated for so long.”

“With so few females attracted into the trade / operative roles in construction, I think it will always be a male dominated industry however I think most companies are making efforts to work towards a more balanced workforce. The wide reported skills gap means that the industry will have to work hard to attract more people to work in construction regardless of gender.”

“I think that it is something that requires to be addressed as women shouldn’t be penalised for taking a career break to have children or feel that they need to return to work sooner than they would like to after having children so as not the be penalised. Data shows that the most successful companies have a higher percentage of women in senior roles than is typically the ‘norm’ so this should be encouraged, embraced and rewarded”

“It is all good and well saying to address it we will aim for a 50:50 divide at Graduate and Trainee level. Most companies indicating by 2020. This percentage is potentially unrealistic, with representation of females in the university lecture theatres being at best 1:20 ratio. Then attracting trainees, is based on stigma of the industry. It is also showing younger females, deciding on what to go into, that it is achievable to become upper management within the industry etc.”

“Disappointing and makes the construction sector appear unattractive and unequal.”