Can Ken untangle the tube? 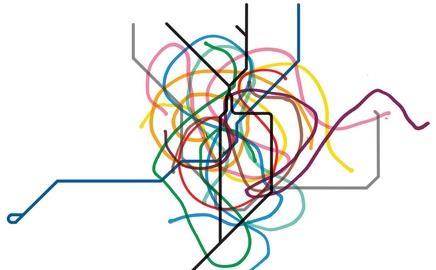 Transport for London’s bid to take over the demoralised Metronet consortium is virtually a done deal. But what happens then? Katie Puckett and Stuart Macdonald report on the task awaiting the London mayor and his team

‘Nobody really knows where this is all going to end and, to be honest, we’re all a little beaten down by it now.”

Such is the feeling inside Metronet, the tube consortium that is set to come under the control of London mayor Ken Livingstone. It will not be much consolation to this speaker, but others with an interest in the tube are also wondering what will happen next.

Since it was set up in 2003, Metronet has suffered delays, public rows and losses of up to £2bn. It entered administration in July, and last week, it emerged that Transport for London (TfL) the mayor’s transport body, had made a bid to take it over.

As the news was announced, five Metronet managers made a rush for the exit, led by managing director Andrew Lezala. He will be replaced by Andie Harper, a former London Underground (LU) executive. Metronet’s main shareholders, Balfour Beatty and Atkins, are also drawing a line under the affair. Indeed, a spokesperson for Balfour said last week that its “reputation is intact as far as TfL is concerned” and that it would “definitely be interested in new contracts”.

What will happen to Metronet?

Privately, though, there is lingering resentment over the role that Livingstone and his team at TfL played in Metronet’s demise. “We could have managed this better and, because we didn’t, LU was impossible as a customer,” says a Metronet source. “It became a very difficult situation, as you need to be tough to be able to deal with TfL.”

A TfL spokesperson said that it was expecting to hear the administrator’s view of its bid in a matter of weeks, or even days. The amount on offer is commercially confidential, but TfL is clear that there will be no extra cost to the taxpayer.

One source from a Metronet shareholder compared the situation to that of contractor Laing before it was bought by O’Rourke for £1. But in this case, there will be no bid from the private sector. “TfL is the only game in town,” he says. Nobody would try to bid against their ultimate client, unless the prize was very tempting, but bidders have little idea what the contracts are worth. “There’s so much uncertainty as to the state of it,” says one consultant working with Metronet. “If you had three months for due diligence it might be different.”

If the bid is accepted, there will be a transition period of a few months before the two Metronet companies that cover the deep and sub–surface lines transfer to nominee TfL companies. Then it can address itself to finding the best way to continue the work.

What will happen to the work?

Metronet’s legacy comes in four parts: day-to-day maintenance, new trains, upgrades to track, and stations. The basic question facing TfL is which elements it will hand back to the private sector.

The industry’s consensus is that, no matter how much Livingstone may dislike the PPPs, renationalisation is not an option. TfL might take over the maintenance work, but it will not be able to carry out the capital work – and even if it did, the Treasury would not allow it back on to its books.

Tim O’Toole, LU’s managing director, has said as much. He gave a speech to the CBI in September last year that made it clear he wanted to reorganise Metronet’s contracts and parcel out them out to the private sector.

As for the trains, an expert close to the consortium said TfL is more or less stuck with its £4bn contract with Canadian company Bombardier. “It’s probably so far down the track that they couldn’t go out and retender in any sensible timescale.”

This leaves the works to upgrade the tracks and the stations. The source close to Metronet said he believed the current contract, which covers the upgrade and maintenance of more than 200km of track, was seen as the best way to deliver the programme, but that TfL would be looking for a better price. Metronet’s Achilles heel was that it restricted its contracts to four out of its five consortium members, which made it difficult for Metronet-the-client to put pressure on Metronet-the-supplier. Now, with Network Rail cutting its contractor framework from six to four, dropping Carillion and GrantRail, there’s the market capacity to secure a better price.

Where Metronet came a spectacular cropper was the station upgrades, which have been subject to delays since the beginning. “It’s well recognised that the station delivery project needs serious reforms,” says the source. “It’s behind time and the scope is opaque.”

A source at Costain, who was due to work on station upgrades for Metronet before it went bust, said: “The main problem with Metronet was that they were spending far too much time working out what the contract wanted and not enough time doing the work. One of the biggest issues was so-called ‘grey assets’. This is where a PPP contract says ‘refurbish station x’, which could mean anything from ‘give it a good clean’ to ‘replace it’.”

Metronet’s shareholders say the scope of works was changed, a charge that TfL denies. A TfL spokesperson said: “We don’t believe the problems were due to any change of the scope of the works. We believe, we know, that the problems of Metronet were a result of its own failure to plan, manage and execute the work.” The independent PPP arbiter will report on 12 November on whether the extra costs of the work were caused by Metronet’s inefficiency or outside factors.

The source at Costain said there was a huge appetite in the industry to pick up the pieces after Metronet’s collapse. “TfL has been focused on the day-to-day running and maintenance of the network,” he said. “It’s not so focused on upgrading the stations and all the other capital works. From an industry perspective, I would see this as a big business opportunity.”

One option is to follow the example of Tube Lines, which used medium-sized firms to carry out its stations work and adopted the role of programme management. TfL could go down this route, or employ a programme manager such as Bechtel to oversee it.

The Costain source said: “Given that it’s TfL’s money and assets it will obviously want to look at it closely. But it would be very ambitious to say it wanted to run a son of Metronet as it was such a massively complicated set of contracts.”

No doubt it will take a long time before we know exactly where all of this will end, but the next few weeks should at least tell London’s harassed commuters who they can blame next.

Stuck on the train

April 2003
Metronet takes on two 30-year contracts worth £17bn to upgrade and maintain
two-thirds of the tube network
November 2005
Atkins complains of delays in the capital programme, inconsistent operational performance and restructuring costs
June 2006
Atkins reports a £7.3m profit fall at Metronet
November 2006
The arbiter’s first independent review of Metronet’s performance says it has not met the standards expected of it. Atkins’ interim results reveal a £400,000 loss on the consortium
December 2006
Atkins chief executive Keith Clarke steps down as Metronet chairman. He is replaced by Graham Pimlott
March 2007
London Underground launches a High Court battle against Metronet over the consortium’s failure to meet deadlines for station upgrades
April 2007
RMT union plans three-day strike over Metronet’s plans to transfer staff to parent companies. Strike is called off the following day. Atkins and Balfour Beatty issue financial warnings in connection with Metronet. Ken Livingstone says the PPP could collapse
May 2007
Metronet says it will make about 300 of its permanent staff redundant
15 June 2007
News emerges that Metronet’s cost overruns may be as high as £1.2bn by 2010. A week later
Metronet asks the PPP arbiter to conduct a review of the overspend
26 June 2007
Atkins reports a loss of more than £100m on its tube PPP. Three days later it refuses to promise more money for Metronet
6 July 2007
Metronet admits it may be responsible for the derailment of a train between Mile End and Bethnal Green stations the previous day
16 July 2007
Metronet is denied £551m of emergency funding
18 July 2007
Metronet goes into administration
24 August 2007
Balfour Beatty posts an interim pre-tax loss of £56m
3 September 2007
More than 2,000 RMT workers strike over concerns about jobs and pensions
14 September 2007
It emerges that the administrator has approached private bidders to raise interest in the failed PPP
25 October 2007
Transport for London announces that it has made an offer for Metronet

Ken Livingstone has never made any secret of his contempt for the PPP model chosen to maintain and upgrade London Underground. He described the two private-sector consortiums that took on the contracts as “the worst scum of modern capitalism” and denounced the “obscene” profits they would make.

The contracts were supposed to be worth £50m a year, but for the companies involved in Metronet – Bombardier, EDF and Thames Water, as well as Atkins and Balfour Beatty – it could hardly be described as a cash bonanza. Earlier this year, Balfour Beatty wrote off £103m and Atkins £121m. In June, Metronet called in an independent arbiter to help it recover £2bn of cost overruns, but it was no good. Denied £551m of emergency funding, it went into administration in July.

Since then, administrator Ernst & Young has struggled to create any private sector interest in the company. Hardly surprising, really, given its track record, the lack of knowledge on the work yet to be done and a militant, unionised work force that’s already called one strike.

There were rumours that Tube Lines, the consortium working successfully on the other part of the tube network, would bid for the company, but not without the say-so of its master, London Underground. That was not to be.

With the ultimate client, Transport for London, now wading in, it looks like Metronet’s contract will come back firmly under Livingstone’s control – exactly where he wanted them all along.

For a full history of Metronet search www.bulding.co.uk/archive