Carillion didn’t buy a pup, it was a monster. How would it tame mowlem? 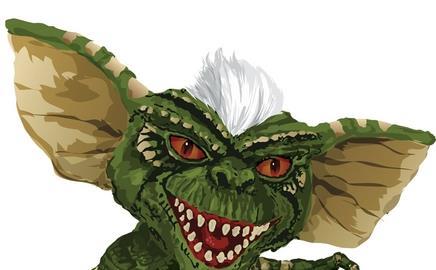 It thought it was getting a fabulous £12bn defence contract tied to an old-style contractor with one or two financial issues, but then came the midnight snacks, and the multimillion-pound writedowns ... Carillion’s boss John McDonough tells Angela Monaghan what happened over the next year

John McDonough is taming his gremlin. Since the Carillion chief executive orchestrated the £313m takeover of Mowlem just over a year ago, he has been forced to make writedowns totalling £90m on problem contracts unknown to him before the acquisition. The City got nervous, questioning Carillion’s due diligence process. The mischievous creature that is Mowlem threatened to ruin its new owner’s reputation.

Now over the worst, McDonough is in a relaxed but defiant mood as he sits in Carillion’s office in the West End: “Clearly, we are human beings and we were very disappointed but, in my language, we drew a line under it.”

The disappointment was buying something different from what he thought he was buying, and ultimately not at the price negotiated. But Carillion has turned things around: its share price is now well over £4, compared with less than £3 last June, it is assimilating Mowlem, and this is the tale of how it did it.

When the acquisition was completed last February, Carillion insisted Mowlem was a perfect strategic fit. Arguably, what this really meant was that McDonough got his hands on Mowlem’s £12bn Allenby and Connaught project for the Ministry of Defence (MoD), the UK’s largest ever PFI deal. “It was better than we thought,” says McDonough. “It was the Koh-i-Noor diamond.” And just to sweeten the deal a little more, it gave Carillion a much more significant relationship with the MoD.

The City recognises all this. However, at least one critic thinks the MoD work is the only good thing in the deal, given that Mowlem announced a £73m pre-tax loss in September 2005. “The relationship with the MoD is the only outstanding thing that Mowlem has brought to the party,” says kevin cammack, analyst at Kaupthing Singer & Friedlander. “It is the one thing that Carillion could not have delivered itself.”

One of the problems with the deal was that McDonough had spent his previous five years as chief executive moving Carillion away from traditional building work to higher-margin construction services. In 2006, £960m of Carillion’s non-Mowlem turnover – almost half – was in support services. This business yielded a 4.8% margin, compared with 0.8% in construction. That compared with Mowlem’s 1.1% in support services and 0.6% in construction. In the first half of the financial year, Mowlem contributed zero profit to its new parent.

McDonough says he plans to transform Mowlem in the way he did Carillion, but there is an argument that the deal is regressive. “It was a backward step,” says Cammack. “Having spent five years moving towards services, it has bought the best part of £1bn of lower-quality or traditional work revenues.” What Carillion does have to watch out for is an exodus of Mowlem people concerned that it is not committed to construction in the long term. One insider says that about 1,000 former Mowlem staff have left the group since the takeover, although Carillion says that departures have been in line with the year before.

McDonough accepts that Mowlem’s reliance on low-margin work is far from ideal and adds that there is no quick fix for this: “This is not about waving a magic wand. It is about being selective with projects and clients and making overhead and supply-chain savings.”

He wants to raise construction margins to what he describes as “the holy grail of 3%”, while growing the top line in support services.

More significant than Mowlem’s low margins were its hidden problems. In 2005, Simon Vivian, then chief executive, wrote off £72m, and many in the City felt he had taken an ultra-conservative approach while associating the problems with his predecessor, Sir John Gains. Carillion then wrote down another £45m of problem contracts when it agreed the takeover at the end of 2005. Few, if anyone, thought there could be more problems.

The £90m that got missed was announced last April. The main problems were on the Dublin Port Tunnel, Europe’s second longest urban motorway project, and a £95m Exeter schools PFI scheme. Chris Girling, Carillion’s finance director, said the problems were worse than expected at the former and a surprise on the latter – even though Building had reported eight months earlier that the schools were behind schedule. In effect, this added £90m to the £313m Carillion had already forked out.

Then came another nasty surprise: one morning in March, just two weeks after the takeover, there were knocks on the doors of Mowlem’s west London and Nottingham offices. The Office of Fair Trading (OFT) was – and seems still to be – investigating whether they had been parties to bid-rigging.

It is hard to avoid the feeling that Carillion should have done its homework better. But it had a rival for Mowlem: Balfour Beatty. McDonough says Carillion had to get the deal done fast to win the prize: “An acquisition is a risky business. It was a competitive due diligence with Balfour Beatty, so we could only spend a certain amount of time on it.”

I’ll catch the beast myself

One year on, McDonough has ridden out these problems. The most impressive part of the story is the speed with which Carillion has digested Mowlem: at the time of the takeover, it said it could make savings worth £15m a year. In fact, the figure will be £26m. Not bad, given that Carillion doubled its numbers to 40,000 and increased its market capitalisation to almost £1.7bn, not far behind Balfour Beatty’s £2.1bn. “We did the integration ourselves,” says McDonough. “We didn’t bring in a bunch of management consultants.”

A lot of the savings have been in IT, insurance and legal advice, not to mention the disposal of Mowlem’s head office in Bracknell, Berkshire, and other property in Leeds. According to McDonough, the 300 redundancies resulting from the merger were dealt with in the first six months and no more are planned. He says it was surprisingly easy to get Mowlem staff onside: “They’d had a torrid 18 months of profit warnings and not paying suppliers. We knocked down all the walls.”

Carillion also decided not to shy away from the OFT investigation. Fifty-seven contractors were implicated in the OFT investigation. Mowlem was one of just two that admitted it (Morgan Sindall was the other). Carillion ensured the agency had access to all the information it needed, meaning it should have a reduced penalty if wrongdoing is proved.

Most importantly, financial prospects for the combined group look good. Even the gremlin looks likely to make a contribution. Howard Seymour, analyst at Bridgewell Securities, is predicting that growth in Mowlem’s margins in construction and support services will push Carillion’s overall growth rates up 20% in 2007 and 15% in 2008.

Seymour adds that Mowlem’s regional building will be a great boost: “Regional construction activities will also fare well, as much of the spending in the public sector especially is filtered down to local levels.”

According to Seymour, all this means that Carillion’s current share price of about 415p undervalues the company and that it should trade at 455p to 460p.

Of course, McDonough’s working life has changed now that he is running a business twice the size of the one he joined: “I’m not as hands on as I was. I’m not sat here with a glass of champagne smoking a cigar, but it is a lot less frantic than it was five years ago.”

Despite all the headaches that Mowlem brought, McDonough is sanguine. Maybe he realises that there is some truth in the words of a senior City figure, who said: “Millions of pounds of writedowns and they don’t seem to have been punished. They got away with it.”

Read the history of the Mowlem deal at www.building.co.uk/archive