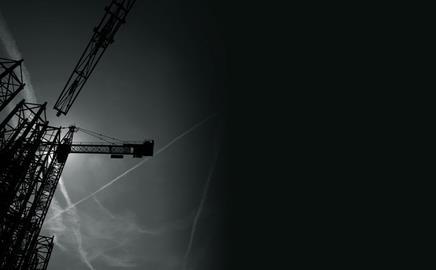 Last week, the HSE finally caved in to Building’s demand for a national register of checks on tower cranes. Sophie Griffiths asked some of those who supported our two-year campaign for their reaction

Building has scored a resounding victory in its campaign to improve crane safety after the Health and Safety Executive last week bowed to pressure to create a national register of checks carried out on tower cranes.

Building’s Safer Skyline campaign was launched two years ago after a spate of crane accidents that killed five people in the space of six months, including major accidents at Liverpool and Battersea.

The campaign, backed by top housebuilders, contractors and nearly 100 MPs, centred on the adoption of a tower crane register to ensure appropriate checks were being carried out on cranes and to reassure the public over their safety.

The decision was announced in a board meeting of the safety body on Wednesday. Judith Hackitt, HSE chair, said the register would initially be voluntary but would become statutory “once we know what makes sense and makes value”.

Building was joined in its drive for the register by safety minister Lord McKenzie, and a Department for Work and Pensions (DWP) select committee on safety, which backed the proposals last April. James Purnell, the secretary of state for work and pensions, came out in support of the campaign on 9 December last year, sending the following letter to the select committee:

“A number of discussions have taken place on tower crane safety. We have asked the HSE to bring forward proposals early in the new year to improve the use of this equipment, as well as enhancing the operation and transparency of the current system, so that assurance can be provided to workers and members of the public …

“I can confirm that in the new year, the HSE will be bringing forward further proposals to strengthen and enhance tower crane safety. I have asked that this work include proposals for the development of a tower crane database, as recommended by the committee.”

Here some of the safety groups, unions and MPs who supported Building’s campaign celebrate the win, and gauge its potential impact on preventing future crane tragedies.

“Building is to be commended for raising awareness of this issue. The register won’t deal with the issue on its own but it will raise other issues such as the competence and maintenance of tower cranes which need to be looked at. The more publicity about the causes of these accidents, the better.”

“It’s great news – something we have been demanding for a long time. Well done to all who have been pushing for it. Building is to be congratulated for speaking up about the need for greater safety with cranes despite a lot of people resisting it. We now need to establish exactly what the register is going to record – not just the age of the crane but how it’s being used, the type of crane it is, the weight loads. How long must we wait before it becomes statutory? I hope it doesn’t take another accident for this to happen.”

“I thoroughly congratulate the magazine on the success of the campaign. The target has been achieved because it is right. Anyone who has seen the consequences of a crane collapse will know the benefits that this register should bring.”

“After the crane collapse at Forest Hill [in south London] in December 2007, it took two weeks to find out who owned the crane. It is vital to have this register. It should be statutory straight away but this is a good first step.”

“The select committee has been pushing for this register for months – the HSE wouldn’t even entertain the idea. We have revisited and revisited this, but they have consistently resisted the register because they didn’t want to do it. But at the meeting [between the government and the HSE in December] James Purnell said he supported the select committee’s proposal for it. He gave the HSE a month to come up with a workable solution.

“This must become statutory – there have been far too many accidents. Every major economy has one, France, Australia, Germany – why don’t we have one?”

“It’s really great that a publication such as Building is able to improve health and safety and have such an impact on the industry. The register will enable us to raise questions about the competence of the people checking the cranes, but the real burden of health and safety is borne by the loved ones of family members killed in accidents.”

“When a tower crane is first put up, a thorough examination must be carried out as a requirement under the 1998 Lifting Operations and Lifting Equipment Regulations. All that is required is for copies of the existing certification to be sent to a central register, held by the HSE. The value of this approach is that it could be implemented easily, and the additional administration for the industry would be kept to a minimum. This would lead to a high level of compliance.”

“We are extremely pleased the HSE has agreed to this register, but we believe it must become statutory at the earliest possible date. We were very sympathetic to the Safer Skyline campaign and we believe that Building’s campaign played a useful role in influencing the industry to create a register.”