Engineering consultant of the year 2013

Engineering has had an exiting year, from the Large Hadron Collider, to the World Trade Center, but it was Mott MacDonald’s customer satisfaction levels and international growth that impressed 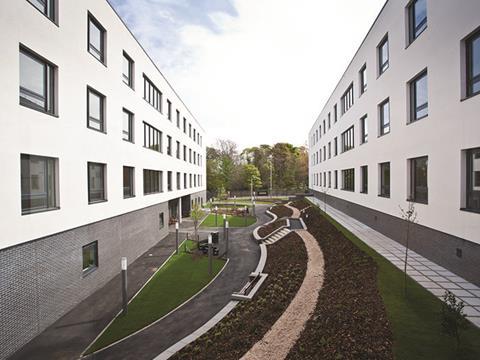 Throughout the recession, Mott MacDonald reports that its income has grown year-on-year, reaching £1.1bn in 2012 based on its global turnover. In the last year the company’s UK turnover increased by 1.5%, while its overall income grew 3%. Operating profits in the UK were up by 2% in the same period, as were overall operating profits. Mott MacDonald reports that it remains debt-free and its employee-owned status allows the firm to invest what it earns in the development of the business and its staff. The firm also says it has achieved a remarkable turnaround in the source of its work in the last 10 years, going from a 70%-30% UK-international split in its revenue to the exact reverse. The judges praised the growth in Mott MacDonald’s international work, as well as its customer satisfaction levels and low staff churn.

While many of Aecom’s key financial figures were not available at the time of its awards submission, the company can boast of working on some of the most high-profile projects in the UK. Recent highlights include Aecom’s contribution to the legacy of the Olympic park in east London as well as its work delivering the huge Media City project in Salford, on which the company was instrumental in securing tenants such as ITV and the University of Salford. The company also helped achieve a BREEAM “excellent” rating on the redevelopment of the BBC’s Broadcasting House in central London.

While Arup’s UK revenue has dipped in the last year, profits are up, albeit marginally. However, overall income is up and overall profits grew by 16.4% in the last year to £29m. The company can also be proud that, even in uncertain times, it has increased its headcount by 2%, from 9,934 to 10,135 in the last year. Arup can also boast of working on two of the world’s most technically advanced projects: the CERN International Linear Collider in Switzerland and the space shuttle Endeavour in California, US. Arup also says that it has maintained its investment in staff training at 5% of the company’s turnover for the second year in a row and that in 2012 it invested 4% of its turnover into research and development, consequently bringing new products to the market.

While Cundall’s overall income remains unchanged year-on-year, its overall operating profits increased by 22% in the last year, despite decreasing revenues and profits in the UK. The company says that it has resolved to increase its international work to represent 50% of its workload and is expanding into countries including Qatar, Singapore and Poland. It says that almost all of its foreign expansion has come from organic expansion, which has enabled the company to maintain its own culture no matter where it operates. Key projects in the last 12 months have included the Lee Valley White Water Centre for the London 2012 Olympic Games and social networking giant Facebook’s first data centre outside the UK, to be based in Sweden.

With a turnover of £4.8m in 2012, Red Engineering Design is a relative minnow in the engineering consultancy market. However, the company has seen strong growth, with income rising 22% in the last year, and operating profits up 182% to £127,000. The firm has been chasing international work, with UK-based engineers working on projects in India, Hungary, Cameroon, Ethiopia, Romania, Turkey, Oman, Qatar, Kenya, Singapore and the Baltics in the last year. The company also established offices in Istanbul, Muscat and Singapore, entering into partnerships with local firms in each case.

WSP Group has seen disappointing results in the last year, with UK operating profits down 28% and overall profits down 13%. However, WSP says that the company’s 2012 merger with Genivar fulfilled the firm’s ambition to become a global operation. It says that its expanded reach now allows it to work in every continent and take advantage of the skills of 15,000 professionals. The firm has worked on some of the world’s biggest projects in the last year, from the World Trade Centre in New York to London’s Shard.