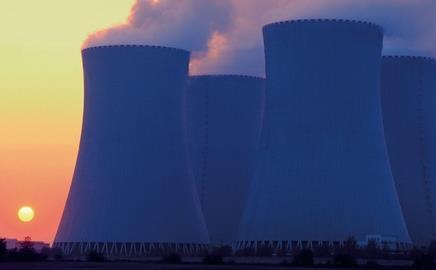 As the government prepares the ground for its long awaited nuclear new-build programme, engineers, programme managers and consultants are picking their teams to compete for the UK’s fastest growing market. Sarah Richardson looks at the main players

Last week’s announcement by Alistair Darling, the trade and industry secretary, that the government was to start to identify suitable designs for nuclear power stations was a clear signal that, despite the energy white paper’s lack of detail, a new-build programme can be expected soon.

Objections by environmental groups mean that the government has to complete yet another consultation before it presses the nuclear button, but the industry has anticipated the decision by buying or developing its nuclear expertise. It is easy to see why: a £12bn programme would make the nuclear sector the industry’s fastest growing market.

project managers, engineers and consultants are forming and expanding their nuclear businesses, and making contact with the most important firms in the atomic supply chain: the four reactor design vendors. These are French engineer Areva (formerly Framatome), the Japanese firm Toshiba-Westinghouse, Atomic Energy of Canada and the US company General Electric.

Here, Building identifies the ones to watch.

Atkins has a nuclear services division, headed by Paul Dollin. Its aim is to create an establishment of 300 nuclear specialists. The firm has set up its own nuclear and power skills academy to retrain its civil engineers. It has also confirmed an interest in the sale of British Nuclear Group (BNG), the public sector decommissioning authority.

The company launched its Nuclear Focus subsidiary in July 2006 with Colin Robertson as executive director. It aims to have 300 dedicated nuclear staff by 2009 and is in talks over forming alliances in the UK and abroad. It has expressed an interest in new-build stations in China, ahead of its UK work, and is chasing decommissioning work in eastern Europe to hone its expertise.

This engineer has a background in new-build and decommissioning work and waste storage facilities. It was the cost manager on the Olkiluoto 3 station on the west coast of Finland, and has been involved in the design of Britain’s existing nuclear plant. It is now building up its energy business and nuclear expertise under Simon Harrison, its energy director.

Amec is in the process of selling its built environment businesses and reinventing itself as an energy company. Samir Brikho, the chief executive who took over from Sir Peter Mason last year, was previously the head of power systems at energy firm ABB.

It has already formed an alliance with the United Kingdom Atomic Energy Authority (UKAEA) and CH2M Hill to pitch for clean-up work, and is also managing the re-opening of two reactors in Ontario.

This Texan firm is launching a dedicated nuclear branch within its existing power group, which will be based in South Carolina. Earlier this year it said it intended to “vigorously pursue” nuclear projects in the UK.

Fluor worked on 20 projects in the US between 1970 and 1993 and has worked on decommissioning in the UK. It attempted to buy BNG as a single entity, but the approach was rejected by the UK government, which preferred to break it up.

Jacobs is working on large decommissioning projects on sites at Sellafield in Cumbria, and Capenhurst in Cheshire. It is also understood to be interested in buying the project services arm of the BNG.

Costain recently appointed Paul Campbell director of its nuclear division. He had been the managing director of Rolls-Royce Nuclear Engineering Services.

It plans to increase the expertise of its nuclear division and has confirmed that it is talking to nuclear generating companies and financial institutions about new-build partnerships. The company is involved in decommissioning and is working on a waste disposal contract at Sellafield for BNG.

The firm’s presence is growing in the UK, where it made a £5.4m operating profit last year. It may enter the UK nuclear market alone or in a joint venture with other companies. It is presently gathering new-build experience on a £203m contract to build the Flamanville 3 power station in Normandy.

Balfour Beatty has been active in the sector for almost 50 years and is currently working on 17 nuclear projects, including Hunterston and Dounreay in Scotland. Its work in the sector is led by its civil engineering division and Balfour Kilpatrick, its M&E arm.

Its partnership with Turner & Townsend was the first major alliance in the UK construction industry aimed at nuclear work. Together they provide project management services at Sellafield for BNG and could bid for new-build work. EC Harris has also entered a formal expression of interest for part of BNG, which would enable it to develop its nuclear construction capacity.

This company is building up its presence in the nuclear market through its joint venture with EC Harris. This month, it established a working party, headed by Bill Woolgar, a director, to consider other alliances.

In April, WYG announced the appointment of Lawrie Haynes, former head of the BNG, as its chief executive. Haynes will take over in July, and will continue a programme of expansion into the energy sector. This month, the company launched an energy division, headed by Richard Coakley, to focus on nuclear and renewables work. WYG has experience of consultancy work in nuclear decommissioning and waste management and has been appointed by the Nuclear Decommissioning Authority to the review panel looking at accelerating the decommissioning of Magnox sites.

Currie & Brown appointed Jim O’Neill to head its nuclear team last September. He was previously head of estimating and cost management at BNG. He will now have responsibility for overseeing the expansion of Currie & Brown’s market share and will be looking to set up joint ventures. The company has been working on the UK atomic energy authority site at Dounreay since 1990.

Gleeds established its Gleeds Energy arm in 2005, although it has a 20-year track record in the sector. The company has experience of nuclear new build, decommissioning and clean-up. Under Nigel Adcock, who heads the energy division, the team is expanding and has been loudly supportive of nuclear power.

For more on the nuclear sector, search www.building.co.uk/archive