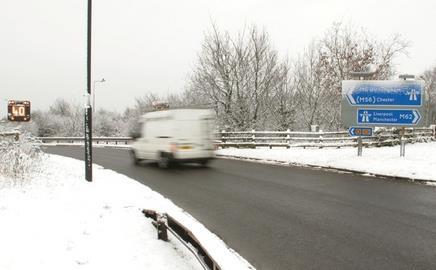 There may be the odd sign of spring in some sectors, but the labour market is stuck in the bleak midwinter – as this year’s contractors’ salary guide makes clear

On paper, Colin Baxter, a 42-year-old finishing foreman, looks eminently employable. He has eight years’ solid experience, can confidently fill a range of roles, including general foreman and site manager, and is willing to work within a 50-mile radius of his Liverpool home. Yet he has been out of work for almost two years.

In November 2007 Baxter was four weeks into a £30,000-a-year job with local contractor Darby & Macy when a residential scheme they were building was put on hold and he was laid off. Since then, he has scraped a living between signing on and the odd freelance job, usually for minimum wage.

“What I’m dreading most is Christmas,” he says. With a girlfriend and children to think about, he expects that, like last year, the festive season will be a low point. “Just to get through Christmas last year I had to take a job driving a van between Liverpool and Dover. I was working for 14 to 16 hours a day on minimum wage. I’d do anything to avoid that this year.”

Baxter’s story is common – particularly doing what he does, where he does it. This year’s Hays Construction and Building Contractors’ Salary Guide shows an industry suffering, but it also reveals how a worker’s profession and location can make all the difference to their prospects.

Although this is the biggest pay drop picked up in the survey, salaries have fallen across the board, as the table overleaf shows. The survey results make indisputably grim reading. Julia Tyson, HR director at Wates, says: “There have been no company-wide pay rises at any contractor I know of in the past nine months.” As a result, she says, “there has been a massive correction to the runaway train that was contractors’ salaries”.

How the professions are faring reveals the overall pattern of the recession. Tyson says the same types of work have tended to be hit by both redundancies and salary falls. Hence, “pay has fallen most dramatically for site staff, who have also seen the most lay-offs”.

Site managers and project managers are among those worst hit with average national salaries falling 12% and 10% respectively. Both types of worker are finding that, owing to the lack of active building sites, their services are not needed. Lynne Crowe, who heads the London region at Hays Construction, says: “Lots of site managers and project managers have been made redundant and we just don’t have much to offer them. So some who have worked on the tools are going back to that, and others are running local, small-scale projects.”

Crowe says that there are still some jobs for site and project managers with proven experience, particularly those with more than 10 years experience on large construction projects. Again, this is in line with the type of work that is going ahead, for example Building Schools for the Future projects and Crossrail, which need seasoned staff. There is also demand for social housing and regeneration experience, she says.

At a national level, buyers have experienced the greatest fall in pay packets – the typical salary has fallen 13% in the past year. Crowe says this is because the lack of work means there are fewer subcontractor packages and materials to buy. Buyers are also being laid off and their responsibilities handed out to other staff on the project, either in-house at the contractor or on the client’s team. “There just isn’t the workload to justify employing a standalone buyer. QSs, project managers and site managers can do the job.”

As work dries up, jobs and pay are stripped to the bare necessities. But roles central to bidding for contracts are holding up well. Tyson says: “Estimating and bidding people are still in demand both here at Wates and across the board.” Richard Hattersley, head of North-east and West at Hays Construction, says: “Tenders are close to record levels, despite the economic climate, and companies need to secure their future, so contractors are trying to win as much work as possible at the cheapest possible prices.”

As well as making redundancies, firms have found other ways to cut down on labour costs. Seven per cent of companies surveyed have lowered salaries by introducing shorter weeks, and 49% of those who still have jobs feel they are expected to work harder for the same pay. Crowe says: “Because clients are trying to keep down costs they’re spreading the extra work between the same number of people. They don’t even want to take on people on a temporary basis because of the cost of training them.”

But despite the downward trend, there are some causes for optimism. The rate at which salaries are falling has slowed and there are still some vacancies at contractors. Wates, for example, has been hiring about 20 people a month since December. And Crowe says there is more movement in jobs market than six months ago. Tyson adds that individuals can still get pay rises by changing jobs.

So when will salaries start to go up? Hays found that about a third of those it surveyed believe there will be an upturn within a year, with a further fifth giving it 18 months. Crowe says: “There is light at the end of the tunnel – we’re seeing more jobs registered and people are talking more positively. The jobs we’re seeing coming in are project managers, estimators, QSs and planners.”

For people like Colin Baxter, the change cannot come soon enough: “I’ll keep going with the freelance work but you can’t rely on it as you never know how long a job will last or when the next one will come up. And you can’t put anything by because pay rates are so low. I hope the market picks up soon.”

Why is it so grim up north?

As the table on this page shows, the biggest falls in salaries have occurred in the North. Richard Hattersley, head of North-east and North-west at Hays Construction, says the market is particularly tough in his region, which has been hit hard by the downturn – especially as it had a long way to fall.

Hattersley says: “The roles worst affected are site agents and foremen, and they are all those involving going out on live sites and delivering the building. They’re at the sharp end, so when building work stops they simply aren’t required.” Finishing foremen, who are needed to oversee the installation of elements such as doors and flooring, were in particularly high demand in Leeds, Sheffield, Manchester and Newcastle and many moved to these cities. Now, though, “clients are holding off on the work done by finishing foremen – typically they are in no rush to get this work done as nobody is about to move into the building”.

As with the rest of the country, this contrasts with estimators and others involved in “back office” work, and especially in tendering for new work. “If your job involves putting together bids and the glory of winning jobs – finding the best costings and managing subcontractors – you’re still in demand and your salary’s holding up.” This is exaggerated in the North, he says, because there has always been a shortage of good quality estimators.

Hattersley does think things are improving, however. He says: “We are seeing a rise in temporary and permanent roles. It won’t go back to the levels of 12 months ago but there is movement.” However, he adds that it is “too early for finishing foremen to see a pick up”.

Analysis by Roxane McMeeken, figures from Hays Construction.
The article first appeared in Building under the headline: 'Just to get through Christmas last year I had to take a job driving a van between Liverpool and Dover'.