3
Give it a whirl: IT technology to save time and money
Focus

Give it a whirl: IT technology to save time and money 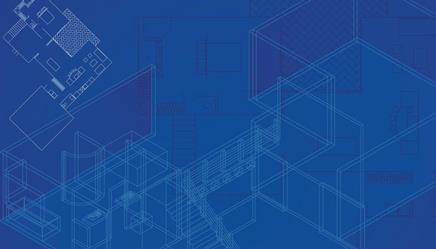 Heard about the man who ran everywhere with his bike because he was in too much of a hurry to get on it? Well, we seem to have the same approach to IT. Stephen Kennett looks at five technologies that could save you both time and money – if only you gave them the chance

Trying out new IT systems is fraught with peril. You don’t have to cast your mind back far to find ones that have almost sunk their owners – think Atkins in 2002. And now that the recession is cutting deeper, tender prices are in freefall and consultants’ fees are slashed to the bone, most firms probably won’t be entertaining the thought of investing in new technology.

But there is an argument that now is the perfect time to do it. Not only is a quiet period a good opportunity to sort out the teething problems, but proven technologies such as the five listed here might even prove to be a means of survival. There is evidence that each of them can cut costs, as well as saving time and improving quality. So even if you have dismissed them in the past, they might be worth a second look …

Taking 30% off traditional tendering costs and 29% off the time it takes to process a tender are statistics that look attractive, recession or no recession. According to the RICS, these are exactly the sort of savings firms can make by adopting e-tendering. Yet the industry has been lukewarm to it. The RICS’ Building Cost Information Service reckons that 80% of tender documents are still sent as printed documents delivered by post, even though they were produced in an electronic format in the first place.

Set-up cost are not the barrier. Towards the end of 2007, the RICS launched its own e-tendering service that offered firms the ability to run the tender through its online portal. The cost was £500 per project and £1,000 for a day’s training. But 15 months after its launch, only 50 firms have used the system. “We’ve even offered it free to firms and they still didn’t take it up,” says Joe Martin, executive director of BCIS.

Martin is baffled by the poor uptake and is waiting on the results of a study to find out why. “You speak to people and they always say they will try it out on the next project, but it doesn’t happen.”

The RICS system is just one of a number of options around, and the benefits are there for the taking. On top of savings in time and printing and postage costs, it can provide a full audit trail of all the documents, amendments, comments and correspondence. It’s also easier for contractors to “bounce” tender documents on to subcontractors. Some are won over by it: construction manager Mace, for example, estimates that about 30% of all its projects use online tendering.

Martin believes it will eventually be pushed onto the industry by clients, so why not reap the savings now?

There’s an argument that on some projects the teams are too small to justify the overheads of installing a project collaboration system, training people to use it and putting the protocols in place. But although email and paper-based drawings may still be the quickest ways of passing on information, for anything above the £5m mark collaboration tools bring advantages. Paul Wilkinson, a specialist in collaboration technologies, says: “The higher the capital value of the project, the more likely it is for construction teams to use collaboration platforms. And the earlier they introduce the tools, the bigger the advantage.”

Recent developments that might sway contractors include Asta’s Sitecontrol. This allows contractors to use handheld devices like mobiles to streamline snagging tasks. Rather than going around with a clipboard and camera, contractors can simply input the information on their handheld device and then synchronize it with the collaboration platform back at the office. It will then automatically alert the relevant package contractor with the details.

Freeware – it doesn’t get cheaper

With work scarce, few firms will be eager to shell out thousands on upgrading systems and software. But there is another answer – freeware. These are the free alternatives to proprietary software packages and they are becoming increasingly sophisticated.

OpenOffice is already a popular alternative to Microsoft Office, but there are others aimed at the design community. Take Google SketchUp, which was originally developed by Last Software and bought by the web giant in 2006. It allows architects to develop their designs directly in 3D. The beauty of the tool is that it’s simple and easy to pick up. According to David King, HOK’s technical director, it’s limited in what it can do but it does have its uses, particularly “when you want something fast”.

And if you like it, there is a £350 pro version with increased functionality that is compatible with other design software.

In March IES launched a free version of VE-SBEM, an interface that enables designers to assess easily the environmental performance of designs created in SketchUp and Autodesk’s Revit. It can also test if they comply with Building Regulations and work out their EPC rating. Autodesk Labs also has lots of interesting products in various stages of development for those interested in energy consumption. What have you got to lose?

It was an enterprise resource planning (ERP) system that nearly spelled the end for Atkins. An ERP is back office software that streamlines administrative tasks such as accounting, HR, operations and marketing. Implementing such a system is a hugely complex task that can take years and cost millions. In Atkins’ case, problems with the transfer to the ERP system led to it being unable to issue invoices for work.

But if managed well, the benefits of streamlining these business systems can outweigh the upheaval. Richard McWilliams, programme director of Capita Symonds’ management division, says: “Where people will be losing a lot of money is through poor commercial management and this includes making sure the office systems are working – making sure your invoices go out and your finances are in shape.”

Last year Davis Langdon rolled out an ERP system that meant reassessing the firm’s business processes. But the upheaval was more than compensated for by the standardisation and greater efficiency it introduced to its UK offices. Now it intends to implement it internationally.

Get your design ideas across with Building information modelling

It’s reckoned that building information modelling (BIM) shaved 5% off the project cost of Heathrow Terminal 5 – that’s £210m. Since then the Avanti project, a government-funded initiative that took the same principles and applied them to 30 smaller projects, showed savings of up to 10%. The concept is simple: everyone on the project shares the same 3D CAD model to design, build and, ultimately, run the building. This means that each team doesn’t have to draw its own building and because everyone is working from the same set of data, errors are reduced and clashes can be detected. The usual advantages are time and cost saving and quality improvement.

Despite successful demonstrations of BIM and the availability of the technology, its uptake in the industry has been minimal. According to Paul Wilkinson we’re only scratching the surface when it comes to its potential. “We’re talking of a take-up level that is probably under 5% of industry projects and they might only be doing the 3D part and not getting into 4D or 5D, so they’re not modelling the time dimension or costs,” he says.

And it’s not just megaprojects where BIM has the potential to deliver. Architect HOK now models all its designs in 3D using Autodesk’s Revit. According to David King, the practice’s technical director, it’s then a question of the extent to which the project team wants to use it. “Increasingly on major projects, clients and contractors are buying into the benefits of BIM.” Chief among these is the quality of information – you have a lot more confidence in the design and far fewer requests for clarifications, says King. And in times when clients want certainty that their projects are going to be delivered within budget and as efficiently as possible, BIM might hold the key.

Original print headline - Give it a whirl