4
How effective is your boss? Take the quiz
Focus

How effective is your boss? Take the quiz 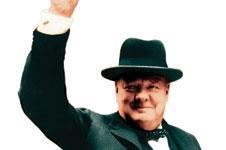 The world is a perilous place once more, and you’re going to need a chief executive capable of steering the company to safety. Roxane McMeeken introduces a personality test that will reveal if your boss is cut out to guide you through our darkest hour

The person running your company will always have an impact on the fortunes of the business. But in a recession, the personality of your chief executive could determine the very survival of the firm. So what makes one boss a saviour and another a disaster? And has yours got what it takes to get your firm through the gruelling times ahead?

Your boss’ ability to steer you through the downturn is all down to their personal characteristics, says psychologist Adrian Atkinson. “Right now you need a chief executive who can see the big picture, a visionary,” he says. This not the time for bosses who are focused on process and procedure, people Atkinson calls “administrators”, although these personality types are needed on the next management tier down.

The bad news from Atkinson, who has worked with construction companies, is that “big picture” types are a relatively rare breed in the building industry. “Visionary chief executives in this sector are in a minority. Construction bosses tend to lurch from one reactive decision to another.”

He contrasts construction with IT, where he says chief executives have tended to anticipate rather than react. In IT, most bosses froze recruitment last year and allowed their staff to decrease through people leaving the company of their own accord. In construction, on the other hand, “we are seeing companies start to downsize six months after the market first looked like it wasn’t doing well”.

Atkinson says the problem in construction is that someone who is brilliant at project management gets promoted because they are good at detail. “But they tend to be very project-focused, rather than visionaries, and these types of people don’t tend to make great chief executives.”

But before we get too down on ourselves, Atkinson adds that there are some construction bosses who have what it takes to weather a recession. “Construction does have some great chief executives, some people with vision and charisma,” he says, citing Kier’s John Dodds as an example. And anyone with a job like Balfour Beatty’s Ian Tyler – described by one analyst as a “great diplomat” for the way he schmoozes clients ranging from the US military to Arab sheikhs – can’t be without his share of personal charm.

The trouble is, as the example of the two leaders pictured opposite teaches us, these people aren’t always easy to spot. Winston Churchill was well into his fifties when he got his chance to shine, and had a fair few blots on his CV prior to that. Of course, this works the other way, too. The construction industry has its share of Neville Chamberlains – once-lauded bosses who have been exposed in a crisis situation for missing the ”big picture” (albeit for spending their firms’ cash rashly in the good times, rather than appeasing a genocidal maniac’s plans to take over the world).

So how do you spot whether your boss is one of the good ones? Atkinson claims psychology can tell us, so take his test to find out.

What the scores mean

Look at the traits in the test (see the PDF below) and judge whether your boss is more to the left or the right. Then tot up the score and find out below if they are up to the job…

30-35 Will lead you to victory
Excellent boss to get you through the recession – motivational, charismatic, strategic, driven to succeed, innovative, resilient and open to others’ ideas

25-29 Should prevail in the end
A safe pair of hands but may lack inspiration – accepts the strategy, analyses what has to be done and supports the team to achieve the targets. Provides good day-to-day leadership

This is a brief version of a detailed leadership questionnaire. It was designed by Adrian Atkinson of Human Factors International, who has identified the characteristics of people who are likely to be successful at inspirational leadership and in particular the personality, intellectual ability and values that they show. The result should be viewed only as indicative and not as a psychometric evaluation. Human Factors International are business psychologists specialising in the psychometric assessment of people in organisations: www.hfi.com/assessment.