In the race to build ever more airtight homes, it appears that housebuilders are sacrificing air quality, with some 95% of new dwellings failing Part F ventilation standards

If you suffer from allergies or asthma, or are worried about getting lung cancer or a host of other nasty diseases, then you should think twice before buying a new home. Modern homes have become much more airtight in response to tough energy regulations, which is great when it comes to conserving heat, but potentially bad news when it comes to indoor air quality. Fresh air isn’t an issue in older homes as it finds its way into the building through gaps in the fabric, but airtight homes rely on dedicated ventilation systems - hence the mantra “build tight, ventilate right”. 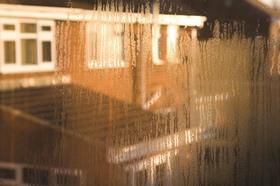 The trouble is that the industry is getting the “ventilate right” bit wrong. Testing organisation BSRIA offers a service to demonstrate compliance with Building Regulations, including Part F, the regulation covering ventilation. Of the 40 homes it has tested for compliance with the 2010 version of Part F, a staggering 95% failed to meet the requirements. “The worrying thing is that most of the systems we test fail,” says BSRIA’s instrument rental manager, Alan Gilbert. “Everyone knew there were problems with ventilation but until now no-one knew the extent of the problem.”

These rock-bottom levels of compliance mean the occupiers of many new homes aren’t getting enough fresh air. This leads to increased levels of dampness and the risk of a long list of health problems caused by funghi, bacteria, allergens and chemicals from, among other things, tobacco smoke.

The industry is beginning to try and tackle the issue: the Zero Carbon Hub recently published an interim report into the problem, with the final version out later this year, and the Good Homes Alliance (GHA) has also carried out research to identify best practice. International studies, including one from Holland, indicate how widespread the problem is.

If people perceive there are draughts from the system, they turn them off. there have also been instances where people have put clingfilm over the grilles

There are four different ventilation strategies for new homes: a combination of background ventilators and extractor fans in kitchens and bathrooms; passive stack ventilation; continuous mechanical extract; and mechanical ventilation with heat recovery (MVHR). Tougher energy regulations are driving the industry towards MHVR, as this is most effective in very airtight homes and has the advantage of recovering heat that would otherwise be lost in expelled, stale air.

But Jon Bootland, director of the GHA, says the industry is struggling to cope with a rapid shift in build techniques.

“How many homes had mechanical ventilation systems until about three years ago?” he asks. “We don’t have the skills base to get this right and the occupiers aren’t used to operating these systems properly.” He says the problem divides into issues with the design, installation and operation of these systems.

Mechanical systems require ductwork to link each room to the ventilation unit and outside air. However, because the ventilation system is frequently designed separately from the rest of the home, often as a bit of an afterthought, the ductwork runs can be excessively long. This creates more resistance, and prevents the air from circulating properly. It also increases
the risk of problems from improperly installed ductwork.

MHVR systems are also fitted with filters that need changing regularly to keep air moving freely, but as these systems are bulky, many end up in the roofspace. “If you have to go up into the loft, people aren’t going to change the filters,” says Bootland.

Other issues include putting the fresh air supply inlets and exhaust outlets in the wrong places in the home, creating deadspots and using undersized or insufficient numbers of fans.

According to BSRIA’s study, 82.5% of homes had poorly installed ductwork, making this the biggest single cause of underperformance. Gilbert says the biggest issue is with flexible ductwork, which is popular as it is easy to install. This gets kinked when bent round corners, restricting airflow. The tape used to joint it also fails, leading to leaks. In some homes that BSRIA tested, ductwork was missing or had been blocked with insulation.

Most people are used to leaky old houses, so don’t appreciate the role of mechanical ventilation systems in modern homes. “If people perceive there are draughts from the system, they sabotage them by turning them off,” says Bootland. “There have also been instances where people have put clingfilm over the grilles.”

Users also turn off the systems because of fan noise, and they don’t always appreciate the need to change the filters in MHVR systems, which means they become blocked

Part F requires ventilation systems to be tested and a certificate produced to demonstrate compliance, but this is widely flouted. According to Gilbert, the problem is that many housebuilders don’t realise that systems need to be tested. He adds that very few testers have suitable and accredited equipment, which means some certificates aren’t worth the paper they are written on, a concern echoed by Bootland. “We heard a story where someone had a commissioning certificate where there wasn’t any power supply so the system couldn’t possibly have been working,” he says.

How to ‘ventilate right’

The Good Homes Alliance exists to promote best practice in low-energy housing. It monitored 21 dwellings across seven sites to learn lessons from a variety of ventilation strategies.

Some of the key lessons are listed below: