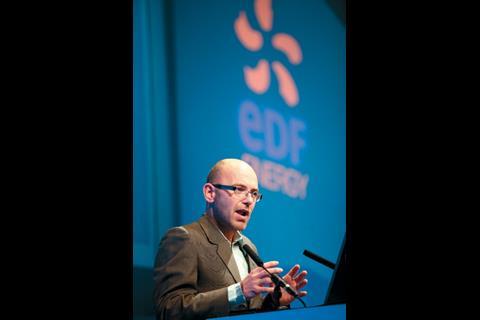 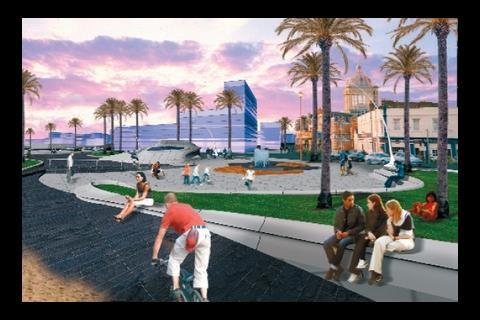 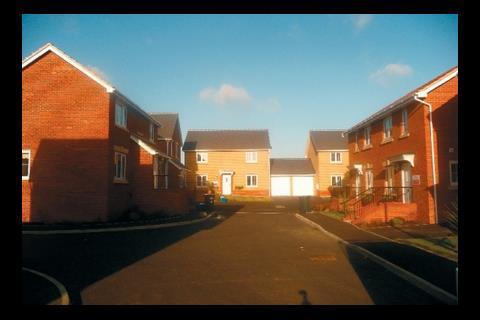 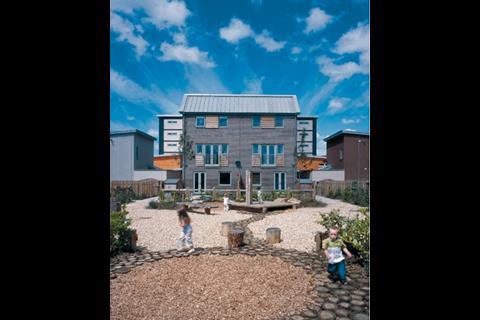 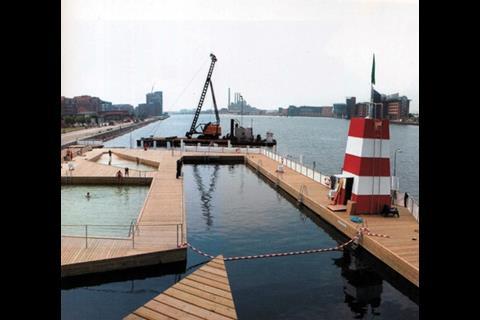 Brilliant but modest interventions, such as this swimming pool in Copenhagen, can make a huge difference to how people feel about a place 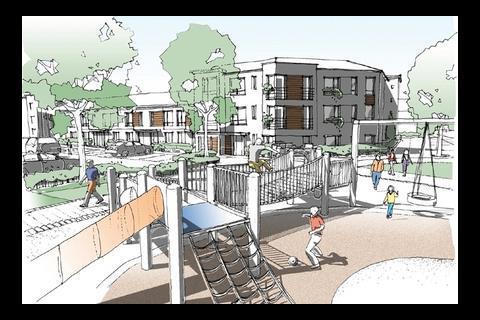 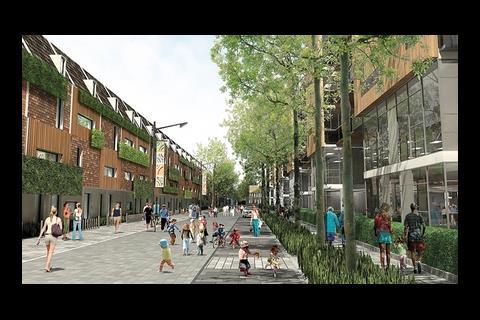 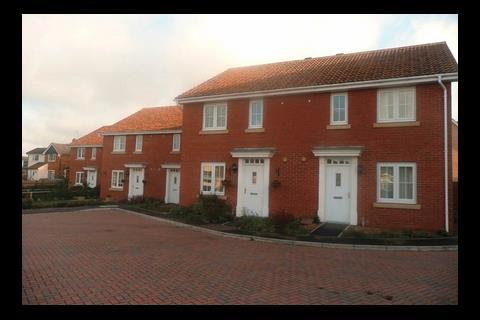 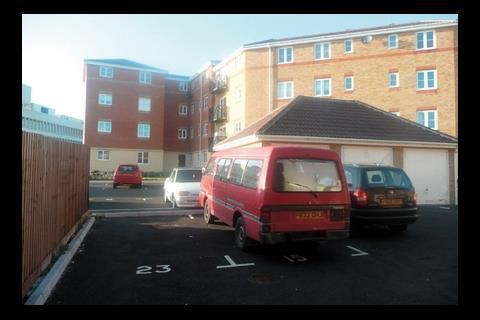 The Thames Gateway is a big place. If superimposed onto the North West it would group together Manchester and Leeds. Relatively short distances in terms of miles can contain massive differences in terms of culture.

It seems in the Thames Gateway that we are blind to the scale. We need to stop lumping it together as one homogeneous mass and start really thinking about the DNA of the individual places.

Yet the whole concept isn’t a massive leap of faith; maybe it’s just the way that we’re approaching it.

I went through back issues of Gateway, which are full of CGI images of new housing. You know what it looks like, a brave new world, fantastic and modern; a bit like central Tokyo, a bit like a modern version of La Defence in Paris. But what is the reality of the places being built in the Thames Gateway?

We went to the websites of every major house-builder and listed every single Thames Gateway housing development that was either being built or had been built or where people were just about to move into.

We sent out the Hemingway Design team with cameras and told them to start at Southend and work inland. These aren’t urban design specialists, but they are very good designers. I just said, take pictures and come back and discuss the pictures that you’ve taken, and those working in urban design will then explain a bit more about the work that we’re doing at The Bridge in Dartford. We got over 700 pictures and they don’t look anything like the CGIs in this magazine. The vast majority are depressing.

But if the Thames Gateway is going to really take off, it needs to attract upwardly mobile people to live there; and this is quite a tall order. We are talking about attracting people into an area that has got, in general, quite a bad reputation. People outside of Dartford don’t think of Dartford as a place where they’re desperate to go and live. People outside of Gravesend and Southend in general don’t make it their dream to go and live there.

He wants to live near Borough Market, near all the clubs that he goes to, but there’s no chance of him living there. He’s been through university and he’s now working with us, but we’d have to totally blow the wage structure to pay him enough to buy somewhere in Borough. If he works hard enough and he starts his own business, maybe by the age of 35 he might be able to afford somewhere in Borough; that’s if he’s very lucky.

So he starts thinking, well, what about Greenwich? Well, he can’t afford that either. So he looks a bit further out and he starts looking at these pictures the team have taken and he thinks, no, I’m not going to live in a place like that.

We need to attract what in marketing terms are called the “leaders”, the socio-economic “A”s: Stuart Rose at M&S is brilliant at this, and Sir Terry Leary from Tesco is exactly the same; you always go for the leaders.

But the core market for a lot of house-builders is the C1s and the C2s, but if the Thames Gateway is going to work, it needs to be the “leaders,” and then the “leader followers”. You want those people in there to create the jobs, to kick-start these areas.

You can’t do this by designing from the bottom up, by just giving the local people what they want, because what they want hasn’t ever created upwardly mobile, desirable places.

Yet at the moment what we are mostly building is bottom up housing and we’re getting it terribly, terribly wrong.

The Thames Gateway has so much going for it; people make a joke out of Essex, but it’s a fantastic county, full of wonderful places to go. We go cycling there regularly in summer. And the history is fantastic.

Yet we allow it to get decrepit, and we build houses that are going to get knocked down in 25 years because they’re not going to stand the test of time.

There were other pictures that my lot took. It wasn’t all bad, they came back and said there’s some real beauty down there. In some I do see sense of place, something about culture, and in some there is absolute and utter beauty - a real reason to go and live and be part of that.

What I absolutely despise are the lies from house-builders and councils showing pictures of some apartments facing the river, with a couple sipping champagne and falling in love as if they’re on holiday in Monaco.

It isn’t Monaco, the Thames isn’t the Mediterranean. Let’s celebrate what it really is and let’s attract the kind of pioneers who say “I’m going to make something out of this place”.

Other countries are doing it, and living that dream right now.

In Copenhagen they’ve built a floating swimming pool in what was considered once the city’s most polluted canal. It is possibly the most interesting swimming pool in the world and it only cost £300,000 to build. It floats there; you should see how it’s used in summer. There’s no charge, you swim at your own risk.

It’s one of a series of fantastic interventions. Another is a beach, probably one of the best beaches in Europe, eight minutes’ cycle from Tivoli Gardens and central train station.

It’s nearly two kilometres long, and we go there for a long weekend every single summer. It’s just fantastic. And this is Copenhagen, the same latitude as Edinburgh.

What are the chances of us doing that? It doesn’t have to be all singing and dancing massive screens, wave machines and all that, it just has to be something bloody good - something wonderful for people to go to.

I’ll tell you a story about Salford, that sums things up for me. Salford has been a very poor second cousin to Manchester for quite a while but they’ve been putting a lot of effort into it and they’ve got a lot of opportunity there.

A few months ago I was asked to do a talk to council members on the ingredients of regeneration. The talk was at the Lowry and I travelled there by train from my mum’s house in Preston.

Salford’s got the iconic buildings, and half of the BBC is moving to Salford Quays – that’s 4,500 reasonably paid jobs, people who are upwardly mobile, and fit into social categories A and B. Imagine that, what an economic and social opportunity.

When I got off the train, I was only a kilometre away from Salford Quays but there was no sign to say where it was, just one saying “beware of pickpockets”. I then had to cross a major road; it felt like Albania, and took about 10 minutes and I knew I was nearly at Salford Quays because I could see some of the iconic buildings sticking up. But I couldn’t really get there without going through some of the most threatening underpasses and past some of the worst littered and ungreen verges I had ever seen.

Do you know what I’d do if I was one of those BBC employees? I’d say “Stuff your iconic buildings, stuff your BBC job, I’m going back to London where there’s plenty of work – I’m not going to live in this mess”.

What you really need to be thinking about isn’t iconic buildings, but iconic pavements. Give me a really nice, safe cycle and walking route through to Salford Quays from the station and then I’ll think about it.

And this is exactly what we could be doing now with the Thames Gateway. There are some wonderful developments coming forward; some will be great.

But at the moment we’ve set a terrible precedent. This area is unloved and we’re giving them things that are mostly very difficult to love.

We’re working with Taylor Wimpey on The Bridge. It’s a really well thought out development. Go and talk to Dartford Council who’ve been absolutely amazing, and do understand what’s needed in a frighteningly tough location.

Housing is actually the last thing we talk about, because we really are trying to create a place.

When we started on this a couple of years ago, we took leaders from Dartford Council and guys from Taylor Wimpey to Amsterdam, and showed them what could be done.

Now we’re working with Jeremy Kite, the council leader, who actually does believe there could be a place to bathe in the Thames at Dartford, like there used to be. We’ve got old pictures to prove it; people used to promenade down Victorian walkways, which we’re working on restoring.

This is not about iconic buildings. It’s about the simple pleasures in life – and that is a good starting point for any housing development.