4
No more nods to Noddy
Focus

No more nods to Noddy 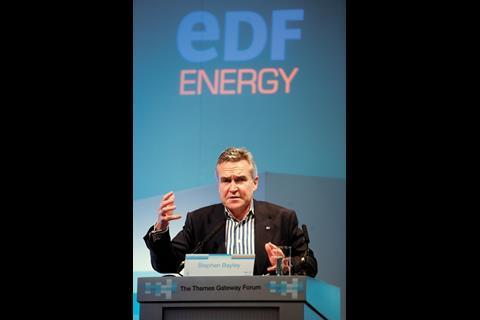 at the Thames Gateway Forum 2007 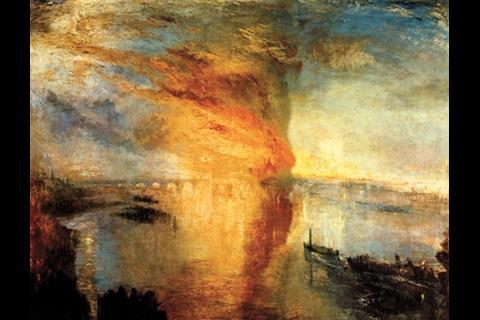 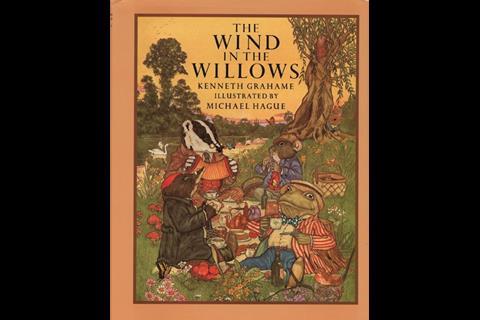 Stephen Bayley explains how a “Marks & Spencer’s food” approach to architecture could help restore Britain’s lost reputation as a builder of great communities, ensuring that the Thames Gateway becomes a place to stay in, rather than to escape from – and why Noddy needs to leave his car at home...

The Thames plays such an important part in national identity, that it’s not surprising that any project with its name attached becomes controversial.

The river rises in the Chilterns, you may know the Wild Duck at Ewen, the river’s first pub. Then it passes William Morris’ Kelmscott Manor, home to many a romantic anti-industrial fantasy. It then goes on to the part of the river where Kenneth Graham, Secretary to the Bank of England, wrote his sinister book, The Wind in the Willows.

The Thames of Ratty, Mole, Toad and Badger soon gives way to Runnymede, Richmond, and then Chelsea Reach; the Thames of the painters Turner, Whistler and Wilson Steer, onto the city with some views still identifiable from Canaletto and Monet. Then to the Thames Barrier and onto the sea, and that is, of course, where the trouble begins for the whole concept of the Thames Gateway.

It’s true that before Brunel and his audacious railway to the west, London tended to look east, but still this part of the nation’s greatest waterway has always had something of an unfortunate reputation.

Daniel Defoe on his tour of Britain reported it to be a damp part of the world, and perhaps more positively said that many dwellers in the Essex marshes tended to keep up to 16 wives (because of the bad environment, there was a very high turnover of wives in those days).

Since the 19th century estuary ports have been routinely described as lazy-looking and dirty. The classic interpretation of the scene is one of epic disrepair that brings even the notion of brown fields into disrepute.

It’s a scene of half-hearted demolitions, rust, depressed curlews; a panorama of storage tanks, universal dankness and coarse grass poisoned by the filth sucked up from a river.

And naturally, this scene has caught the imagination of writers. In Heart of Darkness, Joseph Conrad used the Thames Estuary as a model to describe one of the darkest places on earth. In 1918 we actually had Britain’s last indigenous malaria outbreak on the Isle of Grain.

The London writer, Ian Sinclair, described Greys in Essex as the “Uzbekistan of the estuary” and further went on to denigrate the place as “a body bag-lined with asbestos”. So, unpromising territory perhaps.

But is this the only reason why there’s been so much negativity in the past about the Gateway? It’s very strange because, of course, in Britain we once had a superlative reputation for building new communities.

Patrician manufacturers like Titus Salt in Yorkshire, William Hesketh Lever in Cheshire, or the Cadbury family in Bourneville and Birmingham, all understood that happy workers are good workers, and built with a mixture of opportunism and uplifting social purpose.

They built their fine settlements in Port Sunlight, Saltaire and Bourneville, and created within them a charming architectural character. These new settlements constitute one of Britain’s great contributions to the world history of architecture.

But when, of course, these same principles of making new settlements were applied after the Second World War, the response was much less enthusiastic and much, much more muted; and muted response soon became disenchantment, which is what we’re all living with now.

One reason for that, of course, is historically that new town plans so often ignored the existing grain and texture of the communities they replaced - the communities eradicated by the Luftwaffe.

After the Henkel and the Messerschmitt, it was academic theory and architectural dogma that did it for communities

After the Henkel and the Messerschmitt, it was academic theory and architectural dogma that did for communities; what the Luftwaffe didn’t do, maladroit civic regeneration achieved.

And it was a softly spoken “this is good for you” castration of local communities.

The fact is there are very few places within the Thames Gateway at the moment with the precious sense of place we all crave. Indeed, it’s a characteristic of the area that most of the towns are really rather small. Another characteristic is deprivation of one sort or another, which has in turn created a culture of low aspirations.

As recently as the mid-70s, Basildon new town centre was described as the best new central piazza in England.

By some estimates there are more than 40 quangos operating in the Gateway, not all necessarily with the same agenda. Elsewhere though there are campaigners, and what, I wonder, are those who are opposed to the Thames Gateway actually campaigning against?

The routine response is that it’s undeliverable, not least, they say, because it’s on a flood plain. But as the happy announcement of Terry Farrell’s involvement shows, one person’s threatening flood plain can become another person’s promising wetlands park.

Such houses that have been built have all been criticised. When people criticise these houses they like to invoke Noddy. Now I think there’s something about Noddy which tells us an awful lot about our collective consciousness, about the puerile fixations of an entire nation. Enid Blyton did offer some very important insights into our psychology, and even RIBA condemns the houses built already as “shoddy Noddy boxes”.

Maybe we have to ask if Noddy is less critical of his box because he likes to spend so much time in his car. Noddy likes to live, of course, within a few miles drive of junctions 30, 31 of the M25, with easy access to Lakeside. But that’s all going to have to change.

When Basildon, with the best piazza in England, was planned in 1951, there were two and a half million drivers in this country. Now there are closer to 20 million. Noddy is going to have to stop driving, and the Gateway needs to become a place to stay in, not a place to escape from.

I think the view of the future, which I hope the Gateway embodies, has to be more positive. It has to be less patronising, less sentimental and much more architectural. I think the key factors are going to be communications and developing a sense of place through quality architecture in a sustainable environment.

Communications have always been a problem for the Gateway area. In 1757 Arthur Young wrote that “of all the accursed roads that ever disgraced this kingdom in the very ages of barbarianism, none ever equalled that of Billericay to Tilbury”.

Well, things have actually got worse on the roads front, but will soon be inexpressibly better on the railways.

The new High Speed 1 track is of course the main artery of the Gateway. Before High Speed 1, the old sclerotic transport links only frustrated economic development. Already we can see that there’s a pretty precise estimate of what the new railway will bring: Faversham will soon become Hammersmith, and Sittingbourne will suddenly achieve connectivity with the cosmopolis.

Taken together, the three most significant regenerated sites created by the railway - the St Pancras and the Kings Cross area, and the areas around the Stratford and Ebbsfleet stations – are going to create more jobs than Canary Wharf, more homes than anywhere else in the South East and more shops than in Bluewater and Lakeside.

We know how Chichester looks, but what is Ebbsfleet, as a model for the Gateway and progressive regeneration, actually going to look like?

Notwithstanding our fine history of social housing in this country, I think there’s a big problem; it’s like that Woody Allen joke about two Jewish matrons in a bad resort hotel in the Catskills: “The food is so bad,... and there’s so little of it”. It’s so much like that, I think, with houses.

It’s a simple matter of philistinism; ignorance and fear, or worse. There’s nothing wrong with density. High density can, of course, be very, very good. But, equally true is the fact that a lot of the new housing in recent years has been utterly dismal.

There are grounds for optimism; we’ve seen a handful of new schemes in the South East recently which show what can be done.

We have an extraordinary abundance of architectural talent, but there’s too much bias in development by planners towards using big developers who, in turn, tend to avoid the smaller urban opportunities.

And what the future, I think, holds for architectural development in the Gateway is this: quality of design has got to replace all sorts of architectural dogma and that, of course, includes modernist dogma.

There was a time when the entire architectural profession would have us all living in dramatic, technologically romantic mega-structures. Not even technophiles think that is going to happen now.

Other architects, of course, live continuously in a blur of international first-class lounges and exhaust fumes. But this approach to architecture and building, and technology is now, I think, history.

No culture can call itself civilised without quality housing, yet the talent exists to create it. There are hundreds of thousands of new homes needed in the Gateway. It’s not a threat; it’s an opportunity, provided that these houses are well designed.

I’d like to consign Noddy and that Boeing 747 to the dustbin of history.

Stephen Bayley is one of the country’s leading design critics and best known commentators on modern culture. His latest book Design - Intelligence Made Visible, co-authored with Terence Conran, is published by Conran-Octopus.