Image of the week: Behind every great city 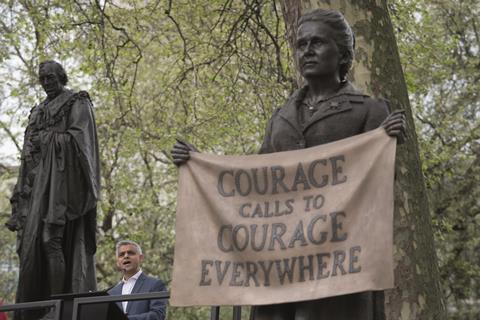 Parliament Square’s first statue of a woman was unveiled this week as part of the London Assembly’s #BehindEveryGreatCity campaign, celebrating 100 years since the first women secured the right to vote in the UK. Unveiling the statue of women’s suffrage campaigner Millicent Fawcett, London mayor Sadiq Khan called for London to be “a beacon for women’s rights and equality”