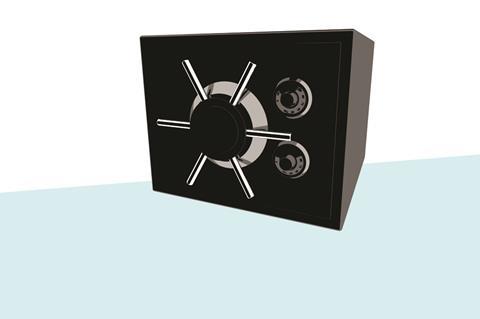 Chancellor George Osborne’s announcement of a £46bn plan to back investment in major capital projects last week was designed to address a key weakness in the government’s much-vaunted National Infrastructure Plan. Namely, who on earth was going to pay for it all.

Osborne’s plan won’t mean the government itself stepping in, but it will involve it providing limited guarantees to institutional investors, giving them the confidence to pay for infrastructure themselves. With this week’s construction output forecast from the Construction Products Association showing a deepening construction recession, with almost £8bn less work expected over the next three years than at the time of its previous forecast, the need is obviously urgent.

The Treasury has said £40bn of infrastructure projects could be eligible for government guarantees, with a further £6bn of PFI projects potentially in line for top-up government loans to close funding deals. But there is a huge amount of scepticism about the initiative, with one consultant describing it as “window dressing”.

A number of questions remain before construction firms can be confident that there’s enough in the announcement to unlock the billions held by institutional investors.

The long answer is, as of last Wednesday, infrastructure project promoters are free to contact the Treasury and its quango Infrastructure UK (IUK) to discuss participating in
the UK Guarantees scheme.

A Treasury spokesperson confirmed that IUK would be administering both UK Guarantees and the temporary lending programme for public-private partnerships (PPPs), and negotiations would be held on a case-by-case basis. There will be a three-stage process including initial screening, detailed project assessment and approval, and continuing due diligence. The department also confirmed there would be no standard application form or prospectus to bid against.

But, the government has not made clear who exactly promoters should contact and what information to provide. There are indications from insiders that IUK has not yet dealt with these issues.

Rhian Kelly, director of business environment at the Confederation of British Industry, says: “We welcome the scheme but the government needs to work through the detail as quickly as possible. Companies need to know how to apply, who to talk to and who their account manager will be.”

The short answer, then, is that nobody yet knows.

The government has set out five criteria. Only privately promoted schemes included on the government’s 500-strong infrastructure pipeline that can start on site before the end of 2015 are eligible.

They also need to have financial backing virtually in place, with equity finance committed in principle. The Treasury says this leaves 230 schemes worth £40bn that could be helped by the guarantees. But schemes also have to prove they provide value for money, and that they would not be able to proceed without government help.

Again, no information has been issued on what promoters need to do to meet these criteria, but most commentators assume the actual list will be far smaller, with some estimating that as few as 10-12 schemes could benefit.

Richard Threlfall, head of construction at KPMG, says: “The question is, how quickly in practice will the guarantees be put behind live projects?

“The projects have to show they can’t be financed without support, which is quite a hard test. And the fact that the Treasury has not been specific about the support it’ll offer means we can expect quite long negotiations. There’s not a great deal of eligible projects out there.”

The temporary lending programme is basically a re-run of the previous government’s Treasury Infrastructure Finance Unit (TIFU) programme, which ended up lending on just one scheme, the Greater Manchester Waste PFI, but was seen as successful in returning confidence to the post-credit-crunch market.

Since the sovereign debt crisis began, the cost and availability of funding has become difficult again, so the scheme is welcome. However, it does not address the wider problem with the projects the government euphemistically calls PPP - the withdrawal of government support for PFI.

This has stopped public bodies promoting new PFI schemes, meaning the pipeline of projects is smaller than in 2009, with law firm Freshfields saying just 11 schemes, worth £413m in total, could be eligible. The government also delayed publishing initial findings of its review of PFI last week, which could have given some confidence to the market.

Nick Prior, head of infrastructure at Deloitte, said: “This announcement does not bring forward any new infrastructure projects. It is not a lack of finance holding these back but the ability of government agencies to fund them throughout their life.”

When will it be ready to go?

The government has said the first awards under the UK Guarantee scheme will be made in autumn this year, but it will not say how many. However, the Treasury has no statutory basis upon which to underwrite private projects, meaning the initiative will require primary legislation. The Treasury spokesperson refused to say whether it would have its own bill or be tacked onto other legislation, but either way it will need to find parliamentary time to be enacted before the autumn.

This is a very quick turnaround, with parliament not now due to sit until 3 September and with a further one-month holiday for autumn party conferences. Another potential cause of delay stems from the type of support the government is planning to offer. Banks, which have a track record of lending to infrastructure projects for shorter periods, may have been persuaded
to return to the market more quickly if the government had been willing to share the risk of re-financing projects once construction is complete.

However, the government has specifically stated it will not underwrite the risk of re-financing a project, and is instead looking for long-term finance from day one. This means that new players will have to be brought into the market - the pension and insurance funds. Given the lack of experience of these financial institutions in the UK, deals are more likely to take longer to put together. Richard Abadie, global head of infrastructure at PwC, says: “The use of this type of guarantee is likely to delay the process. And, given their relative lack of experience in the UK, there is still no guarantee that institutions will be willing to invest, even with these risks underwritten.”

Will the government really underwrite £40bn of projects?

The short answer is no. However, key to measuring the success of the initiative is not how many projects the government backs, but in whether the overall level of deals increases.
The number of PFI deals signed, for example, fell by about 80% between 2007 and 2011, and is so far on course to fall further in 2012.

The degree of underwriting will again be limited by the small number of potential projects in the pipeline that fit the government’s criteria, with housing and regeneration schemes specifically excluded. In addition, the government has told project leaders it only wants to lend on projects where the guarantees are very unlikely to be called, further reducing its usefulness and applicability.

Alex Carver, a partner at Freshfields, says: “The reality is that there is a very limited number of projects, where the private sector is involved, that are already ‘in finance’ and literally ‘shovel ready’ where a financial backing guarantee is all it takes for these to have the certainty to get off the ground.”

How the schemes work

UK Guarantees The government will underwrite risk on nationally significant infrastructure in a bid to give financial institutions the confidence to invest in them. It will take on either construction or revenue risk, but it has ruled out taking on the risk of re-financing projects after the initial construction phase. The scheme will be administered by IUK and will be open initially until the end of 2014. The government says £40bn worth of projects could benefit.

Temporary lending programme The government will offer loans, where required, to public-private partnership (PPP) schemes that are struggling to reach financial close. It estimates there are £6bn of these in the pipeline, though it is not clear that all of these will require government help. Loans will be made at commercial rates, and will have to be less than half required financing for the project. The scheme, a re-run of the former government’s TIFU programme, will be open for 12 months.