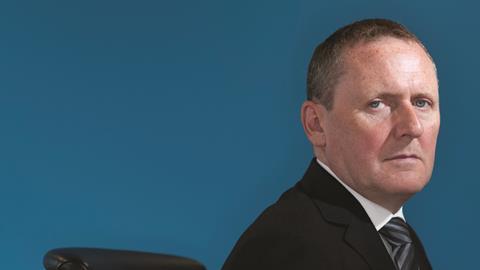 What do you do when your main revenue stream is reduced? If you’re John Moore and the head of Balfour Beatty Engineering Services, you turn to your other divisions - and boost them with acquisitions

It must be particularly satisfying to end up running the business where you began your career. John Moore, chief executive of Balfour Beatty Engineering Services, would know. He joined this division of the UK’s biggest contractor, then known as Balfour Kilpatrick, as an apprentice when he was 16. Now, boss of the division and well and truly part of the Balfour machine, he wants to see the business grow by as much as £150m in some divisions over the next five years. And he isn’t afraid to say that acquisitions are “very much on the agenda for the next 12-18 months”. A serious spending spree beckons.

Moore is cagey on the exact details but since his focus is on growth in the power generation and engineering construction divisions, it doesn’t take a genius to work out the sort of companies he is eyeing to “fill the gaps” in the current set-up.

The area we are looking to focus on in the future will be power generation. It’s the big thing. We want to be involved in the new nuclear programme

Despite a slow 2011 and a predicted flat 2012 for the £550m engineering services division, Moore is convinced his acquisition plans will see the firm grow significantly over the next five years. The 51-year-old explains why - 35 years after first joining the business - he has complete confidence in his strategy for its future growth.

Balfour Beatty Engineering Services was born in July 2009, replacing Balfour Kilpatrick after it merged with Haden Young (both Balfour Beatty companies). Moore has been running the business ever since and is responsible for its 3,000-strong workforce operating in three divisions: building services, engineering construction and power systems.

As one would expect, the company structure and divisional outlook heavily influences Moore’s growth strategy. And it will be a mix of organic growth and acquisitions that sees the business develop into 2012.

The problem is that building services makes up the majority of the business’ turnover, about 60%, but it is also the division most affected by the downturn. “The work we do in this sector is traditionally commercial, retail, schools, hospitals - it has therefore been hit the most by the economic problems,” explains Moore.

While he points out that there is still work to be won by this division - the firm has jobs in the pipeline with BAA at Heathrow, sees opportunities in a recovering London commercial market and is still expecting to do between £120m-£140m worth of work in education over the next year - the future growth of the company will come, in the most part, from its two other divisions.

“We do have opportunities to grow the business next year through selective acquisition,” says Moore. “We have spent a lot of time looking at what we need to do to fill the gaps in our service offering to customers and we would like to try to do something in the next six to nine months.”

“Engineering construction is pretty robust,” he adds. “This is where we look at power and this will be a big area over the next few years. Whether it’s in nuclear or gas or
other types of energy, it’s certain that there needs to be an investment in power generation in the UK. So we are making sure we are well positioned in that market. We
are looking at energy-from-waste nuclear decommissioning schemes and wind turbines, to name a few.

“This is the area we will be looking to focus on. It’s the big thing. We would want to be involved in the new nuclear programme. If you go back to the business model, building services is about 60% of what we do, 20% is engineering construction and 20% is power systems. Engineering construction is the power generation bit
and if I were to fast forward five years, I would see that, now turning over £100m, reaching £250m.”

He adds that the business’ 60/20/20 breakdown will look more like 50/30/20 by 2016. But the 2016 date is noteworthy. Moore’s growth plan is for mid to long term, and the firm looks set to remain pretty flat in the near future. Last year the firm turned over £540m and the expectation is that the figure will be similar for 2011/12. He is unable to reveal details on profit as it is incorporated into parent company figures.

“The third stream of the business is power systems. Again, a huge amount of investment has been approved by Ofgen in this sector to strengthen the UK electrical distribution network and we work with Scottish Power and Scottish Southern Energy on these types of schemes. We have also got involved in electrical work associated with rail infrastructure. I have guys working with London Underground doing power upgrades as well as on the Thameslink scheme.”

Moore says that he wants to see his company driving technological change and BIM - something he thinks the M&E sector has been pretty good at so far. He is also a big advocate of off-site construction; “We really look at how we build things now. We have a 117,000ft2 factory in the West Midlands and we try to make sure that, where it’s practical, we build things there and then deliver them to site.”

Are Moore’s ambitions made easier with the backing of such a well-known, powerful parent company? “Our being part of Balfour Beatty is an added layer of comfort for some customers. Particularly in the market today when people are concerned about strain on firms within the supply chain. We have a balance sheet with Balfour Beatty’s backing. So people, when they are looking at us, won’t be thinking, ‘Oh this business might not be here to see the project through.’ But we are self-starting too. We see ourselves as part of a football team but we want to be one of the star players.”