Legal tax avoidance is practised widely, but with mounting pressure from protest groups and the chancellor, is it still worth it? Here we weigh the financial benefits against the reputational risk 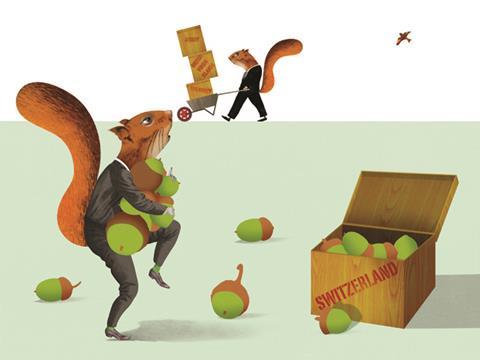 When protest group UK Uncut occupied luxury department store Fortnum & Mason in March and demanded its parent company stop avoiding tax, finance directors everywhere must have slept a little less soundly. The sit-in was the latest escalation of a growing public outcry against tax avoidance - where companies use legal means to cut down the amount of tax they pay, often by locating their headquarters in countries with tax regimes far more lax than the UK’s. The protest followed an announcement three days earlier by the chancellor, who said in the Budget that he would squeeze an extra £1bn for the public purse by getting tougher on tax avoidance.

All this would suggest that companies - including the many construction firms - that make use of overseas tax havens should be planning a hasty exit. But in reality, the future of such practices looks far more complex. The chancellor’s policy was targeted more at UK-based “avoidance” tactics, such as “disguised remuneration”, which involves highly paid employees being offered tax-free loans that are never repaid. The companies often do this through offshore companies.

As far as tax havens go, the Budget was far more ambiguous: on the one hand, a reduction in corporation tax in the UK aims to tempt firms home; on the other, regulatory changes will allow firms to shift profits from low-tax countries into Britain without having to pay UK tax on them at all - although there will be a crackdown on “disguised remuneration”, where firms can use offshore havens to pay staff in the UK, thereby avoiding tax. So the question facing businesses with operations in these regions is a tough one: should they stay or should they go?

Reasons to stay away …

A high proportion of construction companies, like their counterparts in other sectors, have subsidiaries in “tax havens” across the globe. Paying as little tax as you can has historically - and fairly obviously - been seen as eminently sensible from a shareholders’ point of view, and the companies themselves will often argue that these arrangements do not count as avoidance schemes. 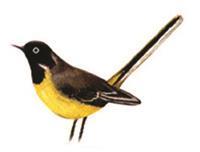 Tax havens are scattered across the globe (see box overleaf). The advantages of using them are clear. John Christensen, director at the Tax Justice Network, says one of the many ways companies use branches set up in these areas is for “profit shifting”: moving cash from one side of the world to another, where taxes are lower. He says: “Let’s say a firm is doing a giant project in China, and this project is potentially very profitable but they don’t want to pay the Chinese tax. They can take money out of the Chinese business and give it to a subsidiary in the British Virgin Islands, calling it ’management fees’.” He argues that it’s difficult to prove what these “management fees” actually are, so money is squirreled away, untaxed, elsewhere in the corporate group.

Another way many firms use the havens to save money is to move their headquarters - or at least a holding company - to somewhere like Switzerland, which offers lower corporation tax rates. Building materials firm, Wolseley, announced in September last year that it would move there, saving an estimated £23m per year.

Why the British Virgin Islands and why Guernsey? The answer in most cases is tax avoidance

Aside from saving money, another motive for setting up operations in these areas is privacy, or as campaigners see it, secrecy. In the British Virgin Islands, taxes are almost non-existent and, in addition, companies don’t have to file financial information as they do to Companies House in the UK. “It may be to make it harder to sue them in the courts,” adds Nicholas Shaxson, author of tax-haven book, Treasure Islands.

On top of these traditional advantages, and despite the headline crackdown on tax avoidance in the Budget, other regulatory changes announced at the same time will allow firms to bring profits from low-tax countries into Britain without having to pay UK tax on them. There will be an opt-in exemption from corporation tax on profits of foreign branches of UK companies, so it will be possible to bring profits back to this country without them being taxed at UK rates. This means, for example, a subsidiary based in Ireland would pay just the 12.5% tax applicable in that country.

… vs arguments for coming home

Since it was formed in October last year, UK Uncut has occupied high street branches of Vodafone, Boots and Topshop, protesting against offshore tax avoidance. After it closed down Vodafone shops across the UK on 30 October, accusing the government of letting the company off a £6bn tax bill, 44% of the public viewed the phone company more negatively, according to a survey by magazine PR Week.

Most construction firms are lower profile. But the reputational risk of holding more exotic branches is clearly growing as campaigners question why they are there. Christensen says: “Why the British Virgin Islands and why Guernsey? The answer in most cases is tax avoidance”.

The industry could also be biting the very hand that feeds it, Christensen argues. Despite cutbacks, the government is still its best client. But the erosion of its tax base by avoidance could mean fewer Crossrails and Olympic parks over the next century.

This is a point clearly acknowledged by the government, which is attempting to make the UK a more attractive place from

But the question that remains is whether this will be enough to sway the balance for firms that are attracted by the perks of overseas tax regimes - and to stop others following Wolseley’s lead. 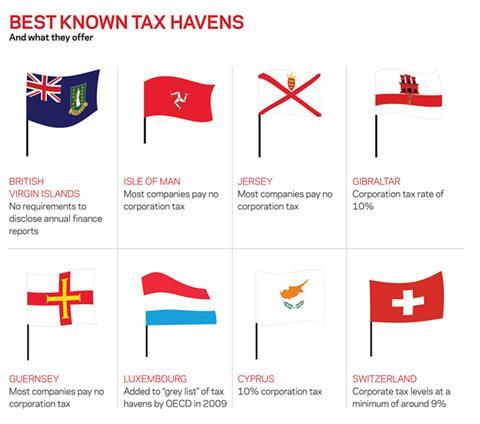 Two certainties in life are “death” and “taxes” so the saying goes. However, most of us would like to pay no or little tax if it were possible, legal and above board.

Maximising how much of your income you are allowed to retain - whether in a personal or corporate sense - is legitimate and sensible. While not all of us would support the lengths, quite legal, that Sir Phillip Green appears to have undergone to maximise his profits, most of us would do exactly the same to keep our personal income if we knew how.

I doubt any of us would be happy with fewer returns from our share investments and less profit being made by the companies for which we work. Even closer to home, what happens if the development we are working on ceases being built because the overseas investor funding the project decides to go elsewhere in the world? More tax on companies can be said to equal less available investment. This means fewer jobs and, in the end, less tax take for the government.
Let’s be clear of the difference between tax “evasion” (which is illegal) and “avoidance”, which is the legal utilisation of the tax regime to one’s own advantage. We are commenting on the latter.

The government collects taxes, but also uses tax as a way to encourage investment, change behaviour, and as a help to implement government policy. In property, it is used to reduce the risk of investment.

An example of this is the 100% tax breaks for enterprise zones that made the London Docklands happen and are now proposed across the whole of the UK. Research and development tax incentives create more innovation and enhanced capital allowances to persuade us to install energy efficient equipment in buildings. These are all methods of stimulating a company to invest. Similar to taking a grant, they are used to assist a business to invest in an area or sector, create jobs, and ultimately our economy.

It is entirely appropriate and sensible that to make the most of these benefits we need specialist advisers, and their fees! The government does not make it easy: the rules are both complex and difficult to apply. They are deliberately complex to ensure that they are applied in the correct manner to achieve the desired outcome.

It is surely much more sensible to use tax as a carrot to promote growth than as a stick to discourage investment, for ultimately we are in the global marketplace.