When Mark Whitby retired last year, everyone but him knew it wouldn’t last. But after a year working on his garden, he’s finally seen the light … Emily Wright met him as he prepared to open his new venture 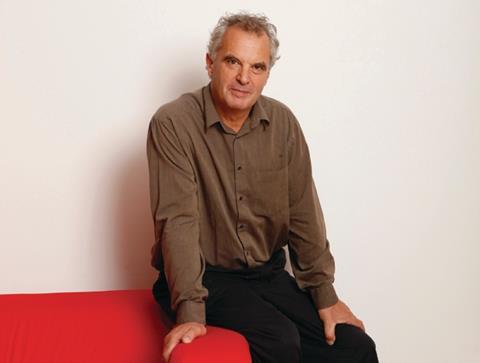 Mark Whitby has realised that early retirement isn’t for him - a revelation that will come as little surprise to anyone who knows him. When the 60-year-old left structural engineer Ramboll Whitbybird a year ago, his colleagues, clients and contemporaries all predicted that the industry hadn’t seen the last of him. “It’s too early,” said one client. “Mark has so much more to give and he is so easily bored. He is too young to retire.” “This won’t last long,” said another. “He’ll be back. He is way too creative to be retired.”

They were right. Whitby is back with a new company, +Whitby because, as predicted, he did get bored. But Whitby himself seemed to be the last to realise this. “Do you know what? There’s only so much gardening one can do,” he says. He is referring to his year of “gardening leave”, which will culminate in him opening his garden up to the public next June. “That’s not bad going is it?” he says. “But I realised something. I am not going to spend the rest of my life being a gardener.”

To that end, he has set up +Whitby with his old friend Des Mairs, the same partner he had when he set up Whitbybird in 1983. By the time the business was sold to Danish engineer Ramboll in 1997 it was turning over £40m a year and continued to thrive under its new appellation, Ramboll Whitbybird. The challenge this time round is not only to repeat their previous success, but to use their experience to make it even better - not the easiest of tasks in the middle of a recession.

Whitby had strong ideas about what he wanted to achieve when he set up his first business and now, with decades of experience, he has even stronger ideas. First off, he wants no part in running it. “I don’t want to see a single set of accounts,” he says. “I am doing this so I can go back to designing. We are bringing in two younger people from Ramboll who are as keen as mustard to run the business. They are joining in November and December and I won’t be supporting them by running the business. This time they will be supporting me so I can do what I enjoy. When we were Whitbybird my job was five-sixths admin - this time I want to get back to engineering. I want to be at my desk with a pencil.”

Another reason for stepping back from the business side is because he wants to make sure there is a succession plan in place. “Both these guys are about 40 years old and you need people who won’t just be around for a year or two, but until 2015 at least.”

So he doesn’t see himself making another departure in the next five years? “No, not at all,” he says. “I see myself being around until 2015 certainly. 2020 even. But I don’t want people to be relying on me.”

The plan of action

The future of this new business won’t be resting solely on these two young guns from Ramboll, though. Whitby says they will be looking to grow the firm, hopefully to 10 people by the end of this year and to 20 by the end of 2011. This is quite a change from how Whitbybird grew. “We really rode a tiger with Whitbybird,” he says. “We grew so fast - 20% per annum and we had over 900 people by the time we finished.” He adds that +Whitby will be looking to hire the same kind of people, though. But, he emphasises, good doesn’t necessarily mean Oxbridge. “Back then, we weren’t just interested in first-class honours people,” he says. “We would love the best out of a university like Paisley, which was in a phenomenally rough part of Glasgow. The engineering college there would often take technicians and turn them into engineers. These are people who may have had run-ins with the law. And those people are now serious directors at major QSs.” 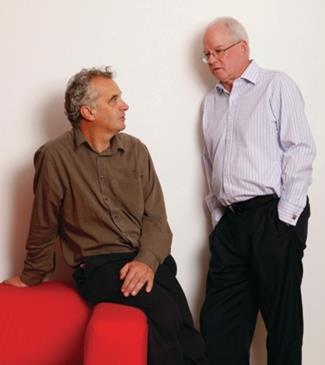 Really? Whitby realises he is on awkward territory and moves swiftly on. “We don’t only take Cambridge grads,” he says. “We love a cross-section of engineers, particularly those with interesting life experience.

” So, hiring a range of people from different backgrounds is one thing Whitby looks set to do again. But what will he do differently?

“What we’re not going to do again is services engineering,” he says. “Just structural engineering. We were multidisciplinary before, but we hope a specific focus will make us more money. Plus, it will be great to work with some old friends again. Our enthusiasm to work with certain people means we would find it difficult to turn them down.”

One thing that’s certain is that it is a risky time to be setting up a new business. But Whitby says that with low overheads, no debt and such a wealth of experience, he isn’t worried: “We wouldn’t be doing this if we didn’t think it was going to work. We know lots of developers thinking about moving forward, and I really believe that after the Olympics things will look up pretty quickly. When we started Whitbybird we were in the middle of a miners’ strike and like back then, I think things can only get better. It may seem difficult to believe they will, but they will.”

He adds, though, that this won’t be the year for it, and expresses concern at the level of debt businesses are carrying. He says he believes the engineering industry is in a better position than others, however, because of a broader spread of work.

When we were Whitbybird my job was five-sixths admin - this time I want to get back to engineering. I want to be at my desk with a pencil

Then and now
And what of Whitby’s personal change over the past 17 years? How different is he now compared with when he and Mairs set up Whitbybird? “I am a lot calmer now,” says Whitby. Calmer? “Yes. Calmer,” he repeats matter of factly. The response comes as something of a surprise because there are few characters in the industry more extrovert, more chatty or more wildly enthusiastic and excitable than Whitby.

He feels compelled to explain: “My job was always to worry about what everybody else was worrying about and worry that they weren’t worrying enough. If someone came in and said, ’I am really worried about this’, my sense of relief was enormous because I could share it and get it sorted out.”

That’s a lot of worry in one sentence and there’s more to come: “There were plenty of people who didn’t worry enough. In engineering we take on a huge responsibility. Will things stand up? Will it work? What we do isn’t a blasé exercise and people have in the past, and will continue, to get things wrong. Worrying that everything is checked and worrying that past mistakes won’t be repeated is a vital part of the job.”

He adds that it’s not when his staff make mistakes that he gets upset - it’s when the mistakes aren’t learned from and are repeated. Even though he won’t be running +Whitby hands on, you get the impression this is a standard he will expect to be upheld.
And it is one he admits he has had to learn the hard way himself too - although, now that he thinks about it, there was a time he didn’t take criticism of his own mistakes lying down. “I remember when I was young and working on site and my boss asked me why I was making twice as many mistakes
as everyone else. I replied: ’Because I am working twice as hard’. He didn’t say another word about it.”