A 19th-century primary school in Dulwich came with the usual set of problems associated with old buildings. To solve them, Edward Cullinan Architects took a pragmatic and piecemeal approach 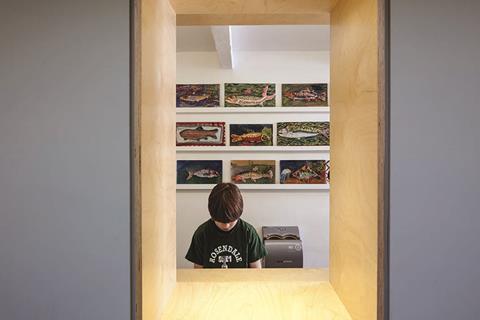 Rosendale Primary school in Dulwich, south London is like thousands of schools across the country. The 600-pupil Victorian Board school was built in 1899 and has all the familiar architectural features common to the period: tall windows, gable roofs, brown brickwork and red brick dressings.

However, by the start of the 21st century it also had many of the environmental and operational problems familiar to much of the national school building stock. Poor surveillance, inefficient circulation and natural daylight, spiralling energy costs, and classrooms that virtually froze in the winter and often reached a staggering 40°C in the summer.

But at Rosendale, Cullinan Studio has been quietly pursuing an alternative low-cost, incremental and heavily localised improvement approach that, at only £480/m2, could well serve as a cost-effective template for how we improve our school housing stock across the country.

The architectural retrofit approach at Rosendale is remarkable for its simplicity

The Rosendale project has been split into several phases, which are components of a long-term refurbishment vision. According to Cullinan architect and local parent Kristina Roszynski, this overall masterplan is crucial. 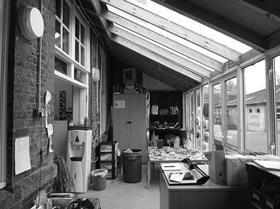 “Part of the problem with extensions added in the nineties, for instance, was that they were a knee-jerk reaction to one specific requirement without thinking of the wider picture. Our approach takes a much broader view.”

The budget is tight, with each phase costing no more than £100,000. The phases must be implemented during the summer holidays to enable the school to remain fully open during term time and to ensure funding is staggered.

Phase 1 provided the first opportunity to demonstrate Cullinan’s approach. Two south-facing glazed extensions had been added to a pair of classrooms in the nineties. The extensions essentially acted like greenhouses and harboured some of the worst under- and over-heating conditions. So much so that blackout blinds had been added to reduce glare in the summer, leading to an inevitable loss of natural daylight. This in turn led to chronically high levels of artificial light in the classrooms, something that contributed greatly to the school’s considerable energy bill.

“The budget was too small to replace the classrooms” explains Roszynski, “so we built a thermal model of the rooms to specifically identify where the rooms were failing then introduce measures to remediate this.”

This investigation discovered that the position of the roof lights was exacerbating their poor environmental performance, so the roof was reconfigured with openings positioned to optimise daylight but minimise glare. Glazing was also replaced by high performance, solar controlled glass.

One key constraint was the relatively small size of the classrooms, at only 40m². By raising one corner of the classrooms by approximately 150mm, a subtle psychological separation from the rest of the room is imposed, enabling the raised area to be used for private group study or quiet reading.

False ceilings have been stripped away, allowing natural light to pour in from high-level windows

Other remodelled areas include the cloakroom, which has been placed closer to the classrooms to avoid the customary crush at breaks and the start and finish of the school day, and the toilets. The latter proved to be one of the pupils’ biggest complaints, with concerns raised about poor lighting and lack of safety and privacy. A new galley unisex toilet with individual locked cubicles and communal hand-washing has addressed these concerns.

“The Victorians knew what they were doing” explains Roszynski, “tall windows and high ceilings are perfect for natural daylight and ventilation, glazed brickwork is decorative but also durable. Reusing as much as what is already there has always been our first step.” 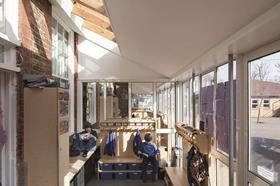 Despite only two phases being complete, the transformation of the school’s social and physical environment is already evident. The installation of presence sensor lighting, the reduction of artificial lighting in the classrooms and the repair and reopening of sealed original windows throughout to facilitate natural ventilation have already reduced the school’s energy consumption by a whopping 50%.

As with any refurbishment project there were challenges. Roszynski points out that despite the school’s investment in an expensive high-performance new boiler, energy savings were only accrued once the school’s network of clogged, aging pipework had been replaced.

But overall, circulation and surveillance have been improved, more storage has been provided and the children benefit from a safer, brighter and more spacious environment, all achieved on a shoestring budget.

For Roszynski, Rosendale presents key lessons that could be implemented at schools elsewhere. Namely the importance of the masterplan as a guiding framework for ongoing intervention, a holisitic approach to elements such as lighting, ventilation and services and a willingness to listen to the school’s users, which include pupils as well as teachers.

The architectural retrofit approach at Rosendale is remarkable for its simplicity, as a pragmatic and sensible series of small-scale interventions grounded in a comprehensive understanding of the school’s fabric as well as its problems. It is also an approach anchored by a thorough analysis of existing conditions.

Unlike standardisation, or BSF for that matter, it is also an approach grounded in what the government once called localism. At Rosendale the changes have been driven not by the education board or the local authority but by a new headteacher. The retrofit has also capitalised on a local supply chain, using local builders and fostering a strong relationship with the architect (a local parent).

Of course standardised elements have been used, such as on the new classroom fixtures. But this is essentially a unique design response tailored for the exact requirements of this school and its users.

As Roszynski admits, every school is different. But their problems are invariably similar, which is why Rosendale could well emerge as a model for an eminently practical and intelligent way of addressing them.