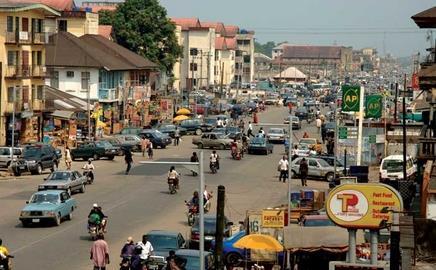 A startling report is forecasting a big shift in the world demand for construction by 2020. So dig out the guide books and maps for Nigeria, India and eastern Europe

You probably have a good idea of which countries have the largest demand for construction services right now, but it probably doesn’t bear much resemblence to what you expected back in 1998, before the Dubai boom really began, most of the east Asian tiger economies had been crushed by a financial landslide and nobody really thought India was going to be a major player anytime soon … which prompts the obvious question: what will the world look like in 2020?

The report looks at 35 countries and tries to predict their growth rates over the next 10 years based on their demographics, their need for infrastructure and housing, and their wealth. So, Nigeria is at the top of the emerging market list because its population is urbanising faster than any other country in the world, its 150 million people are desperately in need of decent infrastructure, it has oil – and at the moment it spends a mere 3.2% of its GDP on construction.

But perhaps the best news is that, according to the authors, the world’s construction market is heading for a period of rapid growth. The report says the recession took £390bn out of worldwide output, leaving the global market at something like £4.5 trillion global market, equating to 13.4% of world GDP, but estimates that by 2020 output will have grown 70% to $7.5 trillion and will make up 14.6% of world output. Developing markets such as Nigeria, India, China and Russia, which are predicted to grow 110% over the next decade, will make up £4.2 trillion of this. “Construction in 2020 in emerging markets will be 17.2% of GDP in emerging markets,” says Graham Robinson from Global Construction Perspectives.

The UAE is notable only by its scarce coverage. There are no statistics on Qatar, Oman or Kuwait, which the report’s writers say is due to the fact that, despite being oil and gas rich, in terms of their construction markets they do not offer long-term opportunities.

“The current downturn in the UAE has realised significant concerns. Property values have dropped and a high proportion of residential property remains empty,” says Robinson. “We expect that output will take some time to rebound and the problem in the commercial sector could be even worse.”

The report forecasts that overall growth in the UAE’s construction market will be 70% over the next decade and that by 2020 it will be just 4% the size of China’s.

Nigeria (pictured above)
Growth in Africa is expected to be fastest in Nigeria as the population is urbanising faster than any of the other 35 countries included in the report. The country’s infrastructure is unable to deal with this growth, indeed it ranks among the worst in the world. The annual growth rate for construction spending is predicted to be 9.9% between 2009 and 2014 and 9% between 2014 and 2020.

China
In China the construction market alone will be worth almost £2.5 trillion by 2020 and will represent 19% of global construction output . Between 2005 and 2009, China has grown at an average of 9.8% a year. Output was 22.5% of GDP in 2008. The report forecasts that China will overtake the US to become the largest market by 2018, even before its overall economy overtakes the US. Although UK firms are winning work over there, they are almost all consultants rather than contractors.

India
Opportunities in India may be more suited to UK firms as it has a large English-speaking population. This is good news considering that India has been tipped as the fastest-growing construction market in the next 10 years, a prediction given extra weight by
the fact that 25% of all under 25s in the world currently live in India. The 2020 report predicts a 164% growth rate from now until 2020.

Brazil
Brazil’s construction market is expected to grow almost 40% by 2014 and 67% in total up to 2020. These figures reflect in investment anticipated ahead of the World Cup in 2014 and the 2016 Rio Olympics.

UK
The report forecasts that the UK will recover strongly from the present recession: an average increase in GDP of 2.7% a year is forecast between 2009 and 2018. It also predicts that the strongest growth among the western European residential markets in the next decade will be in the UK.

Infrastructure
The statistics show that infrastructure in emerging markets will grow by 128% thanks to investment from developing countries such as Nigeria and India. In contrast, growth in developed countries is forecast to be just 18% as governments look to clear their budget deficits. Infrastructure in China will be a major growth area as 85% of a £350bn two-year stimulus package announced in 2008 has been earmarked for this sector. Similarly, in India investment in infrastructure is expected to double between 2007/08 and 2011/12. Investment in this sector is forecast to be about £300m over five years.