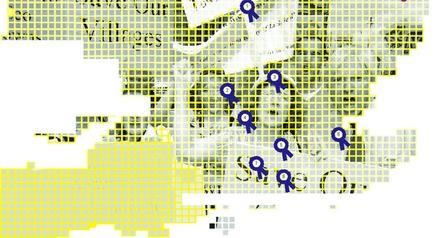 The Conservatives want to give local councils more power to plan development for their areas. But given that so many Tories – especially in the South – are fighting proposed housing schemes, why should housebuilders believe their plans will work? By Muireann Bolger

In May 2005, Grant Shapps became member of parliament of Welwyn Hatfield in Hertfordshire. Just two years later his place in the county hall of fame was assured. When the government allocated the area an extra 4,000 homes as part of a plan to boost the number of new homes to 10,000 by 2021, it was Shapps who spearheaded the campaign against the development under the slogan “No way to 10k”.

Since then, Shapps has become shadow housing minister and, in something of a turnaround, he has promised that a future Conservative administration would build more new homes than the current Labour government. His proposed solution to the housing shortage is to scrap regional targets and devolve all housing decisions to councils, while making it in their financial interests to develop.

However, this pro-development stance isn’t one that comes naturally to a large part of the party (see boxes, right). Tory councillors control the bulk of local authorities in the South-east, where housing pressures are greatest. Given that many are, like Shapps, known for opposing development, it is not clear which Conservative party will come to government in 2010.

The Labour government brought in a system of “top-down” planning in which regional assemblies decided targets. Regional and local goverments have been in conflict ever since, and the Tories say the system is broken.

Shapps’ proposal is to introduce a policy of “planning gain”, which involves adapting the section 106 process to offer incentives for communities to stimulate support for housebuilding. He argues that there is not enough infrastructure in communities such as Welwyn Hatfield to support a large number of extra houses, but that offering benefits such as community centres and leisure facilities would quell opposition to development. The Tories plan to provide financial incentives by allowing councils to keep council tax receipts from new residents rather than return them to the Treasury.

According to Shapps, more housing was built using this system under the previous Tory administration than is the case under Labour today, so there is no reason why it should not work again. “All the evidence on whether to do this top-down or bottom-up is on our side. If you look at what happened before the government’s top-down system, there were more houses being built.” (See graph overleaf).

However, according to figures from the Home Builders Federation (HBF), this may be a slightly selective view of history. “There was a spurt of housebuilding in the eighties because the planning system was completely different and was more permissive,” says John Stewart, director of economic affairs at the HBF. He adds that when the Conservatives transferred more power to the councils in the early nineties, the number of houses built in England actually dropped. By 1996, the number of completed homes had fallen to 149,086 – from 202,929 in 1988.

Many industry insiders believe that if an incoming Conservative government once again embraces “bottom-up planning”, they will struggle to win over councils – especially in the South-east. “Conservative-controlled councils across the south-east of England are relying on an incoming Tory government to reduce pressure on housebuilding. On that basis, a Conservative government could end up having a considerable argument with its own councils,” says Ian Tant, senior partner at consultant Barton Willmore.

Although the Conservative party has pledged to abolish density targets in order to reduce the number of apartments built, they have also promised to curb building on back gardens. This may lead to a further restriction of land supply, which poses the question of how they will succeed in building more homes. And with no targets to meet, the Tories have already admitted they would not step in if building levels failed to rise. “We wouldn’t intervene if that was the settled will of the community … they have to decide,” shadow planning minster Jaqui Lait has said.

“The Conservatives need to explain how they will build more homes if they scrap targets and prohibit back-garden development,” says Stewart. “There are only two ways you can build more houses – more land or more density.”

But Shapps has pledged that housebuilders will reap the benefits of these proposals. “There is a tendency for builders to say, ‘Where will we be without targets?’ But every housebuilder knows the present system isn’t working. My abolute topline is that a Conservative government will ensure more houses, not less, will get built in this country.”

This certainly sounds promising, but many believe the Tories will have an uphill struggle to convince the industry that their approach could spark a resurgence in housebuilding. “It is all very well pledging something,” says Stewart, “but the feeling in the industry is that if you devolve power down to councils, there could be many who will take the opportunity to constrain development.”

What the councils say

Need to know In 2005, the South East Plan recommended that 58,000 houses be built in the county. In 2007, Smith became chairman of the Tory-led South East County Leaders Organisation, a lobby group opposing the housing provisions. Laura Moffatt, Labour MP for Crawley, has accused Smith of “repeatedly rejecting any projections of the housing needed for our young people”.

What he says “I’ve never been against building in West Sussex. There is clearly a need for new housing and enough affordable housing for young people and key workers. The idea that people here are nimbys and don’t want development is nonsense. The allocation for our area in the South East Plan has been revised to 38,000. The first figures were pie in the sky. What problem does this government have with the democratic process at a local level? When local people were trusted to make the decisions during the last Conservative government, the housing was fine.

“I find it galling and hypocritical to accuse councils of not building houses when it is the government that took away this power. The reality is that hardly any bricks have been laid over the past 10 years.”

Leader of Wokingham council in Berkshire

Need to know Wokingham council has objected to the housing allocations in the South East Plan, which recommends that 10,246 houses be built in the area by 2026

What he says “Wokingham is an old market town. We want to preserve its character and greenness. There is now a high-density development being pushed into back gardens to make it a stereotypical large-scale town. The 623 houses we’ve been allocated a year is too many. I find it obnoxious that we’ve had planning offices, planning committees, residents and MPs agreeing that a location is inappropriate. It goes to appeal and it takes one person – just one – to overturn it and say it is appropriate. Where is the democracy in that?

“I’d sack all the planning inspectors except when it comes to issues of law. If there is demand for houses in an area, then we should be building to accommodate it. We should not be working to a number. To say you are going to build 40 dwellings per hectare in an area that gives people that live in it pleasure and start stipulating that you have to put up tenements is nonsense.”

MP Phillip Hollobone was one of the leaders of Stop (Stop the Over Development of Northamptonshire), a long-running campaign objecting to proposals to build 100,000 houses in the county by 2021. He took the fight to the House of Lords in 2004. The campaign is ongoing.

This year, councillor Anne Ducker, leader of the district council in South Oxfordshire, accused Oxford council of “sneakily” trying to extend the land boundary of the green belt to build 4,000 homes on the Grenoble Road, south of the City. The dispute continues.

In 2007, Tory housing spokesperson Grant Shapps rallied protests against the government’s allocation of an extra 4,000 houses for the area to bring the total number of new homes to 10,000 by 2021. Shapps has said he will stand on this platform again in the next election.

In 2008, MP John Redwood opposed proposals for the building of 7,500 homes in Kennet Valley, claiming the area was not suitable for inclusion in the government’s South East Plan because of a potential flood risk. The plans were scrapped this year.

Last year, David Weightman, chair of the planning and environment committee on Tandridge council, complained about an independent planning inspector’s proposals to raise the number of proposed homes in the area by 10%, adding 260 houses to the allocation in Northern Tandridge for 2026. Plans to build 800 houses in the area were scrapped after protests.

In 2007, councillor Rodney Chambers, leader of Medway council, opposed plans to build 9,000 houses in Capstone Valley describing it as an “outrageous proposal”. The opposition continues.

In 2006, Henry Smith, leader of West Sussex council, backed a campaign called “Battle for the South East”, led by the Tory-led lobby group South East County Leaders to urge the government to limit the number of houses to be built in the region over the next 20 years. Smith said any proposals for an allocation of extra housing in West Sussex was “nonsense” (see over).

MP Nick Herbert challenged plans for a 5,000 home eco town on the Ford airfield near Littlehampton in 2007. The challenge continues.