We recycle just one-tenth of our waste wood - the rest ends up in landfill, meaning we lose out on the huge economic and environmental benefits of using the wood again. Ike Ijeh asks what we can do to recycle more 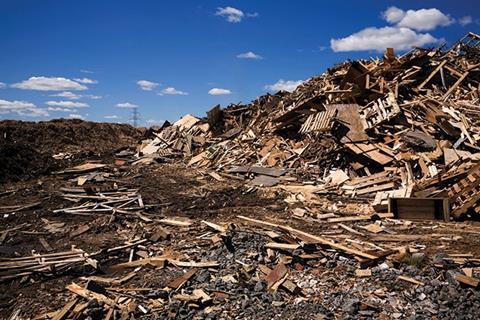 As the use of engineered timber in building applications grows, so too does the challenge of how it can be efficiently recycled. Products like glulam and cross-laminated timber (CLT) are playing an ever-increasing role in the construction industry, but in the long term might they actually end up being sent to landfill rather than being recycled due to the technical and logistical difficulties involved in recycling structural wood?

According to environmental consultant Wrap (Waste & Resources Action Programme), which formerly worked within the realm of built environment sustainability, there is one major group of physical impediments to wood recycling: contaminants.

Wrap research explains that “contaminants can cause major problems for the recycler and equipment may have to be fitted to remove them. However, prevention of contamination in the first place is the best means to produce a quality product from the recycled wood.”

So what are these contaminants and how do they impede the wood recycling process? A contaminant might be any material embedded within the body of the wood component that can potentially compromise its structural or chemical integrity. Wrap identifies a total of seven contaminants as follows: surface treatments, metals, glass, paper, plastic, rubber and chemical treatments.

Two of these in particular, chemical treatments and metals, are of specific relevance when attempting to recycle structural wood components on a large scale. All manner of chemical treatment can be commonly applied to structural wood, from weather protection to waterproofing. While such treatment has a specific required use in the wood’s original form, it may compromise its long-term suitability when it comes to recycling. With its layers of adhesive bonding, glulam provides a particularly pertinent example of the recycling problems presented by chemicals.

Metals are another considerable recycling impediment and can range from relatively small ironmongery such as nails and screws to large structural fixtures such as frames and spandrels.

The obvious answer is to remove the metal but this can be painstaking, costly and cause a big headache for recyclers, as Wrap explains. “Metal can cause damage to wood recycling machinery and can be dangerous to users of products made from recycled wood. Ferrous metals, such as nails, can be removed using magnets. But non-ferrous metals, such as aluminium and brass fittings, may be removed by an eddy current separator.”

All of which, of course, adds additional time, cost and complexity to the recycling process; elements which may ultimately contribute to making wood recycling a less attractive option than landfill. 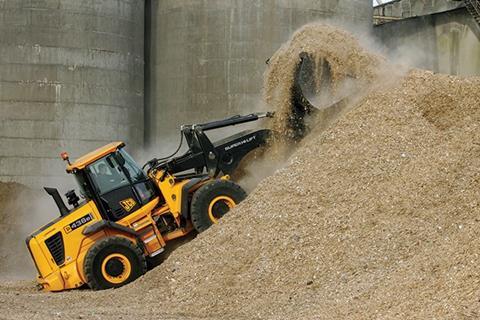 And the issue of how much wood the UK sends to landfill is critical. Timber is commonly thought of as being an easily recyclable material whose natural characteristics and significant reuse potential offer solid environmental credentials. However, the reality is somewhat different. The Circular Revolution was a report commissioned by Imperial College London and compiled by international waste recovery specialists Veolia. It was published this summer and it makes for some startling reading.

The report notes that as a country we produce “a large amount of waste wood” and send a disproportionately large proportion of this to landfill. Every year the UK disposes of 10 million tonnes of wood, but only 1 million tonnes of this is recycled. According to the report, this amounts to a commodity value of £2.1bn being wasted, the third highest of all materials sent to landfill after metals (£10bn) and plastics (£2.3bn).

Apart from the economic cost, this also represents a significant environmental loss. This is why the amount of wood the UK sends to landfill is a highly contentious political as well as ecological issue and exact figures vary wildly. The Wood Recyclers Association (WRA) sets a more upbeat tone than the Veolia report, estimating that “the UK generates an estimated 4.5 million tonnes of waste wood a year. In 1996 less than 25% of that was recycled. By 2011 that figure had risen to over 60%, or around 2.8 million tonnes.”

In 2012 the Department for the Environment, Food & Rural Affairs (Defra) commissioned a wide-ranging consultation on whether to ban wood from UK landfill sites. The following year, after receiving responses from experts and the industry, they decided against the proposition on the grounds of complexity and cost, choosing instead to raise landfill taxes.

While acknowledging the scarcity of accurate figures, at the time Defra stated that the UK sends around 700,000 tonnes of wood to landfill, significantly below the figures estimated by both Veolia and the WRA. However, even the Defra report acknowledged that less than 3% of the wood sent to landfill is separated and can thereby be recycled or burned for energy, a figure that tallies with Veolia’s assertion of the huge missed opportunity that not reusing wood represents.

At the time of Defra’s decision not to prevent wood being sent to landfill, Dr Jeremy Tomkinson, chief executive of the National Non-Foods Crop Centre (NNFCC), summed up the disappointment of many environmental commentators. “Continuing to send wood waste to landfill represents a missed opportunity. Introducing an outright ban may have imposed additional costs on some businesses but a phased ban would have created new opportunities for the timber and energy industries and could have been a significant new source of low-carbon heat and power.”

So why is so much wood sent to landfill and why is so little of it recycled? Despite the obvious environmental benefits, some of the common concerns cited against wood recycling are centred on cost-effectiveness, practicality and quality. There is often perceived to be a high initial recycling cost, as well as logistical complexities in the required separation of types of woods and embedded materials.

However, CLT may provide something of a silver lining when it comes to recycling, as Lewis Taylor, timber frame consultant at TRADA (Timber Research and Development Association) explains. “At the end of the building’s life, the CLT panels may be especially suitable for reuse or recycling. The untreated wood and the low hazard glues used in CLT panels make the product suitable as a biomass fuel.”

Thermal as opposed to physical recycling, or energy from waste is a growing sector and CLT construction components could be uniquely placed to contribute to it at the end of their life cycle. If so, it could represent a significant recycling innovation that could ultimately help reduce the amount of wood waste that ends up in landfill. 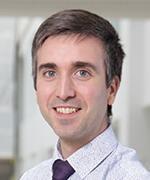 As a business we follow the waste hierarchy, this ensures that we prevent waste as far as possible.

Therefore cutting schedules / pre-cut timbers are brought to site as a preference. If any timber is cut to length on site, reuse areas are set up, so that anyone can use off-cuts that have been produced by various trades on site. Construction sites are also using alternative construction methods, which either mean that timber is reused multiple times before being disposed of or the use of timber is eliminated altogether. Two examples I can think of at the moment are the peri deck system or pecafil.

The next step is sending timber for recycling or energy recovery, either in segregated skips to dedicated facilities, or in mixed construction waste skips to a waste transfer station.

Many sites use National Community Wood Recycling projects to divert all timber waste from landfill. They also create training and volunteering opportunities, for local people – especially those who might find it difficult to get into or back to employment.

Where our waste transfer stations report waste diversion by product, all construction timber is diverted from landfill.