Faced with the deepest recession in living memory, construction companies are having to restructure to survive. But what does this actually mean, will the restructuring work - and what are the human consequences? 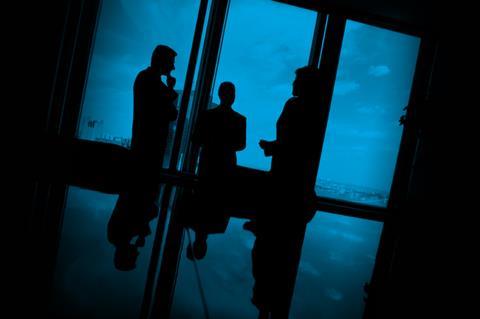 Of the many impacts of this year’s dramatic decline in construction output - almost 10% since the start of the year - it is the restructuring undertaken by contractors that is causing the most pain and uncertainty to staff. Declining volumes of work mean that fewer staff will be employed, and although many builders cut jobs when the recession started, the deepening of the economic gloom this year has prompted another wave of redundancies and re-organisations. And more looks likely to come.

Kevin Cammack, construction analyst at Cenkos, says: “I think there is a second wave coming. Business is not getting any better and the finance directors are looking to sharpen their pencils even further.” So how are contractors approaching the task of reforming their businesses for the economic reality, and what will the impact be?

SMEs have had to stay lean to survive. but the big boys have had very meaty projects, and therefore have probably retained a bit more fat. Now they’re having to cut

Obviously cutting jobs is nothing new for contractors across the UK. Since the start of the downturn around 400,000 jobs have been lost to the industry as a whole, and a number have been trimming staff for years. Laing O’Rourke, for example, cut over 4,500 people from its business in 2010, and contractor Carillion has been engaged in a programme of reducing UK construction turnover by a third since 2010 (see box below).

But recent weak economic data is leading many to look again at their businesses. One chief executive of a major UK contractor, who declined to be named, said: “There is still more capacity in UK contractors than there is work for them. I think probably about three-quarters of the adjustments have already happened, but it means there’s still more to do.”

Chris Webster, chief executive at SME builder Miller Construction, which is actually growing, says some of the top tier of contractors have been able to avoid making cuts thus far because of the overhang of large projects. “SMEs have had to stay lean to survive. But the big boys have had very meaty projects, and therefore have probably retained a bit more fat. Now they’re having to cut.”

The term restructure, however, covers a multitude of approaches to the problem. For companies such as Balfour Beatty, which has been undergoing a major restructure of its UK construction services business for the whole of 2012, it means wholesale structural change coupled with staff cuts. For many others, such as Morgan Sindall most recently, it has been about selectively taking out a smaller number of senior management roles, roles which have begun to look more and more like unnecessary overheads as workload shrinks.

Cenkos’ Cammack says: “There are two types of approach. One is to look at the totality of the business and think about where revenues are and where resources need to be and make a large-scale adjustment. The other is to cut out fat on a quarterly basis. Both are valid.”

These approaches hint at the two principal drivers of cuts. The first is a desire to reduce overheads and costs as revenue decreases. One chief executive said: “We are more and more thinking that the only thing that matters is the sites. Everything else is just cost. So it’s about cutting overheads and pushing decision-making down to a site level.”

The second driver, which is more positive, is about making a strategic choice about where the business needs to be in three years, and aligning resources to face that. Hence the behaviour of firms such as Carillion, which has been cutting huge numbers of UK construction jobs, while expanding into other sectors and overseas. However, the delays in projects coming to market are making these strategic choices even harder: how long, for example, should contractors hold on to experienced - and expensive - bidding teams for education work, currently doing very little, in the hope that the government will bring the £2.4bn priority schools programme to market?

Another senior director at a major contractor said: “That’s the $64m question. How long can you hang on to resource hoping the work will come through? It’s a very difficult challenge.”

These conflicting drivers - to position for growth but cut cost where possible - lead to fears that the sector will have lost the ability to respond quickly when the market does return. Miller’s Webster says: “The industry has spare capacity at the moment. But in 12-18 months it won’t have that. There’s a great danger the industry will lose its skills set.”

Contractors that have restructured

Total staff: 12,000 (in Balfour Beatty’s construction services division)
Staff affected by restructure: 650
Rationale: The firm’s UK construction services arm includes contractor Mansell, Balfour Beatty Construction, Balfour Beatty Civil Engineering and Balfour Beatty Engineering Services. The firm has launched an efficiency drive across Balfour Beatty’s UK operations, with the firm looking to make £50m in annual savings by 2015.
Outcome: Balfour Beatty’s restructure of its UK construction services division will involve it being reshaped around three divisions, with about 650 jobs being lost. The three work streams will be: major infrastructure - focused on complex projects in key sectors such as energy and transportation; regional mechanical and electrical - across all sectors; and regional civil engineering and building - providing locally delivered civil engineering and building services.
The 650 jobs will be shed largely in back office roles and not operational employees involved in project delivery. The firm also plans to reduce its UK offices from 75 to 40, with a transition period to run through to January 2013. The details of a revamped senior leadership team for the reshaped business, supposed to be announced by June, have not been revealed, and the fate of brands such as Mansell remains unclear. Last month, Mike Peasland, Balfour Beatty Construction Services UK chief executive, said further details on the restructure were to be made shortly. “We are on track with the decisions we have needed to make. It’s a question of getting more detail together on new leaders, how the business is going to be run and the brands,” he said.

Total UK staff: 6,744
Staff affected by restructure: Four
Rationale: The £1bn turnover contractor and developer has been re-angling its business towards long-term regeneration schemes since announcing a shift in strategy in 2011, which
also reflected the continuing decline in construction work available in the UK. This has led to increasing investment in bidding for large-scale regeneration projects, and a continued focus on reducing overheads in other parts of the business, including construction.
Outcome: The group has looked to cut the amount it spends on senior managers as well as back office overheads, allowing site staff to take more decisions. At the end of 2011 it took out a tier of senior managers who had responsibility for the Northern and Southern construction business. In the past month it has further cut its regional teams from six to four, making North-eastern MD Gordon Ray and South-western MD Peter Whitmore redundant. At the same time it has lost senior staff from other parts of the group, including its housing business, Lovell, and PFI arm Morgan Sindall Investments.

Total UK staff: 20,000 (including support services)
Staff affected by restructure: Up to 3,000
Rationale: In 2010 Carillion predicted that UK construction output would begin to fall sharply in line with government austerity measures, and put in place a long-term restructuring programme to reduce its reliance on the UK market, cutting revenue from £1.8bn in 2009 to a predicted £1.2bn in 2012. At the same time the firm has been growing its Middle Eastern and Canadian construction businesses and its domestic support services business, which now accounts for just under half of total revenue.
Outcome: The firm is on course to meet its turnover reduction target. This has meant cuts to the number of construction staff in the UK, which has led to many staff moving overseas and others leaving the business entirely. The number of people employed in Carillion’s UK and Canadian business (how the firm records the data) fell from 5,600 to 4,000 between 2010 and 2011. In addition to this Carillion laid off almost 1,400 staff at the start of this year - mainly those that had joined the company with its £300m acquisition of Eaga in 2011. Carillion blamed this on the government’s cuts to its feed-in tariff regime, and said in March it had spent £40m on the restructuring. Chief executive Richard Howson told Building that around 60 families had relocated to jobs with Carillion in either Canada or the Middle East in the last year alone. “We are well placed to take advantage of the Canadian market, with PPP work worth £35bn coming to market in Ontario alone over the next three years,” Howson said. Employee number at Carillion as a whole have, nevertheless, remained stable at around 30,000.

Total staff: 1,300
Staff affected by restructure: Unknown
Rationale: Severfield-Rowen experienced a 56% fall in pre-tax profit in the first half of 2012 to £1.5m on turnover of £136m, pointing to falling construction demand in the UK as the reason for a proposed restructure. Chief executive Tom Haughey said: “The demand outlook for the UK, with the current exceptions of London commercial, industrial, warehousing and some energy sectors, continues to be stagnant at best.”
Outcome: The steelwork contractor, which has worked on the Olympics and the Shard, announced last month that it would merge and integrate its two largest businesses, Severfield-Rowen Structures and Watson Steel Structures and another business - Steelcraft Erection Services - into a single trading entity later this year. The new company, Severfield-Watson Structures will continue to manufacture at the firm’s two plants at Dalton in North Yorkshire and Bolton in Lancashire and the firm claims it will deliver “improved operational performance”. Reorganisation should be completed by January of next year.

Total staff: 2,500 in Europe the Middle East and Africa (EMEA)
Staff affected by restructure: 250
Rationale: The firm’s European construction division underwent a major restructure in 2011 including the dropping of the Bovis name. Although Dan Labbad, then chief executive for Europe, Middle East & Africa, said in May this year that the firm had “successfully repositioned the business”, major changes have continued. As Building revealed, it also includes the sale of two of its European businesses to Aecom. The sale of the Russian project and construction management business and the sale of the oil and gas business across eight European countries is expected to lead to around 250 staff moving across to the consultant. It will also result in Lend Lease exiting seven European countries: Russia, Austria, the Netherlands, Poland, Portugal, Switzerland and Turkey. Labbad said: “It will enable us to consolidate our resources in our EMEA markets where we believe we can build a leading position.”
Outcome: Sale of the north-west Europe business expected to complete around 1 November and sale of the Russia business around 31 December.

Staff affected by restructure: 250
Rationale: The contractor made a profit warning earlier this month and announced the departure
of its chief executive Philip Fellowes-Prynne, blaming “ongoing difficulties” within its Scottish Utilities business as client Scotia Gas Networks looked to use more in-house labour and reduce its outsourcing. May Gurney finance director Mark Hazlewood said this would hit around £20m of revenues. He said May Gurney was now targeting more gas replacement work in England in order to help make up the revenue loss, but admitted the fall in Scottish work would lead to job losses.
Outcome: The firm announced plans to shed up to 250 jobs in Scotland as it looks to downsize its business north of the Border following a reduction in gas maintenance work. It has embarked on a consultation with employees in Aberdeen, Dundee and Falkirk.