Review of the year: Government failures

Not everything went quite to plan for the government in 2012 and the Green Deal, feed-in tariffs and MoD procurement will be remembered as such

FELL AT THE FIRST HURDLE

The Olympics apart, the government has had precious few successes in the last year. That is at least as true when it comes to construction as in any other field. Ministers have been guilty of multiple false starts, of stumbling over the start line and of claiming to have won gold when it was painfully clear that they hadn’t even turned up to the first-round heats. The following list isn’t exhaustive - it would take too much space and be too depressing - but it does contain some of central government’s more egregious failures … 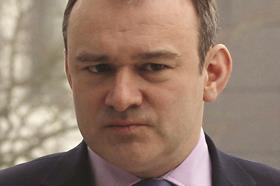 The government’s much-touted Green Deal was perhaps this year’s most conspicuous, long-running car crash. In January, Building revealed that the government’s own predictions were that the introduction of the Green Deal and the concurrent winding up of existing energy schemes could lead to a 95% drop in installations of loft insulation and 70% fall in cavity wall insulation.

Then when it was launched in October, just two providers had been approved. At the Conservative Party conference later that month, energy minister Ed Davey caused bafflement by insisting the Green Deal had not been launched, but that “the first part of the Green Deal architecture went live”.

Davey then announced that those signing up to the scheme could be entitled to up to £650 “cash back” from January next year. This led some industry figures to accuse the government of doing too little too late.

Further fears were raised last month when the Office of Fair Trading advised the Green Deal Finanace Company that it should conduct credit checks on all customers, thus increasing costs and raising fears that the move would suppress demand.

The Green Deal was also buffeted by a furore over a so-called “conservatory tax” - a proposal to boost the scheme’s take-up by requiring householders to undertake energy efficiency work on homes when carrying out extensions or other improvements.

The proposals - known as consequential improvements – involved changes to Part L of the Building Regulations and would have meant home owners had to make improvements to the energy efficiency of their homes when carrying out other work.

But the plans were dubbed a “conservatory tax” by the media and seemingly quashed by Number 10. However, speaking to Building at the Liberal Democrat conference in September, energy secretary Ed Davey said the consequential improvement proposal “had merit”. 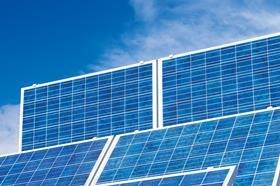 After the government announced in October 2011 that it would cut by half the feed-in tariff (FIT), which is paid to property owners for power generated by solar panels they have installed, installations fell by 97%. This year the solar industry launched a fight back.

The government’s decision was subsequently declared illegal by the High Court in December last year on the grounds that the cut-off date for higher payments proposed by government was before its consultation on the move had finished.

This prompted three solar firms to write to the Department for Energy and Climate Change demanding £2.2m in damages for lost business, which led to a rush of further claims, currently totalling over £50m and rising. 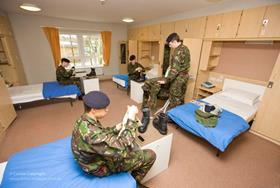 It was a frustrating new year for contractors waiting to bid on around £5bn worth of Ministry of Defence contracts, after Building revealed the procurement of the Next Generation Estate contracts would be delayed - first by a year, then until 2014 - as the MoD’s new estates arm, the Defence Infrastructure Organisation (DIO), underwent major change and began the process of appointing a private sector partner to manage its affairs.

With the MoD hit by swingeing staff cuts, the DIO was forced to bring in consultant Deloitte to help it with its shake-up – but this didn’t prevent it from publishing an OJEU notice that put the contract value for its private sector partner at £100m, only for that to be revised up to £400m plus a few weeks later.

A shortlist of three consortiums are awaiting the invitation to tender for the job, which was initially expected in September, but has now been delayed until October next year, ahead of the award of the vast bulk of the NGEC contracts.

The delay to the NGEC work, now valued by the MoD at up to £9bn over 10 years, means some bidders are having to wait over two years from the time of being shortlisted until the contract award - doubly frustrating when the MoD’s pipeline had promised to be a rare source of public sector work in tough times.

In his 2011 Autumn Statement, chancellor George Osborne pledged to generate £20bn for infrastructure investment from the country’s pension funds. However, Osborne’s aspirations are still a long way from being realised: so far, just £800m – or 4% of the total – has been pledged.

The son of PFI

After a series of delays, the government eventually announced the results of its review of the PFI in the chancellor’s Autumn Statement at the beginning of this month. George Osborne published a policy document setting out the standard contract forms for so-called PF2 schemes, which revealed that in future the government will take stakes in the “majority” of schemes in order to ensure any excess profits are shared with the taxpayer.

He announced that the government will put an 18-month time limit on PF2 bidding processes, and force PF2 project companies to publish their revenues and profits. The government is set to trial the new system using the £1.75bn Priority Schools Building Programme, but the Ministry of Defence and Department of Health are also looking at procuring schemes under PF2.

If the government had hoped that its changes to the planning system would be a silver bullet to fix the desperate need for new homes, it was mistaken. The introduction of the National Planning Policy Framework at the end of March, including its “presumption in favour of sustainable development”, was supposed, in part, to motivate planning authorities to be more pro-development.

However, official figures are far from encouraging: annual housing starts totalled 98,020 in the 12 months to September, down by 9% compared with the year before. 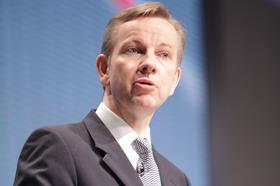 It was also a waiting game for contractors looking for a share of the government’s new PFI school building programme. First announced in 2011 as a replacement for the previous government’s £55bn Building Schools for the Future programme, scrapped in 2010, the first schools through the Priority Schools Building Programme (PSBP) were expected to come to market in April.

However, this was delayed, after the government’s new schools capital quango, the Education Funding Agency, was swamped with bids and the Treasury stalled on its PFI review. In May, education secretary Michael Gove finally announced the list of 261 schools to be included in the programme (this had been expected in December 2011) - and made £400m of cash available to expedite building work on 42 schools.

The first three tranches of those schools - in Coventry, the North-east and London - came to the market in the autumn. However, chancellor George Osborne’s Autumn Statement revealed that £250m had been cut from the PFI element of the programme, making the scheme worth £1.75bn. Alongside the PSBP, the EFA published a raft of new baseline designs, to be used as basic design guidance. The move was made in response to Sebastian James’ review of education capital, which called for greater efficiencies through standardisation. But, despite a concerted industry effort to ensure sustainability standards were maintained, the future of BREEAM in school building remains uncertain, as it continues to be subject to an ongoing government review. 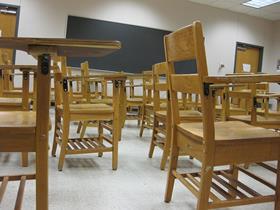 Meanwhile, Building exclusively revealed post-occupancy research, undertaken by the government on the BSF schools, which showed, among other things, concerns over the schools’ sustainability performance. More embarrassing for the current government, the research revealed that BSF schools contributed to “significant improvements” in pupils’ educational performance and attendance, directly countering Gove’s view that the quality of school buildings has little impact on the performance of teachers or pupils - a stance which was used as part of the justification for scrapping the BSF programme.

Quotes of the year

“Why does the government even bother to undertake consultations if it doesn’t publish the results and then buries the findings?”
Andrew Warren, director of the Association for the Conservation of Energy, on the continued lack of a response to the consultation on Part L of the building regulations

“We’ve almost got to a point where we’re taking professions for granted in the UK. That’s not happening anywhere else”
Sean Tompkins, chief executive of the RICS

“It’s a funny approach to say the planning system is too cumbersome while then parking the decision on one of the most important pieces of infrastructure we’ll see in the UK for years”
Daniel Moylan, head of the London mayor’s aviation unit on government procrastination on airport expansion