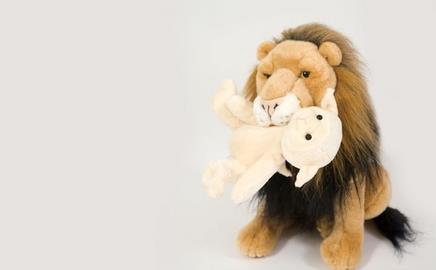 My first job was in construction. This came as a surprise, since I’d applied to be a sales assistant at a sportswear retailer. I arrived on my first day ready to take full advantage of staff discounts on the latest fashions (in Southend circa 1999, that meant Adidas trousers in a happening shade of fuschia). Which is where I met Dave, the store manager. He’d taken possession of the shell of a new store and intended to make the newly recruited 16-18 year old sales assistants do the fit-out. We discovered this when we were told to form a human chain between the shop and a fleet of lorries.

As well as the Adidas trousers, the 1,000 boxes in the lorries held huge metal wall brackets and shoe racks that needed to be mounted onto the walls – by us. But first they had to be moved into the shop. This was a big ask, given that the boxes weighed as much as sturdy children, and half the staff were girls who hadn’t shown the early aptitude for motherhood of many of their schoolmates.

A crowd of critical shoppers soon gathered. “You shouldn’t ’ave young gels doing that,” they declared. Dave, alert to the OAP-led PR disaster bearing down on him, moved all the girls and some of the weedier boys inside, leaving a fine selection of Essex manhood as the public-face of the operation. Sadly, this meant the girls had to haul the boxes up stairs – but nobody would know except the spinal injuries unit of Southend General.

I didn’t fully realise it at the time, but I had encountered a common type of bad boss – The Hypocrite. Dave was not concerned that I went home with so many scratches that I looked like a seafront heroin addict, just as long as he looked good to his bosses.

Stan Hornagold, founder of Hornagold & Hills and the Marstan Group, has had experience of a second breed of boss:

The Liar. “This man advised me never, ever, ever to admit a mistake,” he says. “This goes against all logic and even parental advice.” Hornagold ignored him. “A month later I discovered I’d missed something from a client’s budget. It couldn’t be hidden and I decided to come clean to the board. I told them about the omission and said it was my fault. For the next 20 minutes, they proceeded to thank me for telling them and we looked at ways we could overcome the problem.”

Vaughan Bernand, chair of Constructing Excellence, recalls another species of bad boss: The Dictator. This person took away all his responsibilities, one by one. “He’d call me into his office where he was sat with two senior managers, tell me to sit down and say: “Vaughan, business development: I don’t want you to do it any more. Okay. You may go”.

A problem with The Dictator is that their behaviour can spill over to another, even more toxic category: The Bully. Philip Watson, head of education at Atkins, glimpsed this boss when he was a trainee. “We worked with a guy who would say he was on site when he was actually in the pub. Our boss found out, and one afternoon waited for him to come back – and started a fist fight.”

Such displays of violence contrast with the problem construction lawyer Rupert Choat says “a friend of his” encountered with one former boss. “He was charged with organising a collection for a lawyer who was leaving, and during the course of it found out people didn’t like the guy,” says Choat. “When it came to the senior partner, he emptied out his pockets on his desk, separated the coppers from the silver and put them in. His parting shot was: “Now, why don’t you spend that on a hat with ‘wanker’ on it?”

Yes, Choat’s “friend” had found The Scrooge. A breed whose habitat covers much of the legal world, one might suspect. Choat himself is prepared for future occurrences. “A few months ago I was in Russia and saw a woolly hat embroidered with ????? – the Russian for hat.” Ah, never the leaver, the Scrooge and the hat embroidered with Cyrillic letters that look like “wanker” all together …

The ultimate bad boss occurs when one of these five is crossed with The Wreck. This creates the kind of boss who will have a go at you purely because of what their spouse/ex-spouse/latest mistake said as they left home that morning. One project manager suffered six months of agony at the hands of a Wreck who’d a gastric band fitted. “She’d spend all day asking me what I was having for lunch, because she could only ingest liquids. Then she’d gorge herself and throw up in the bin. One day she didn’t make it and splattered carrot soup across the floor.”

Why do we put up with these bosses? Well, there’s always the chance they may turn into The Lifesaver. Just ask Richard Burgess, now head of project manager Clarson Goff. “I was working in Saudi Arabia and I’d been told not to take photos. Nevertheless I was wandering around taking pictures, and I got bundled into a car by the secret services. After a day in a cell I was allowed to phone my boss, who talked to the British Consul and got me out. So I’m pretty grateful to him.”

Would he have been as grateful if his boss had landed a haymaker on the guard before suffering the consequences of a gastric band on the way home? Probably, yes …