4
The chance of a better life
Focus

The chance of a better life 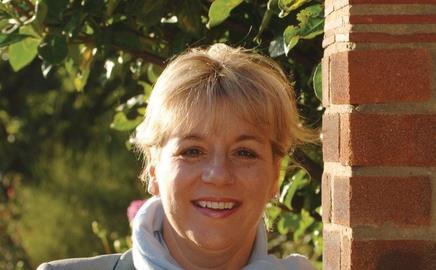 ‘We’ve got a problem with a lot of young people in this country,’ says Martina Milburn. It’s a common refrain these days, but as chief executive of a charity that helps disaffected youngsters find work, she’s actually doing something to solve the problem. In fact, The Prince’s Trust not only helps to cut youth unemployment, it’s also trying to solve an equally pressing problem - the desperate shortage of recruits to the construction industry.

‘Usually the ones we deal with have done quite badly at school. We train them so they become active contributing members of society. A lot of young people are not academic. They’re not going to come away with heaps of A levels or go to university, but they are bright and have fantastic practical skills. It’s the practical stuff the construction industry offers.’

More than one million young people in the UK are not in work, education or training, while youth unemployment costs the UK £10m a day in lost productivity. Last year, The Trust gave practical and financial support to nearly 40,000 young people to help them develop key skills, confidence and motivation, and three-quarters of those are now studying, training or working as a result. The Prince’s Trust has been working with the construction industry for many years - it was founded by the Prince of Wales in 1976 - but in April 2006 it took this relationship a step further and set up the Construction and Business Services Leadership Group.

There are 28 partners from across the industry that have together pledged more than £2m to develop a pre-apprenticeship training programme called Get Into Construction. The courses provide between two and four weeks practical skills experience for people aged 18-25. They are trained in skills such as carpentry, plastering, bricklaying and painting and decorating, and those who pass gain their Construction Skills Certificate Scheme card that entitles them to work on a building site. So far, more than 300 young people have graduated from the course and 93% have seen it through to the end. Now 75% are in further training or employment.

Often the young people The Prince’s Trust works with come from troubled backgrounds and this is the first time anyone’s shown an interest in their development. A career in construction is an attractive proposition to many but with a background of drug abuse, prison or a poor record at school it can be a struggle to get on the first rung of the ladder.

‘I’ve yet to meet a young person from that background who really in their hearts doesn’t want a better life,’ says Milburn. ‘Very often they’ve been let down by all the adults in their lives who could help them achieve that. The point of Get into Construction is to give them some kind of work discipline. If you’re due at 7.30 or 8 o’clock you turn up, if you’re off sick you let someone know. It’s a lot of very basic stuff, that they need to understand whether in an office or on a building site.’

Companies can get involved with the work of The Prince’s Trust in a number of ways. The Construction and Business Services Leadership Group is looking for new members who commit to find employment for skilled young people, and invest £15,000 per year for a minimum of three years. They can also take it a step further and help find work experience or employment for young people on the course. Firms might also encourage their staff to offer mentoring to help integrate them into working life.

Milburn has been impressed by the industry’s response. ‘I’ve found them incredibly positive. There is an understanding that if you want to change things in our society, you are going to have to do things differently. A lot of people in the construction industry make very good mentors. They have a lot of affinity for young people who might not have come through an academic route, taking them into the business and helping see them through the early months.’

One member had carried out a scheme to train and employ ex-offenders and told Milburn they were some of their most loyal workers. ‘People appreciate being given a chance. It might mean having to train staff to react differently, but if you get it right, the rewards are fantastic. It’s not just them, it’s their children you’re helping - you’re helping to break the cycle.’