Water usage: To the last drop

With every person in the UK using an average of 150 litres of water per day, the country’s water usage needs tempering. Ike Ijeh investigates the domestic inventions that could prevent us from running dry 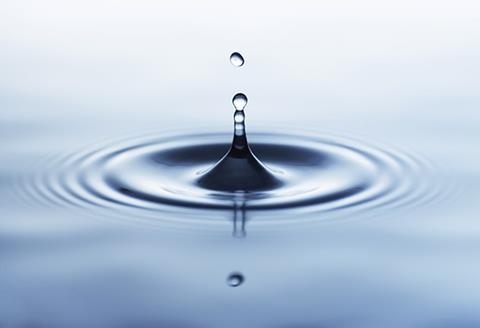 According to a major survey by green lobbyists the Energy Saving Trust in 2013, UK households use an incredible 9 billion litres of water every day. This amounts to every person in the UK using approximately 150 litres of water per day, just under two filled standard bathtubs. Moreover, this daily consumption figure has been rising steadily by approximately 1% per year since 1930.

In a world of scarce natural resources, where environmental awareness is now all but a compulsory concern, allowing these lavish levels of water consumption to rise unabated is an untenable proposition. Surprisingly, the situation is particularly perilous in the UK. Despite being an island nation notorious for rainy weather, water efficiency consultants Waterwise reveals that Britain enjoys less rainfall per person than practically any other northern European country. The south-east of England is also identified as being one of Europe’s most vulnerable regions to water shortages.

In recent years, manufacturers have responded to water’s finite supply by introducing a raft of new water saving technologies. As households are among the biggest consumers of water nationally, many of these new technologies have been focused on the domestic market.

According to both Waterwise and the Energy Saving Trust, showers, baths and toilet flushing are identified as the biggest sources of water usage in the home, accounting for well over 60% of the total figure. The figure rises to 90% in offices. A single toilet flush on a modern cistern can use up to 13 litres of water and while showers are commonly assumed to be more environmentally friendly than baths, using around half of a typical bath’s 80 litres, some power showers can use almost double this amount.

But, according to Waterwise managing director Jacob Tompkins, in recent years there has been a marked increase in “micro and ultra-flow devices that deploy new physics technologies to dramatically reduce domestic water usage”.

These include ultra-low flush toilets that use as little as five litres of water which represents a saving of up to 80% on some older cistern models. New eco-friendly taps also use a combination of sprays, aerators and flow regulators to reduce water consumption by up to 70% compared to standard models.

One area which Tompkins identifies as one which could still do with significant technological advancement is greywater re-use. “We’re not really seeing small-scale domestic greywater systems, where toilets could be flushed by used shower water for instance. This could have a big impact.” 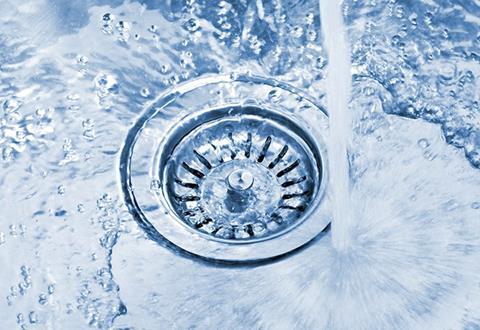 However, conversely, it is in fact showers where the most fascinating new technologies are being applied. Manufacturers like Kelda have long been developing shower models that are a complete departure from the technical specifications of traditional showers and instead use a combination of air flow and reduced water to expel water in a manner that Tompkins describes as being “more akin to a hairdryer”.

One such product, not yet on the market but undergoing patent approval, uses similar technology to reduce its water consumption by an astonishing 95%. As showers are one of the main culprits of water demand in homes, such technology could completely revolutionise domestic water consumption.

But, alluring as this kind of sci-fi technology is, for Tompkins technology is just one part of the battle against excessive water usage. There is another aspect that demands equal or possibly even greater consideration: behaviour.

“It’s got to be about more than just introducing top end technology or providing a low-flow experience,” insists Tompkins. “People’s behaviour has to be attuned to the capability and sophistication of the technology.”

Embedded within this mantra is an assumption that a more ecological approach to water consumption does not impinge on quality. “There’s no point presenting people with products that use less water but provide a poorer experience. People have certain expectations of what they want from a shower, for example, and these have to be satisfied too. In technological terms, delivering this with a shower requires a combination and manipulation of both water flow rates and duration.”

Accordingly, manufacturers’ response to greater behavioural awareness has involved features like cut-off times being incorporated into baths, taps and showers and, significantly, the introduction of sensors.

Products like Amphiro and DAIAD are trialling sensors that harness highly sophisticated Wi-Fi and Bluetooth technologies to provide instant live information showing, for instance, how much water a shower is using, or to send automatic consumption data and summaries to mobile phones. Ingeniously, the power required to run these sensors comes directly from the water flow within the shower.

Making available the kind of information required to modulate behaviour already happens within other areas of the domestic consumer market, says Tompkins. It’s merely a case of applying this principle to a wider range of water using products. “Mainstream suppliers have long understood that displaying energy efficiency can have a big impact on behaviour. If you look at dishwashers, fridges or washing machines, energy ratings are clearly identified in a highly engineered way. Rigorous water labelling could be just as useful.”

But for Tompkins and, it would seem, much of the water efficiency industry, while behavioural understanding is critical, it is best used as a carrot rather than a stick, an approach that perhaps has wider resonance across the whole sustainability agenda.

“You can’t force people to use water in a certain way. Acknowledging behavioural patterns doesn’t necessarily mean modifying them but ensuring that design and technology progress alongside them in an inclusive and efficient way.”

Click here or the image above for a larger version >>