10
What does it take to be a player?
Focus

What does it take to be a player? 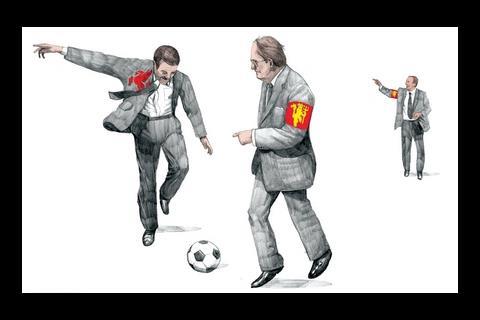 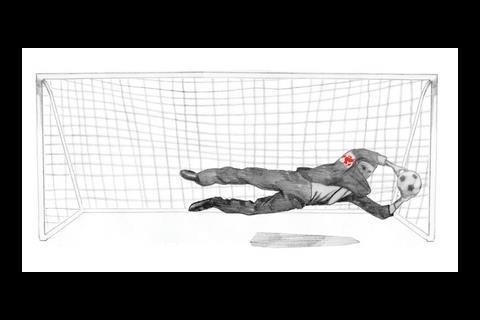 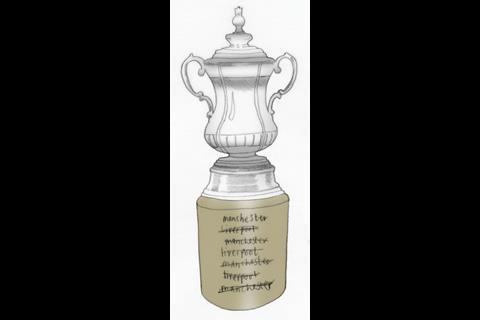 For anyone doing business in Liverpool’s development market, the answer is an ability to talk football for the full 90 minutes. And, as with the beautiful game, the property scene is all about getting one over on Manchester. Katie Puckett finds out if the Scousers have any hope of success

If you’re doing business in Liverpool, there’s one question you’ll be asked again and again. Never mind your turnover, your experience, or whether you saw Corrie last night – the first thing anyone wants to know is: “Are you red or blue?” They will, of course, be referring to Everton and Liverpool, or even, very occasionally, Tranmere Rovers.

Derek Walker, director of QS Walker Sime, set up a Liverpool office in June and he’s very much aware of the importance of the beautiful game. “The North-west is a hotbed of football. If the football’s doing well, there’s a spring in people’s step.”

Since Liverpool won its bid to be European Capital of Culture there’s been a different kind of spring in its residents’ steps, particularly among the property community. Walker is an excellent example of the infectious enthusiasm they display (even though he’s a Mancunian and a Man City fan). “Over the past 12 months, I’ve fallen in love with the place. It seems like it’s on the crest of a wave at the moment.”

Indeed, the city seems to be going all out to shed its reputation as the down-at-heel “our kid” of wealthier Manchester. As well as Paradise Street and the cultural regeneration of the docks, there are ambitious plans for the business district around Old Hall Street from local and regional developers such as Bruntwood, Downing, UK Land and Property and Maghull.

They’re hoping to emulate the success of Manchester’s Spinningfields or Birmingham’s Brindleyplace, but, this being Liverpool, it’s going to be bigger and better. The city’s residents have always been prone to hyperbole, but it was more usually deployed to secure hardship grants from various EU bodies targeting the areas deprived, the highest illiteracy rates and so on. But things are changing. In 2004, the 70-year tide of outward migration that nearly halved the city’s population to below 450,000 turned, albeit with only a token handful of new residents. But with them has come private investment, in place of charity handouts.

So there is much construction work to be won in the city and plenty of opportunities – as long as you know how to seize them (see box, overleaf). And those confident developers are even brave enough to assert that it’s credit-crunch-proof. “The difference in Liverpool,” says David Guest, Bruntwood’s regional director, “is that it’s starting from such a low base. You go into some of the property in the city and the quality of the environment – how can I put this tactfully? – is more challenging than it should be. Businesses that are competing on a UK, European or global scale need to reinvest in office space. We’ll see that continue for some time, even if the credit crunch continues.”

Bruntwood set up an office in Liverpool in 2003, buying the old Littlewoods building for £24.5m and setting about a sparkling refurbishment. At the time, it was the most anyone had paid for a property in Liverpool, and was met with bewilderment, but their confidence appears well placed. Three years on, property entrepreneur George Downing bought the similarly sized “Sandcastle” over the road for £51m, setting another record.

Nearby is a site that demonstrates ambition on a whole other level. The Pall Mall development is billed as a new commercial quarter with 1.5 million ft2 of commercial and public space to be built over 10-15 years. Meanwhile, the £80m first phase of the St Paul’s Square development next door is now occupied by law firm Hill Dickinson, and the second phase is almost complete.

Muse, St Paul’s Square’s developer, hopes that all this will break the vicious circle of low rents that has stalled Liverpool’s property market for decades. “We want to lift the quality of office buildings so the city can start getting rents above £20 per ft2,” says Dan Needham, Muse’s development director. “Up to now, the rents would only support a certain quality of buildings, but without the buildings you can’t get the rents. This is the first time that Liverpool’s been on a level playing field with Manchester and Birmingham in terms of grade A office buildings.”

St Paul’s Square was a calculated gamble for Muse, but it has paid off. The first building was a speculative development, but Hill Dickinson took all 125,000 ft2 at £18 per ft2 before work started on site. Building two is also speculative but is now 40% prelet to DWF, another local law firm, and a major clearing bank at £20 per ft2.

As Guest says, much of the completed space in the city to date has been taken by local firms moving or expanding. But even the city’s bolshie development community knows it can’t get projects off the ground without more inward investment. “We need to bring new jobs in, because Pall Mall is not going

to get built on the basis of existing employers,” says Needham. “There’s still a bit of an attitude that people take secondary space in Liverpool – they take new build elsewhere but refurb here.”

Liverpool is still very much in the shadow of Manchester when it comes to attracting firms, not least from the construction industry. Manchester has the M62 and the M6, whereas Liverpool has been seen as a bit of a cul de sac, a satellite market that could be served by the Manchester office, or a centrally located one in Warrington. “To get firms to base in Liverpool, you need to persuade them that both markets are big enough,” says Needham.

Local developers are optimistic that that is going to change, with a new crossing over the Mersey at Runcorn from 2014, more flights from John Lennon airport and the growing importance of connections to the north Wales and Northern Irish markets.

But even if Liverpool does weather the credit crunch, the housing market downturn is worrying. For the past three years, 3,000 housing units have been completed in the city every year, far outstripping the regional target of 1,100. Nigel Lee, planning manager at Liverpool council, thinks that half of all buyers are from outside the city. It’s his job to balance developers’ ebullience and make sure that the most grandiose schemes don’t upset the whole boat. For example, Peel Holdings is seeking planning for a vast

150-acre scheme north of the centre that would include as much office space as Pall Mall, as much retail space as Paradise Street, and 23,000 apartments. Can there possibly be enough demand?

Lee isn’t sure yet, but he is understandably concerned that such a scheme will destabilise the fragile city-centre market. “We want to encourage people to come back and live in the centre, and we’ve got to be realistic. So if you’re filling 23,000 homes, fine, as long as it doesn’t displace the market here. My question is, how can we make Peel's aspiration good for Liverpool?”

Lee has as much local pride as the next Scouser, but he believes Liverpool will never replace Manchester as the region’s hub and should be trying to provide something different. “I get cheesed off when people say we want to be the next Shanghai or wherever. They’ve got 20 million-plus people. If Liverpool succeeded in increasing to 500,000 in the next 10 years, that would be a mega achievement. I like to think of Liverpool as a unique British city. We’re a bit of an edgy city; maybe we’ll always be an edgy city …”

Lee may not want to compete with the Manchester juggernaut but there’s no denying the rivalry between the two cities. “I love Manchester, we’re not a big rival of Manchester really,” he claims, implausibly, then sticks his tongue out.

Many of Liverpool’s adopted construction professionals are from Manchester, and like Derek Walker, admit that they were initially nervous of how they would be received. “But everyone’s been really receptive,” he beams.

Bruntwood’s Guest agrees – though he takes a pasting every time a Liverpool team plays Man Utd. “I don’t follow it that intensely but that doesn’t stop me getting grief when we get beaten. I’ve been giving it out a lot lately but I’ll get it back with an extra 20% when the results change. Football is like a common language. People take football more seriously here but it doesn’t stop us working together.”

Downing
One of the largest landlords in Liverpool, owns The Port of Liverpool building and No 1 Old Hall Street, and almost 1 million ft2 of offices across the North-west

Developments to watch Developing plans for a 150 acre scheme along the river in north Liverpool which will include up to 2 million ft2 of office space, 23,000 flats, 1.3 million ft2 of retail and a bridge across to the Wirral with a tidal barrage to produce power from the Mersey.
Key person Lindsay Ashworth, development director
Team A rare exception – Ashworth doesn’t have one

UK Land and Property
Liverpool-based developer with more than 400 acres of land under agreement. Works on joint ventures with Pochin’s, a North-west based contractor and property firm

Developments Exchange Flags, an imposing 1930s building opposite the town hall. One half of the refurbishment is complete, the £15m second phase will be occupied by the Ministry of Defence by the end of the year
Key person Paul Johnson, projects director
Team Bolton Wanderers

Bruntwood
Owns more than 80 buildings in Liverpool, Manchester, Birmingham and Leeds. Set up a Liverpool office in 2003

Developments Bruntwood bought The Plaza from Littlewoods, your average sixties office nightmare, and has set about a very stylish renovation, still continuing. Residents of Croydon should hope Will Alsop was inspired by it on one of his no doubt fraught visits
Key person David Guest, regional director
Team Man Utd

Should you transfer to Liverpool?

If you want to convince local developers you mean business in Liverpool, you really have to open an office here. Liverpudlians, even adopted Liverpudlians, are fiercely proud of their city and expect total commitment to it from firms they employ.

Bruntwood’s David Guest says he always tries to work with companies based locally. “That way, they’ve already got a vested interest in making things work, and it’s easier and more commercially viable if you’ve got people based there to sort out problems. You do need to know people in planning, in building regs, in other companies to work in the city. Before we opened our office in the city, we were getting opportunities third, fourth or fifth hand and by then you’ve missed them. Now we get them directly.”

Locals describe the Liverpool scene variously as “gossipy”, “villagey” and “cliquey” and, like anywhere else, if you want to win work or ensure a smooth ride through planning it helps to know the right people. Antony O’Toole, an associate at architect Gilling Dod, says he never calls a planning officer until he’s made contact at director level: “At officer level, they do things by the book, you go one level up, you get into policy and things start to happen.”

There are many networking opportunities for business people in Liverpool – one called Downtown Liverpool in Business comes highly recommended – and trade and professional bodies are very active. But you have to be persistent. One in-demand property hotshot said it took a year of dedicated networking before anyone at the events would approach him directly.