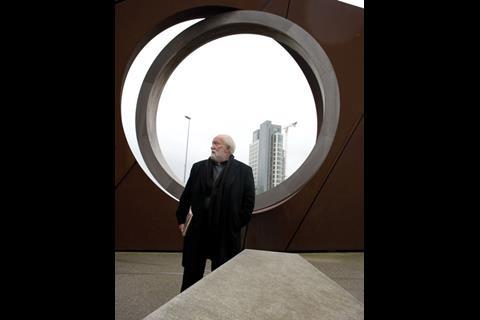 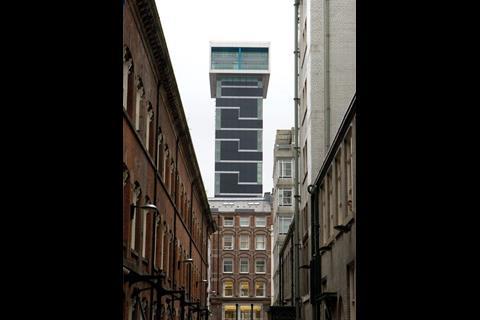 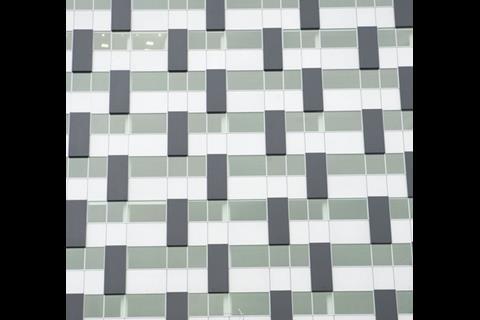 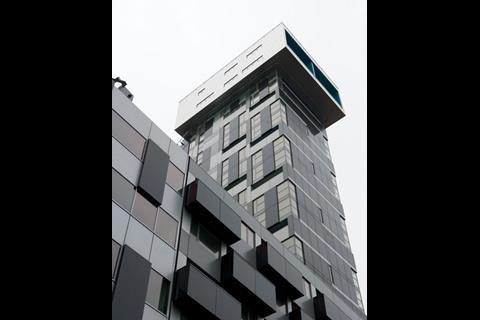 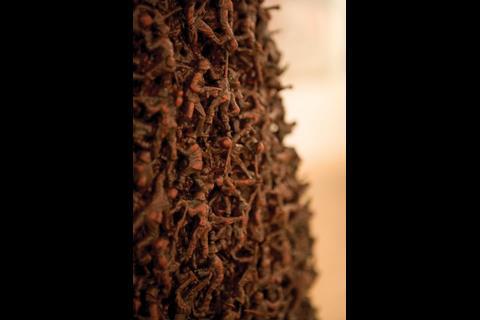 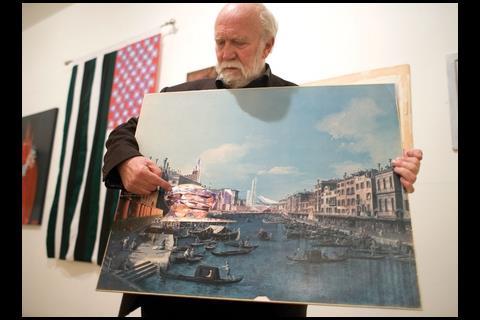 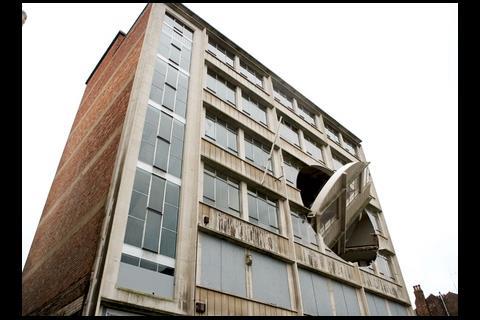 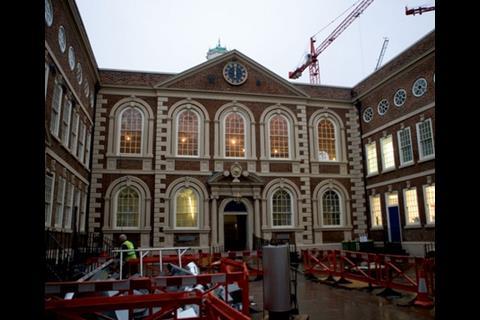 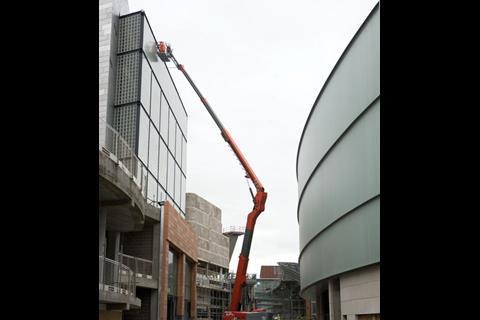 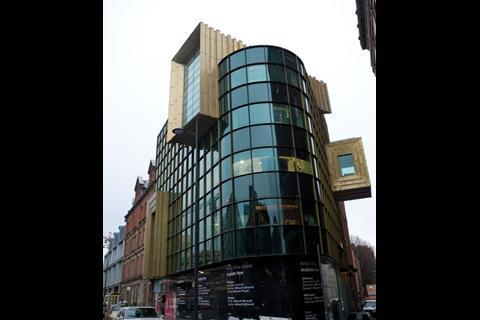 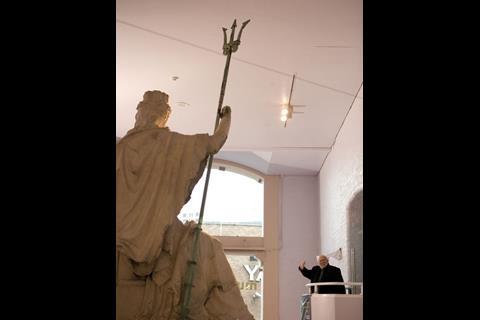 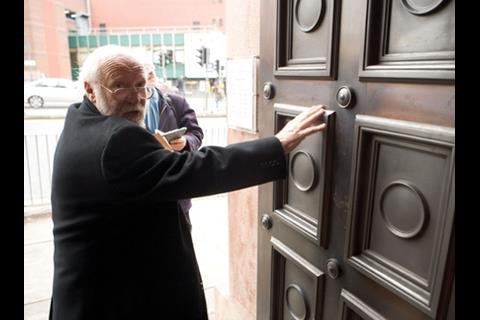 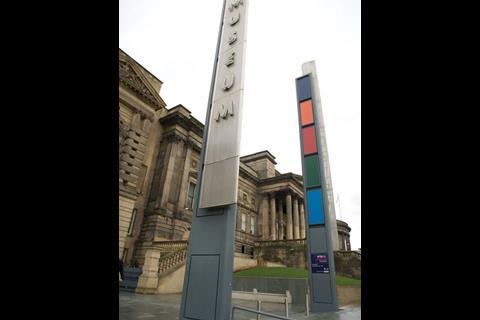 Although much of Liverpool is being transformed by immense projects, they don’t always fit well with the city’s social and architectural history. Martin Spring joins Ken Martin, architect and local guru to find out why

‘I counted 56 tower cranes recently – there used to be just three or four,” says Tommy Jones. “Maybe there’s too much happening all at once but I think the new buildings are fantastic.”

I’m sitting in the back of Jones’ cab with Ken Martin, the veteran architect and voluble commentator who probably knows more than anyone about Liverpool’s physical and social history. We are dropped off at the newly completed 27-storey Unity Tower in the city’s mushrooming business quarter, ready to begin a typical drizzly Merseyside day. “The nice thing about Liverpool is not the buildings but the people. They really do react to the city around them,” says Martin.

But not always in a good way. “Liverpool alternates between overconfidence and lack of confidence,” he continues. “That’s all to do with the port, which closed down in 1972, and with being underprivileged for so long.”

“Underprivileged” is putting it mildly. Liverpool in the eighties was the feelbad capital of Britain: the place where teargas made its mainland debut and urban regeneration was likened to making water run uphill. Every month, a thousand residents moved elsewhere. That picture only brightened with the general economic recovery of the nineties, during which the city outperformed London, thanks to the growth of service industries to complement its many development quangos. The most recent is the Liverpool Culture Company, which was set up to co-ordinate the city’s tenure as European capital of culture. It commands an £80m budget.

Naturally, Martin approves of all the money and the bustle. “There are so many millions of pounds in grants going into improving the image of the city that it almost had to become capital of culture to justify it,” he says. “It’s a real free-for-all.”

He is less enthusiastic about the , “amazingly high-handed and mismanaged” Liverpool Culture Company. “Perhaps when the quangos go away and the public subsidies stop, the city will become less managed and more positive.”

He is also sceptical about the “avalanche of building” at the Paradise Street shopping quarter. “My plea is for smaller schemes and for improvements to the public realm,” he says. “That’s because large developments tend to be static and the best cities evolve continuously. Small developments are part of Liverpool’s vitality.”

He does regret the absence of one large-scale project: a dual carriageway tunnel from the docks that would allow the city centre to reach out to the Three Graces, Albert Dock, the new arena and conference centre and the Mersey.

Martin may have been born and bred near Manchester, but he has spent his professional life in Liverpool, and typifies the city’s irrepressible cockiness. He ran the school of architecture at Liverpool Polytechnic for 20 years until 1989, during which time he fitted in the odd television appearance as Professor Lobster, introducing children to the wonders of architecture.

After that he set up in private practice again and several of his students went on to become big guns in Liverpool’s building boom, including Terry Davenport of Building Design Partnership, who masterminded the Paradise Street shopping quarter, and Ian Simpson, who designed the two Beetham towers.

All of which makes him in ideal guide for an architectural tour of his adopted home.

Ken Martin is a big fan of the rash of office towers that have risen over the past five years north of the Three Graces – including City Lofts’ 20-storey residential tower shown behind him by architect Atherden Fuller Leng. His enthusiasm doesn’t stretch to the 27-storey Unity Tower, shown above. Designed by Allford Hall Monaghan Morris, the Unity has picked up one of 13 RIBA national awards this year. But Martin is not impressed. “It’s an anywhere building. Its flatness is disturbing. And it’s a building that changes its mind to become a shoebox at the top. That shoebox dominates the city. It says: ‘Look, I’m here!’ but contains two £1.5m flats, so it’s an image of the wealth of just two individuals.”

Martin runs his own art gallery above his office in the city centre. “I could let this for £10,000 a year as an office,“ he says. “But this is me putting something back into the city.” For example, an elegant monolith that turns out to be a writhing mass of soldiers, and a montage of Will Alsop’s Fourth Grace and three other shortlisted schemes superimposed on a Canaletto view of Venice. “Will’s scheme should have been the linchpin of the capital of culture. But it became a cause célèbre – Neptune Developments wanted it to go ahead but the funders got cold feet. Now we’re getting yet another museum [designed by Danish architect 3XN] instead.”

Marching straight down the centreline of a vigorous pavement fountain installed in Williamson Square in 2004, Martin emerges with barely a drop of water on him. “We need spaces that make you smile,” he grins. An abandoned sixties office building nearby has a similar effect. With a little help from artist Richard Wilson, a two-storey circle cut out of the building’s facade rotates on a piston continuously and smoothly. “This is Liverpool at its best,” says Martin.

Built in 1717, the former Bluecoat School – reputedly Liverpool’s oldest building – is being restored and extended as a hub for city of culture events, although it will not open until March at the earliest. “It’s a very elegant building,” says Martin. “I just hope they don’t replace the railings across the front, as this used to put people off.” With Donald Insall Associates as conservation architect, Austin-Smith:Lord as executive architect and Kier as contractor, the update takes in a modern reinterpretation of a brick mews at the back by Biq of Rotterdam.

Baroque till you drop

Martin sums up Grosvenor Estate’s 191,000m2 Paradise Street in the south of the city centre as “dynamic neo-baroque”. “Commercial retail architecture has got better over the years and Liverpool has avoided the disasters of early shopping centres,” he concedes. “But this is a leviathan scheme with big, bland forms pushed in and out. It’s slightly forced and reminds me of an expo. On the other hand, with all that glass it should be quite stylish at night.”

“Liverpool’s full of art, like Italy,” says Martin in tribute to the row of four majestic stone libraries and museums overlooking St George’s Plateau. The plateau is also home to several bronze and stone statues, some of which – including this stone Britannia from the roof of the Walker Art Gallery – have found refuge in the National Conservation Centre, converted by Martin from a railway warehouse in 1995.

“It’s brash. And it has chutzpah,” says Martin of Herbert’s hairdresser’s salon, sporting golden highlights and “Bling” tatooed over the main entrance. “Just make sure you get the American saloon car in the photograph.” Designed by Piers Gough of CZWG, it is part of the first phase of Grosvenor’s Paradise Street development. Alongside it stands the neatly tailored, red-brick box of the Friends Meeting House, which Grosvenor developed to entice the Quakers away from a more lucrative site earmarked for retail.

Martin loves the solid bronze doors to the newly restored St George’s Hall but is less than impressed by the rusting woven-steel doors and two pavement pylons at the World Museum Liverpool around the corner . “You’re coming into a major public building and it’s like a service station,” he sniffs.