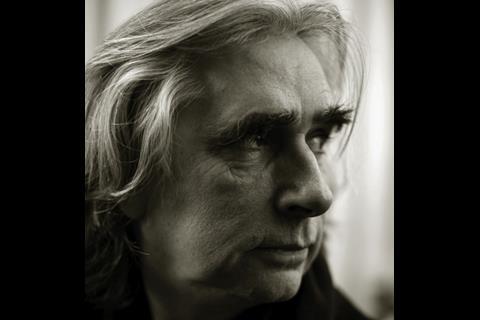 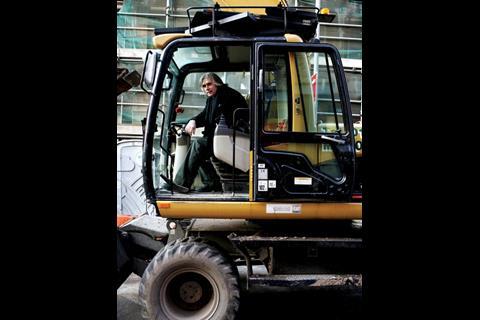 He’s known by many as the father of the modern soap opera. Others see him as the man who’ll deliver Liverpool’s year in the sun. But for some he’ll always be the QS who tackled Orton village hall …

‘Hey! Careful where you’re leaning there mate!” Phil Redmond looks round at the grinning builder who has called out the warning. “We wouldn’t want you to get paint all over your nice coat.” Elsewhere someone of Redmond’s status would be lost for words, but the silver-maned deputy chair of Liverpool’s capital of culture committee turns to the man and, in equal good humour, replies: “I thought I could smell paint – I thought the Queen might be coming.”

Her Majesty might not be in town just yet, but a quick walk past the massive £1bn Grosvenor project at Paradise Street proves that Redmond is royalty enough. We have only stopped for a few minutes with the photographer and already a small crowd has gathered, taking shots of their own on mobile phones. “What’s the story?” one asks. When I start to explain, he says: “I know it’s Phil Redmond. We all know who he is.” More builders are shouting down from the scaffolding above and one even comes over to ask if he can help with any photographs as Redmond is “… a great writer, mate”.

With this much goodwill towards the creator of Brookside and Grange Hill it is little wonder that he firmly believes that next year will be a great one for Liverpool: European Capital of Culture.

How quickly perceptions change. Only in August last year the local press was sharpening its knives for Redmond and the 14-strong capital of culture committee. The much-hyped Matthew Street Festival had just been cancelled at the last minute owing to a “communications breakdown”. Even Redmond admitted that the organisation of the 2008 celebrations had lurched from “crisis to crisis” and called for his own committee that was overseeing the work of arts organisation the Culture Company to be scrapped as it was “… just a talking shop”.

Fast forward four months to late December, just weeks before the official launch party at the newly designed (but still incomplete) Liverpool Arena and Redmond claims the picture has definitely improved. He has languidly sprawled himself on a couch on the top floor of the new BBC Radio Merseyside building where he has just finished an upbeat

phone-in show about (what else?) the capital of culture. Redmond brushes aside talk of a £20m black hole in the council’s finances as a result of organising the capital of culture festivities. “That’s all old news now,” he says, squinting out from under his bushy black eyebrows into the winter sun pouring through the window. “The agenda has moved on. The culture funding is fine and most of it has been spent and so that’s it. If we walk away now and don’t do anything tomorrow, the art institutions will deliver their programmes. Most of the other things like the community and education programmes will all happen anyway. We at the Culture Company are pretty confident and sound – we have no funding issues.”

There are also now, apparently, no issues about the make-up and role of the much-derided culture committee. Redmond is now deputy chair of a committee that has been pared back from 14 to six – Tom Bloxham, the founder of Urban Splash, and councillor Mike Storey, the city’s regeneration supremo, also made the cut. Redmond has been given responsibility for driving the creative element of 2008 – that is, pretty much everything. The council must be delighted he has agreed to shoulder the burden as shortly after our meeting Jason Harborow, chief executive of the Culture Company, left his post, citing plots against him that have made his position untenable.

You only have to speak to Redmond for a few minutes to understand that he lives and breathes Liverpool. But can he pull it off?

Liverpool is a city of 285,000 people – Manchester has a
million-plus. But we’re cool and they’re not

He draws his inspiration from a rather surprising source. “I worked as a QS for five years for a firm called Everest and Blundell.” He got into that after being impressed by a QS who gave a talk at his school, and for the next few years he worked on schools, police stations and other public buildings around the North-west. These included Padgate Teacher Training College in Warrington, Cheshire, and a village hall in Orton, in Cumbria. “I do look back and think that it was actually a good route to go down,” he says. “I do have a lot of respect for the industry. It was five years in construction and 30 years in television and there’s nothing in television that you couldn’t find a parallel for in the construction business. It’s all about getting particular people to do a particular job at a particular time, within a particular budget and timescale.” (See box below.)

Construction’s loss has been television’s gain and although Redmond says that “doing all of this forced me to conclude that there must be more to life,” he adds that “as a result of my early training when I first got into television I could see that a lot of the processes could be improved. There is always another way of doing things. If you haven’t got the budget that you really wanted, the question you have to ask is what is the original intent for what you wanted to do?”

Redmond’s answer to that question for the capital of culture is “to bring a renewed confidence to the people of the city”. He bristles at the suggestion that this will take more than a few gigs by the surviving Beatles, given the city’s decline and the corresponding rise of Manchester.

“You’re making a mistake here thinking that we actually care what people think about us,” he says, and for the first time there is an edge to his Scouse drawl.

“The reason why all of this building work is happening is not because the investors are worried about the image of the city. It’s going on because they think there is a return to be made.

As for the Manchester question, Redmond insists that it is a false comparison. Whenever Liverpool plays Manchester United, he says, the fans do not see it as symbolic struggle for regional supremacy. “We are now one city region. I don’t see this as an issue at all.” However, perhaps mindful of his audience on the street earlier, he adds: “We don’t want to be Manchester. We don’t care. We’re Scousers and we are what we are.”

He quotes from the Open Culture community website that he and his wife pay for: “’Love us or loathe us, you can’t ignore us’. We’re a city that’s always been at the edge of everything and the centre of nothing. It is a town that has been shaped by shifting agendas, constant change, constant decline and constant rise. We’re comfortable with who and what we are. Liverpool is a city of 285,000 people – Manchester has a million-plus. But we’re cool and they’re not.”

Architecture
“I think if I’d gone into architecture I might still have been there as my creative gene might have found a better outlet.”

Paradise Street
“Anybody in their right mind knows that if somebody announces a £1bn scheme and says it’ll be ready in April 2008, that’s
going to slip.”

Legacy
“By the end of 2008 I hope our built environment changes from a sandstone and cobble 19th-century city to being a glass and steel 21st-century city.”

“When I started Brookside they used to take 90 minutes to run the cables out in the morning and 60 minutes to bring them all back in at night, if we were out on location. By building a permanent set and cabling it, that was reduced to 30 minutes and 15 minutes so we gained an extra two hours a day, almost. Also, the average set construction cost in 1982 was £13,000 for every half hour. That meant that Brookside Close was paid for in 13 weeks, and we’d removed the 26 grand overhead every week. The cost of hiring the equipment was £1.5m in 1981. That paid back in something like four months so we were able to keep costs right down. All that came from quantity surveying.”