What to specify: M&E

This week, Google gets an airflow system that uses technology developed for Hong Kong’s underground railway, a guide on floor plenum airtightness can be downloaded free, software maps moisture levels in projects and fans get bionic over blades 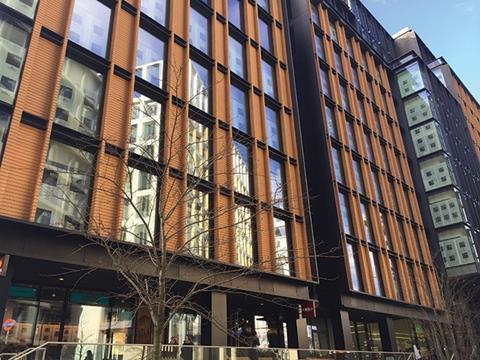 Gilberts has reused existing linear ceiling diffusers, with the blades removed and replaced with modified deflectors, at Google’s offices in London. Google needed better performance in terms of control over airflow and temperature because of the spot heat generated from the high number of computers. Gilberts delivered a solution where the original grilles were removed, reworked and reinstalled. The vanes in the new version had originally been developed to solve problems with moisture and humidity on Hong Kong’s underground transport system. The diffusers deliver multi-directional airflow; the blades – at 100mm increments instead of the standard 200mm – simultaneously provide more control and greater air throw.
Gilberts
www.gilbertsblackpool.com

Heat recovery technology
Airflow Developments has launched an addition to the Duplexvent MVHR range, which uses high performance heat recovery technology to provide efficiency and protection against indoor air contaminants. Available in DV250, 300 and 400 models, the Entro range consists of side-entry supply and extract ventilation units, suitable for use in small, medium and large homes up to 220m2. The company says this mechanical ventilation with a heat recovery solution operates with minimal noise while achieving over 90% efficiency with air capacity of up to 385m3/hr at 100Pa. The Entro range is available with a choice of two control panels.
Airflow Developments
www.airflow.com

Central air-handling units
Fan manufacturer Ziehl-Abegg has released a new range of central air-handling units – the ZAbluefin blades. The radial fans vary in size, starting at 710mm, and benefit from knowledge gained in the field of bionics. Less weight protects the bearings in the motor, and there are no gaps into which dirt or condensation can penetrate, making the new product more stable.
Ziehl-Abegg
www.ziehl-abegg.com

Guide to floor plenum airtightness
BSRIA has published a guide that addresses issues with floor plenum and recommends criteria for air leakage from floor plenums. It is important that air supplied to the floor plenum is discharged through floor-mounted diffusers or grilles rather than through joints in the raised access floor or between the raised access floor and the walls, and the guide suggests the worst acceptable criteria for plenum leakage. The Floor Plenum Airtightness Guide is available to download from the company website and as a hard copy.
BSRIA
www.bsria.co.uk 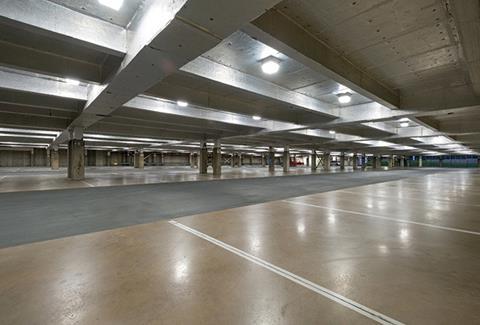 Venture Lighting Europe has supplied a purpose-made retrofit gear tray to benefit a Costco store in Birmingham. The product was chosen because it could reduce the store’s energy consumption and improve the lighting of its underground car park. The company developed a 50W LED retrofit gear tray to replace 300 150W metal halide lamps. The 300 fittings have been installed in the store’s underground car park, which requires high levels of light to provide a safe, customer-friendly environment.
Venture LIghting Europe
www.venturelightingeurope.com

Psychrometric diagram viewer
Daikin has launched a new psychrometric diagram viewer, which provides the means to plot moisture levels in building projects. The software settings of the new tool can be adjusted to accept a wide range of variables. Data obtained is reviewed against a series of parameters and presented as charts. The software promotes precise capture of the properties of moist air in changing conditions and the resultant effects on the building environment. The psychrometric data viewer offers the ability to plot and adjust points on the graph with the click of a mouse and to zoom in to see relevant areas of the chart in more detail.
Daikin
www.daikineurope.com

PVCu soil and MUPVC waste pipes
Soil and waste pipes from Marley Plumbing & Drainage have been installed on a scheme to provide 497 high-rise homes in Salford. The PVCu soil and MUPVC waste products were specified because the company offered a package that included all the products the project needed. Marley’s soil and waste products are certified to British and European standards including BS EN 4514, BS EN 1329 and BS EN 1566.
Marley Plumbing & Drainag
www.marleyplumbinganddrainage.com 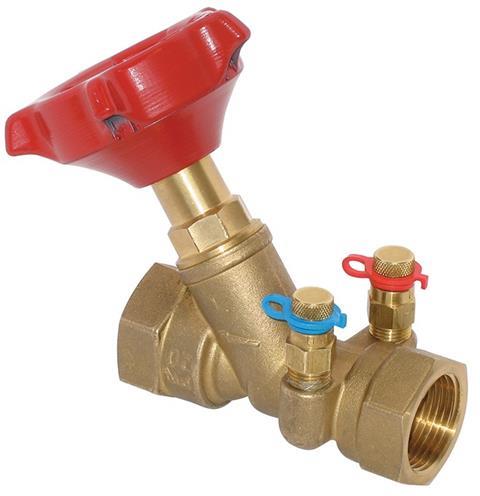 Pegler Yorkshire is widening its static valve range, which includes ultra-low and medium flow products, to cover all flow variables. In its Ballorex Commercial Valves range, the Pegler 1260 fixed commissioning double regulating valves have a fixed-plate orifice for accurate measurement and regulation. The fixed range of 1260, 1200 and 1250 DZR brass-bodied valves have PN20 rated, non-rising stem, double regulating features on spindles and a hand wheel incorporating positions indicating 00-79; all are WRAS approved. The additional Ballorex valves will mostly be used within the Network application area.
Pegler Yorkshire
www.pegleryorkshire.co.uk 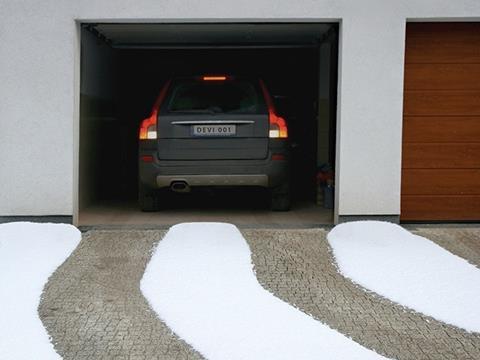 A smart frost-protection system from Gaia Climate Solutions has been installed under the driveway of a London home. Gaia’s DEVI DTCE-30 frost protection cables, mounted on D49 wire mesh, were installed under block paving on a 40m2 drive. The twin-conductor electric cable produces 30W of heat per linear metre to raise the surface temperature of the pavement sufficiently to melt ice or prevent standing water from freezing. Thermal and moisture sensors combine to register the need for ice and snow melting and send a signal to the DEVIreg 850 thermostat, which switches on the power to the cables.
Gaia Climate Solutions
www.gaia.co.uk