Read background details on the survey’s key findings, plus graphs and data

In November and December 2017 Hays surveyed 936 individuals – 628 women and 293 men, (15 preferred not to disclose their gender) – working in the construction industry in the UK. They were asked a series of questions under five headings: your career, your job, equal opportunities, family and career development. The survey was also available through building.co.uk. More than half of overall respondents noted they were in the “Generation X” age group (born 1961-82), with 33.5% Generation Y (born 1983-95); 31% said they worked in Greater London, with the rest spread fairly evenly across the rest of the UK apart from 3.5% who worked outside the UK

A majority of respondents (71%) worked in the private sector, with 29% saying they operate in the public sector. 19% said they worked in architecture, 18% in commercial construction, including quantity surveying, planning, estimating and buying, and 18% noted that they worked in on-site construction. 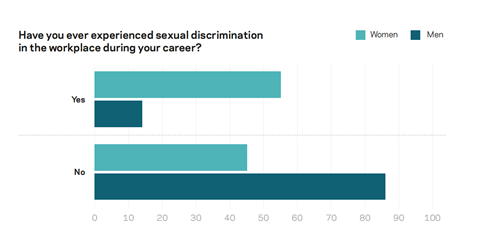 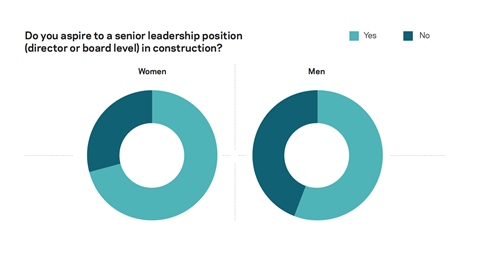 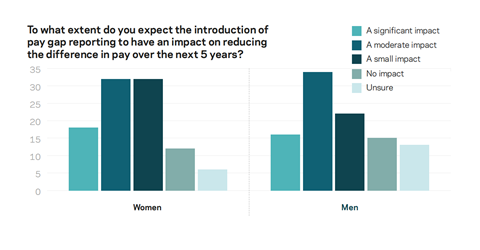 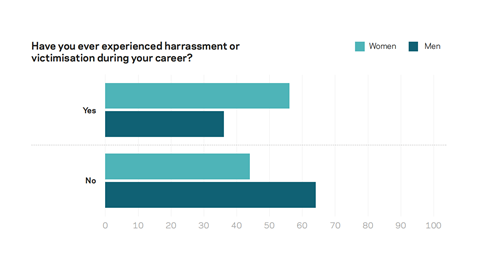 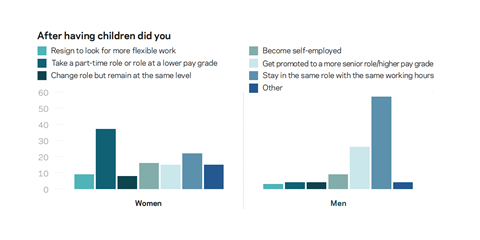 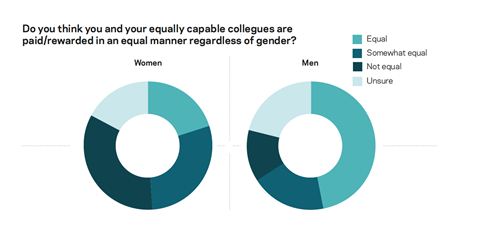 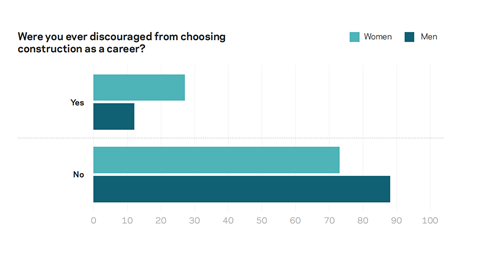 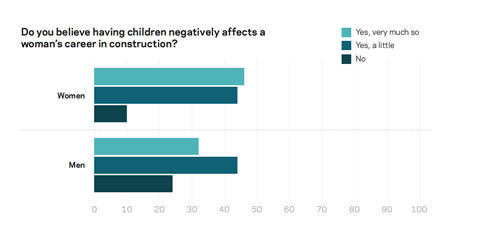 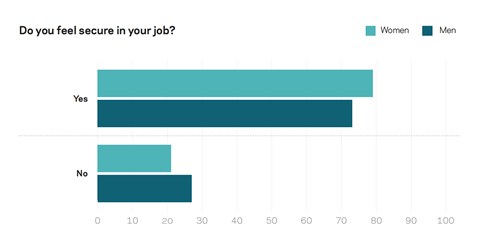