A cause for celebration

The government’s £4bn social housing programme is set to increase stock for the first time since 1979. So why aren’t we shouting about it? 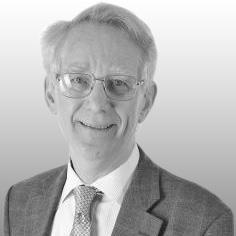 Two big coalition government capital investment programmes have just reached important milestones. The celebrations were held just 12 miles apart, each complete with government minister, press release and photo shoot. But only one got any headlines.

That was chancellor George Osborne’s launch of the Northern Hub rail investment programme. This is a project to catch the eye, certainly – an £800m section of the biggest rail enhancement programme since Queen Victoria’s day. It extends the electrified mainline network in all directions from Manchester to Leeds, Liverpool and Preston. It is a clear signal that the coalition is serious about rebalancing the geography of our economy.

So what of the other event? That was the celebration of one of the best kept secrets of this leak-prone era, five times bigger than the Northern Hub investment: the government’s social homes programme.

Here’s a counter-intuitive fact: this government will be the first since 1979 to increase the supply of social and affordable homes for rent. That follows a loss of over a million council houses by the Tories up to 1997, and the loss of a further 420,000 homes by Labour up to 2010. In contrast, our £4bn programme will have increased the stock by at least 150,000 by May 2015. That’s despite ramping up the “right to buy” scheme.

New homes have no news value. Homes not built, now that’s a story. Homes flooded, that’s even better. So there was no media scrum or special supplement in the trade press when we cut that ribbon

How did that happen? First we’ve put in place a radical plan: build a new home for rent every time one is sold. Something Labour completely failed to do. Second, we’ve levered in more cash from housing associations with a financial model that costs only half the subsidy per home than under Labour. I spent a lot of time as a minister at the dispatch box listening while opposition critics explained in exquisite detail just why it would never work. Of course it has, and so far we are around 90,000 social homes to the good compared to 2010.

So it was a delight to be at that second celebration marking the opening of England’s four millionth social home for rent. By a happy coincidence, that home lies in my own constituency of Hazel Grove, and is in a scheme for Stockport’s own arm’s length management organisation, Stockport Homes. After years of shrinking social housing stock and rising waiting lists, we’ve bottomed out and once more have over 4 million social homes.

Back in the sixties, such a notable milestone would have led to national celebration. And if you judged it by the angst heard every week about the state of the housing market and the desperation of young couples, you might expect a little bit of interest even in today’s news-saturated environment.

You’d be wrong. New homes have no news value. Homes not built, now that’s a story. Homes flooded, that’s even better. So there was no media scrum or special supplement in the trade press when we cut that ribbon. No hard feelings, but maybe you can begin to see why the people who draw up party manifestos will have plenty to say about tax and jobs and 20 other things, but not much to say about rebuilding our social housing stock. Why not?

First, because social housing is boring. It doesn’t change voters’ minds. It is too techie, and the funds now pencilled in post 2015 will only build another 160,000 over three years. Never mind the policy, where’s the slogan, when we need a quarter of a million more homes every year?

Second, because social housing is embarrassing. Conservatives have got an ideological problem with it, obviously. They only agreed to replace sold homes because the Lib Dems made them. From this point of view, the sooner they all go, the better. The last thing they want to do is draw attention to the coalition’s successful rebuilding programme. Meanwhile, Labour just has a really big problem explaining why it was a good idea to get rid of 420,000 last time, but it now wants to put some back. Shouting only draws attention to the big hole in its policy bucket.

Third, because social housing is actually quite expensive. With higher space and environmental standards than in the private sector, it costs more. And with at least £35,000 capital subsidy per home when we’ve still got a deficit to close down, a slogan-sized commitment looks unaffordable.
Which is a pity, because history shows that any sustained success at closing the gap between demand and supply will only come from a very vigorous social housebuilding programme.

Perhaps all this has reminded you that it wasn’t until the Lib Dems entered government three years ago that social housing policy picked up after decades of steep decline. It’s not yet enough, and I’ve written before on what we need to do after the next general election to unlock construction of affordable homes for rent without breaking the bank (or the taxpayer). Sadly, one safe prediction about that election is that next year’s manifestos won’t have this story on their front page.