Could ‘use it or lose it’ unlock more land? 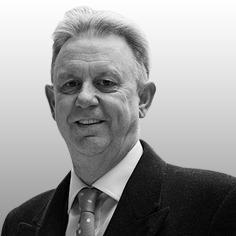 I’m not usually one for new year predictions, but I think I’m on pretty safe ground when I say that I expect the rather tired discussion about whether major housebuilders are “land banking”, to be given another airing in the year ahead.

The reason is simple: supply cannot respond as quickly as pent up demand, and an easy explanation is that the housebuilders are sitting on large unused land banks. So in 2014, I am sure figures will be produced saying how many homes could be built if housebuilders could “instantly” build on all the plots they control.

To be absolutely clear – we don’t fear ‘use it or lose it’ policies, but I’m not convinced that when it comes to increasing supply, they will yield many benefits either

Of course, this will ignore the fact that most of the plots are on sites that have started and are being built just as quickly as the homes produced can be sold.

It will also ignore the outcome of numerous reviews and studies that have been carried out (OFT, Barker, Calcutt) with not a single one providing any evidence that supply was being restricted because of this issue.

What commentators and others haven’t yet grasped is that “land banking” just isn’t part of the economic model that mainstream housebuilders operate to. If we own land that has a viable planning permission, we want to deliver the economic value that will be unlocked by development, as fast as possible. We have no interest in doing anything different and there is nothing that frustrates me more, than when we experience delays getting on site.

To be absolutely clear – we don’t fear “use it or lose it” policies, but I’m not convinced that when it comes to increasing supply, they will yield many benefits either.

So we do need to move the debate on. If there are sites out there with viable planning permissions and no development is happening, let’s find out who owns the land. Let’s establish if there is any good reason why it’s not being built on and get the land in the hands of someone who will, if there isn’t!

Perhaps more importantly if we really want to increase the supply of new homes, we need to ask – and answer - a number of better questions, including:

So on reflection, perhaps a “use it or lose it” incentive could deliver additional land for development … but only if it were designed to targeted the country’s largest land owner - local and central government!