Successful affordable rented schemes are ones that allow communities to grow, and to do that we need to listen to tenants’ needs 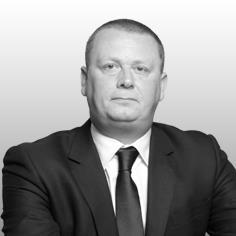 Since the housing white paper put a renewed focus on the private rented sector (PRS), it’s triggered a fresh wave of debate on how to make PRS a success. Certainly there’s a need to raise the game: last month’s report from Future of London showed just 8,200 homes have been completed under PRS since 2009.

Three key themes currently emerging are affordable rented accommodation and the relationship between viability and Section 106 agreements in London, how to create a sense of community in 100% rented developments, and the importance of creating homes rather than hotels.

To allow a new community to grow, in my view one has to offer up the ability for spaces to change and be used in unexpected ways, for the tenants to gradually “own” the building

In a sense, all three are linked. Mixed tenure housing has always been key to delivering housing for all, ensuring that tenants are encouraged to look after their homes and the spaces around them. Blind tenure schemes, where it is impossible to tell which is providing social (affordable) and market rented accommodation has always seemed to me to be the way to go. The key to getting this mixed approach right is good design, but also careful management.

“Engineering” a sense of community however, has always been an elusive thing. Perhaps because in reality you can’t. Surely the answer is to respond to the “organic nature of the development of communities in rented accommodation: a case of “build it right and they will come, build it wrong, and they won’t”. Key to this is sufficient flexibility in the spaces around the home - the social spaces, circulation, amenities and landscape for the building and its managers to “learn”.

Stewart Brand wrote in his seminal 1994 book How Buildings Learn that “buildings keep being pushed around by three irresistible forces - technology, money and fashion”. Never has that been truer than in such an emerging building typology as the PRS apartment building in this country. It is such a youthful building type, that few built examples exist to say this works but that doesn’t.

To allow a new community to grow, in my view one has to offer up the ability for spaces to change and be used in unexpected ways, for the tenants to gradually “own” the building - both their home and the space around it. The sense that this is “mine” - or better, “ours”.

The tendency is for the construction industry to think it knows best. At a recent PRS forum titled “Living with PRS”, not a single tenant was present. Indeed, the parting words from the forum were that perhaps next year branding experts could be called in, to give their thoughts on how successful the PRS sector has been. No! Instead, let’s invite tenants along, to tell us what works and what doesn’t.

The tendency is for the construction industry to think it knows best. At a recent PRS forum titled “Living with PRS”, not a single tenant was present

The fact is that the demographics of the rental market are changing. A recently commissioned survey by McBains Cooper on the rental sector proved that price and location remain two of the most important factors in choosing where to live. But for the sector to get better, it has to learn from the granular things that make developments successful places in the widest sense. A high proportion of the older generation are now long-term renters. This might reflect the more “traditional” characteristics in terms of the most important factors people look for when choosing rented accommodation - such as room size and a garden or outdoor space, as opposed to “hotel style” amenities like sports facilities or a cinema and internal communal spaces.

Yet homes are individual things too - what suits one person or family may not suit another, so a significant degree of variety in apartment types, sizes, layouts and locations are all key aspects too.
The financial mechanisms around viability and the proportion of discounted or affordable (a misnomer often in London) are also things the mayor of London has to prioritise to give certainty to developers and design teams. Without this certainty, investors are sure to pause and wait for policy to crystallise before committing to planning applications or indeed, even site acquisitions, further delaying the delivery of much needed housing in London.

The PRS sector remains a dynamic and exciting sector to be working in, it affords the opportunity to innovate and because the initial capital expenditure is not the most crucial measure of success, it is a sector that can and should lead the way on housing standards. My call to the industry is to continue to work hard on developing projects that seek to reflect the needs of potential tenants - creating homes people want to live in, rather than have to live in, and to build in sufficient flexibility to adapt and learn as communities grow within them.

Mark Leeson is Director of Design at McBains Cooper