The next home technology revolution

Technology in the home is about to take a giant leap forward, but are developers ready to take advantage? 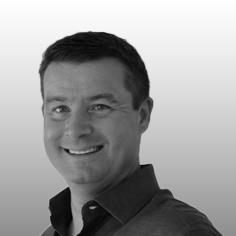 Do developers understand how profoundly technological change is going to affect the way in which residents five years from now will live in homes which are being built today?

I’m talking about refrigerators that will order milk automatically when you run out. Heating systems controlled by your telephone, which is also linked to your security system, your lighting system and your window blinds.

This transformed domestic landscape, which will soon be with us, has been dubbed the internet of things. The problem is that nobody can be sure of exactly what it will look like.

The direction of travel, however, is absolutely clear. Consider how consumers have rushed to embrace new technology which has made their lives easier in the last 10 years alone. Since 2004 shopping on the mobile phone has become more popular than desktop computer shopping. And consumer behaviour has changed so much that we have seen the complete disappearance of huge retailers from the high street such as Woolworths, Comet and Borders.

Therefore, the emergence of the internet of things and other new technologies poses a major problem, but also presents a massive opportunity, for property developers. Who wouldn’t want to make cutting edge technology one of the USPs for a new home which they were selling? But how can it be made both relevant and practical today while also standing the test of time and being sufficiently flexible to adapt to technological innovations which may be a few years away?

The nub of the problem lies in the fragmented nature of the tech industry itself. Your telephone, refrigerator, heating system and television are probably all made by a different supplier. That also means that they speak a different technology language.

Asking technology to all be programmed all in the same way is rather like asking the whole world to speak the same language. It’s perfectly logical - but totally impossible to deliver. Therefore, a big part of the answer lies in translating that technology into one language.

This is exactly why tools are starting to emerge which are taking on that role of translator. They enable the technology of today to communicate and also understand the importance of binding the technology of the future into that conversation.

What we are essentially talking about is a central nervous system for the home, software which can translate everything in one place, and delivers the commands based on user demands.

The business which I founded, together with a former Skype technologist, is working with several property developers to manage current technology in the home and also develop software for the future. It might not be a silver bullet to the problem of future-proofing in perpetuity. But it will certainly go a long way to proving a durable solution to the challenge of continually evolving technology in the home. So, whilst we might not see it as a priority for our refrigerator to order milk of its own volition, at least we’ll know that it has the capacity to do so if that’s what the homeowner demands.

James Crabb is Founder and CEO of Source Lifestyle