Why are so many homes empty when we have a housing crisis?

National Empty Homes Week is a time to reflect on the dual scandal of homelessness rates among the young and England’s 220,000 empty properties 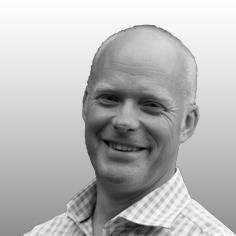 The first is the number of young people facing homelessness. Well over 120,000 young people a year approach their local authorities for help and advice around homelessness – as many as 85,000 go on to become homeless.

It is a disgrace that so many young people have nowhere to call home, no safe and stable place in which to study, from which to go to work, to which they can return with friends or family. It’s a tragedy for those young people, and it’s a tragedy for us as a nation – what a waste of talent and ambition.

Whilst empty homes have slipped down the government’s agenda, public opinion remains strongly in favour of taking action. Research by the Empty Homes Charity, released today, has found that four in five (83%) British adults believe the government should place a higher priority on tackling empty homes, and I agree. This is a cheap and effective option that addresses homelessness directly and quickly. It’s a win-win.

As we face the worst housing and homelessness crisis in a generation, every empty property that could be used, should be used

Admittedly, not all vacant properties are readily available for refurbishment and re-use. A majority are in the private sector – a much smaller number in local authority or RSL stock – and some are locked in probate. Others may be owned by those unable to afford the costs of refurbishment.

But as we face the worst housing and homelessness crisis in a generation, every empty property that could be used, should be used.

And they should be brought back into use now.

LandAid is the property industry charity. Funded with support from over 120 companies and their staff, one of our major campaigns is Sponsor a Home. Partners pledge to raise £30,000 - the average cost of refurbishing a two-bed property and bringing it back into use - through a variety of means including corporate donations, fundraising, and supply chain engagement.

With projects in the pipeline around the country, we’re harnessing the industry’s skill and passion for building things and making places better, and their concern and determination to tackle youth homelessness. Through our initiatives, properties are bought at auction, gifted to charities, or leased at highly preferential terms. And, in over 90% of the projects we support, young people are being trained in the construction skills required to get the job done – simultaneously increasing their employability.

This week is national Empty Homes Week. We salute the tireless campaigning work of the Empty Homes charity and its predecessors, the patient funding of fellow grant makers around the UK like the Nationwide and Ovo Foundations supporting this work, and the enthusiastic support of the eight companies that have pledged to sponsor a home with LandAid.

Too many young people are homeless. Too many potential homes lie empty. We should all be ashamed that more is not being done to address this appalling and paradoxical situation.

Help LandAid help charities around the UK to join the dots and tackle these two scandals.