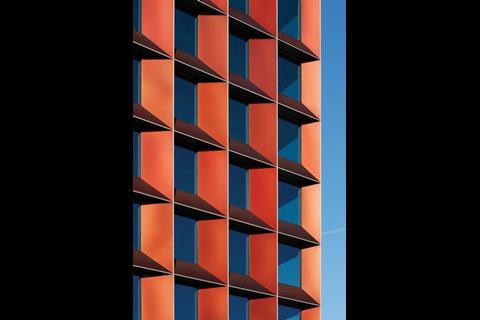 The facade responds to changing levels of light during the day 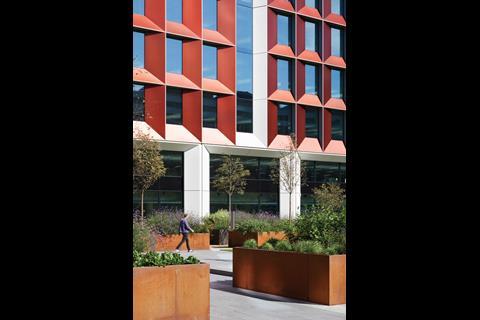 The new landscaped piazza at the front of 245 Hammersmith Road 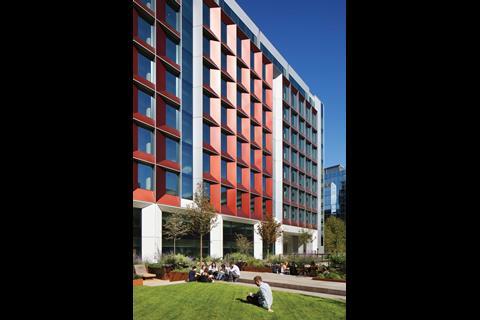 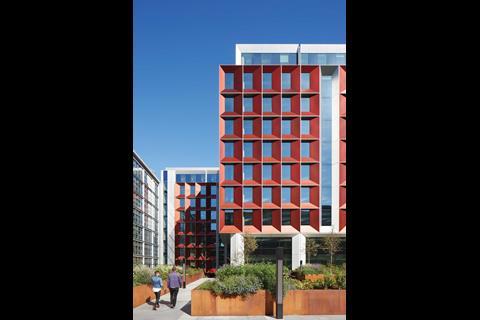 The biggest office to be built in Hammersmith for more than 20 years does not just stand out for its size. The colour of the red facade at 245 Hammersmith Road evolves throughout the day due to the changing light falling onto angled anodised aluminium window surrounds.

The angle of these has been tailored to minimise solar gain and provides elevations that change throughout the day. Scheme architect Sheppard Robson says the vivid scarlet hues, created with red organic dye, reflect the terracotta bricks of the surrounding conservation area. 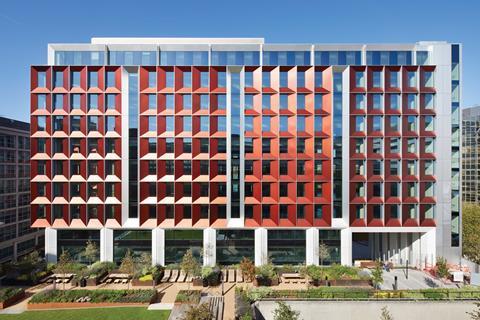 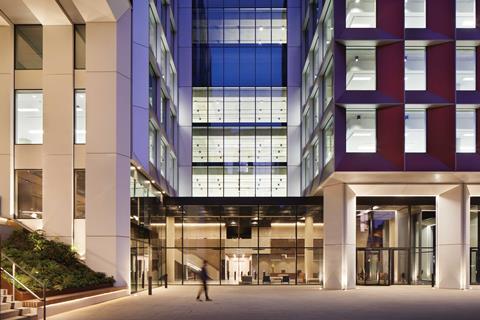 Two parallel wings are connected by a central core 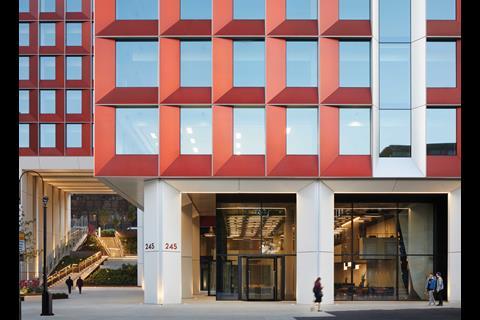 An arch with a landscaped staircase and funicular lift connects the high street and piazza to a podium park, over an 8m change of level 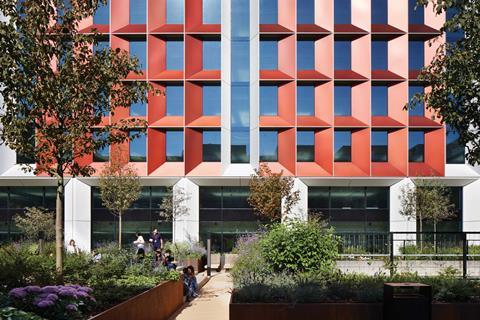 245 Hammersmith Road brings an underused public space back to life.

The £275m west London scheme has sought to create a flexible, collaborative open green space that connects workers and the public both inside and outside the building. A landscaped piazza and three roof terraces are laced through the development, while there is street access to a podium park to the rear the size of two football pitches.

The project, developed by Legal & General and Mitsubishi Estate and built by Lendlease, provides 22,500m2 of flexible office space and nearly 1,000m2 of retail setting and restaurants. It is situated on the former site of 1980s office block Bechtel House and is part of a wider regeneration scheme for the area. 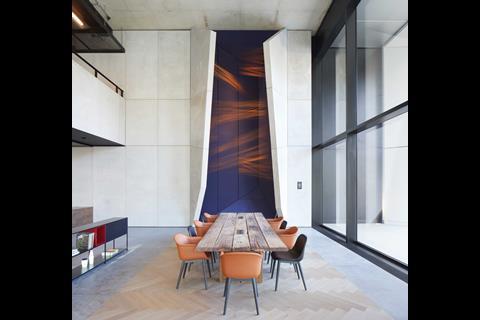 3000 Threads 3000 Hands is an art installation by Sheppard Robson architect and artist Patricia de Isidoro, paying homage to everyone involved in crafting the building. The work features golden threads suspended between the recessed walls of the reception as a three-dimensional tapestry 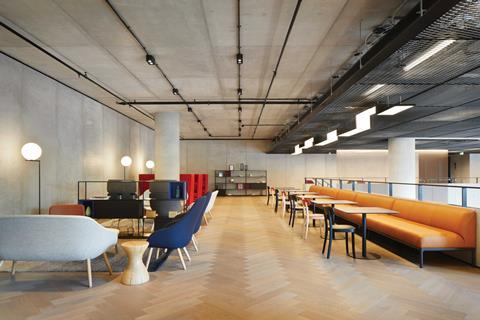 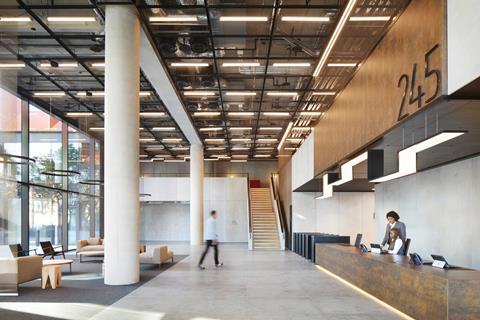 The interior draws on the Arts and Crafts movement, fused with industrial elements to reflect the history of factories in the area, shown here in the reception