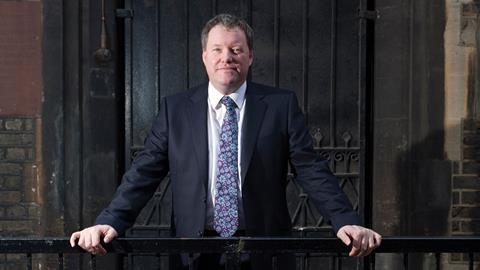 Mike Green’s fondest memory from school is perhaps unusual for someone who grew up to immerse themselves in London’s political life. The man responsible for funding and delivering the government’s school building programmes recalls being on a field trip to the Outer Hebrides, where he and classmates from his Nottinghamshire secondary spent two weeks living a remote life with no access to radio or television. “When we came back, we were at war with the Falklands,” he says. “So that was a bit of a shock when we put the radio on.”

Such shelter from the media spotlight might well seem appealing to Green in the present day. A year into his role as director of capital at the Education Funding Agency (EFA), which he joined from Alliance Boots, Green is increasingly under pressure to demonstrate progress in addressing two looming problems. The first is the condition of a school estate which, despite the vast sums spent under the Labour government, still contains thousands of outdated buildings in deteriorating condition thanks to a legacy of under-investment. The second, but perhaps even more alarming issue, is a mounting shortage of primary and secondary school places, which has led to predictions of a shortfall of 256,000 by 2014.

Green’s challenge is exacerbated by the government’s unswerving commitment to public spending reductions. It will cut capital budgets for education by about 50% over the lifetime of the parliament, and ministers are relying heavily on an as-yet untested revised private finance model, PF2, to get school building moving.

We’ve got 24,000 schools in the country at the moment, and so the more schools we can deliver per pound, the sooner we can get round all of them

But after more than two years of uncertainty, it seems school building work is starting to gear up again. The government is understood to be on the brink of announcing a solution to its private financing conundrum, which will enable the £2bn privately financed element of its main Priority School Building Programme (PSBP) to come to market. In addition, the EFA has awarded £127m of capital work under the programme in the last three months, and a fortnight ago tendered for a new £4bn contractors framework for other projects.

So with money finally returning to the market, how confident is Green of putting in place a pipeline of work that will enable the construction sector to address the pressing needs of the school estate? And what lessons from the procurement and design of schemes recently awarded will he be applying to the work about to come through?

The wait is (almost) over

The future of school building work has been mired in uncertainty since the coalition scrapped the previous government’s £55bn Building Schools for the Future initiative in 2010. A year later the government announced its replacement for BSF - the £2.4bn PSBP. Industry commentators originally anticipated this would lead to privately financed schools coming to market in April 2012, but the scheme has been repeatedly delayed, largely as a result of wider work within government to overhaul PFI.

However, the government is now understood to be on the verge of announcing a solution - expected to be based around a pooled form of debt financing - which will enable PSBP to proceed. Green has spent the last six months saying that the schools will come forward in “spring”, and sitting in his Westminster office in distinctly spring-like late April sunshine, he insists this is still his expectation.

“We’ve had HSBC in as advisers and considered half a dozen ways of financing this, and now we’ve honed in on what we think represents best value for money,” he says. At the time of going to press, he cannot say more as he says the detail of the solution “still has approvals to go through”, but - importantly, as far as the market is concerned - it is clear his finger is hovering just above the “go” button. “We must do spring,” he says. “And that will be the start of procurement - schemes coming to market.”

Once that button is pressed, guidance from the Department for Education suggests that three batches of PF2 schools with a notional construction value in excess of £300m will be released - in north-east, north-west, and southern (Hertfordshire, Luton and Reading) England.

These will add to more than 42 directly funded projects which are already in procurement in eight batches, after the government made £400m of capital funding available to address the schools “in greatest need”. Three of those batches have already been awarded via the EFA’s current contractor framework, with the final five down to two bidders and expected to reach preferred bidder stage shortly. 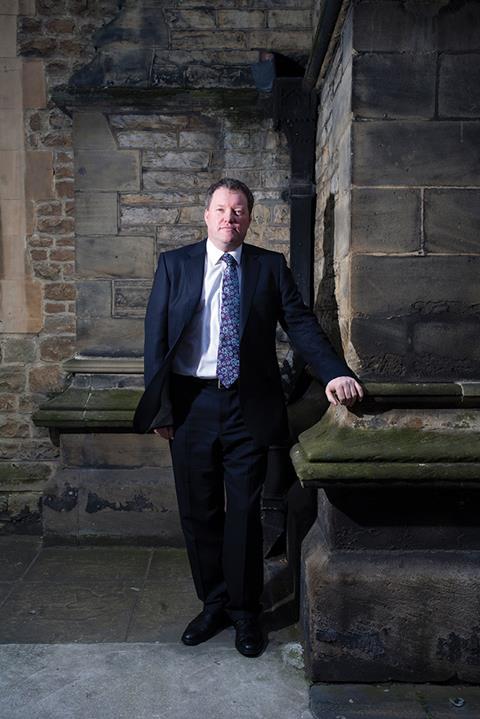 Green says the work has attracted a “great level of interest”, despite acknowledging that - with contractors having limited resources to bid - the number attending bidding days has dropped since the first work was released. However, he does not see this as a reason for concern for the forthcoming work. “If there’s only two or three going for packages, then I’m sure more will come back for the next lot. Obviously if we get down to numbers which are not acceptable to us, then of course it will be of concern, but it’s a balance - we don’t want people wasting their time.”

A major feature of both the directly funded projects and those that will be built under PF2 is, of course, the move towards greater use of standardised design approaches in a bid to improve efficiency of delivery. The move has inevitably attracted controversy, particularly from the national press, but Green insists that the approach is what’s needed.
“We still want great schools, schools that will stand up to the test of time and be appealing to teach and learn in,” he says. “But in a time of austerity we want schools that are appropriate to that environment. I will always come back to the fact that we’ve got 24,000 schools in the country at the moment, and so the more schools we can deliver per pound, the sooner we can get round all of them.”

Contractors bidding for directly funded schools have been asked to observe the “direction of travel” of the output specifications and baseline designs that will inform the PF2 work. Green says he has been “very impressed” by the designs he has seen so far, but emphasises the importance of continuous improvement, saying: “I’ll be really disappointed if we’re still building the same schools year after year.” He says that the environmental aspect of designs is one area he believes could be improved, and acknowledges that the EFA also has “work to do” in this area.

Green emphasises that he does not intend the creation of identical schools, “but to be more economic by starting with an idea of what makes a good school and then tailoring it to individual needs”. To this end, he says that the EFA will not insist upon its baseline designs being used for the PF2 schools. “We’ve always said that these are our interpretation, and if someone can come up with something better then brilliant.” He says that the output specifications behind the designs will be more rigidly applied, but when pressed on whether the EFA will allow any derogations, he adds: “We’ll listen to anything sensible.”

Another area of focus for Green is the government’s burgeoning free school programme. He says that the EFA has work under way on around 120 sites, compared with 55 last April, and adds that he expects this number to rise to around 300 in May with the next wave of approvals.

Given this, he rejects accusations that the programme is being held back by a lack of sites. “I can’t say finding sites is not an issue because for that one school we don’t find a site for, of course it’s a massive issue. But this year we changed the process a little and did some searches at risk when we were fairly confident free schools would get approved.

In the main I think the guys are doing an amazing job.”

He adds that the EFA’s property advisers are looking at police and fire stations that are closing to assess their potential as schools. “There’s all sorts of databases being consulted,” he says archly.

Free schools in theory could be covered by the £4bn contractor framework currently being procured by the EFA, but Green says that a “mixture” of routes will be used to appoint firms. He leaves the door open to procuring additional frameworks, including, potentially, for free schools. “If there is a right reason to procure another framework, then of course we will.” He says that the property data survey that the EFA is carrying out, due to complete in July, may also lead to further framework procurements. “It might tell us, for example, that 200 schools need a new boiler or a certain number need a new flat roof, and that may well lead to a framework of some kind.”

It may sound like a highly complex situation, but Green is clear about his focus for the coming year. “We only do three things, believe it or not. Condition, sufficiency - making sure there’s enough school places - and implementing policy, like free schools. The priority for next year is getting all those things into a tried and tested strategy.”

Green is a great believer in the power of data, which he describes simply as “wonderful”. As well as being a tool for targeting spending, he says that the school condition survey, combined with recent revamped research into pupil place shortages, will help officials make as strong a case as possible for investment in the forthcoming Spending Review.

“We’ll be applying for the appropriate amount of money,” he says, then pauses, before adding firmly: “We are trying really hard to make sure we get as much money as we can to look after school buildings.”

Thousands of teachers and pupils, not to mention a lot of construction firms, will be hoping he succeeds.