Few people have done more to change the face of the UK’s cities than Tony Giddings, who stood down as partner at Argent at the end of last year. Over a glass of Bandol, he talks to Building about his illustrious career, and about the likely impact of Brexit on the residential market. Photography by Jean Goldsmith 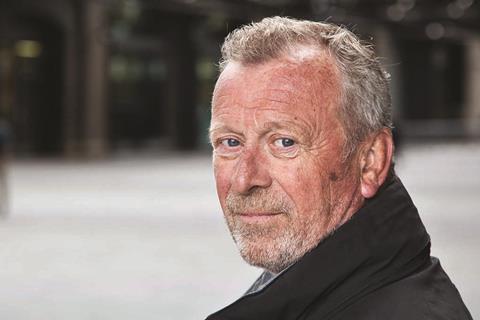 He may have left Argent, but retirement is most definitely not on the cards for former partner Tony Giddings.

Giddings says he is busier than ever, his diary is “full”- he hasn’t even found time to play golf in at least six weeks, he exclaims. Yet he has found the time for lunch with Building in - where else? - King’s Cross, to discuss, over a summery bottle of Bandol rosé, his long list of achievements, what the future holds for him and his thoughts on the state of the industry after the Brexit vote.

Giddings, who joined developer Argent in 1988 and who stepped down as partner earlier this year, has done more to change the face of the UK’s major cities over the past two decades than almost anyone else. He was instrumental in the successful delivery of vast regeneration schemes such as Brindleyplace in Birmingham, the first major mixed-use development in the UK, and Piccadilly Place in Manchester, which has turned a brownfield site next to Manchester’s station into a lively urban piazza of homes, offices, cafes and leisure facilities.

Perhaps most impressive of all has been the transformation of 67 acres of the King’s Cross area of London - a development that is creating 50 new buildings, 20 new streets and 10 new public squares. That this urban quarter is emerging at all - it has an estimated five years to go before completion - is testament to Giddings’ enlightened approach to partnering: forging strong and close relationships with contractors, consultants and subcontractors. All in all, an astonishing record for a man who entered construction at the age of 17 after proving himself “useless” as a teacher during training for his voluntary overseas placement in the Solomon Islands.

It is soon clear that Giddings is proud of all the developments he’s worked on, though he offers up the credit to his colleagues on King’s Cross for their persistence in getting the scheme through what turned out to be a seven-year planning process. And yet it seems not so much the individual schemes but being able to “produce something tangible” that gives him the most satisfaction. He says: “You can come away towards the end of your career and look back and see things physically there, that you created or have been party to. You actually were instrumental in changing the physical part of the cities, but at the same time changing how people can live, you’re improving the quality of life.”

So behind the bricks and mortar there are social values, changing people’s lives for the better. These values are at the heart of how Giddings has worked throughout his career; he talks often of the primacy of relationships, the need for “honesty, integrity and enthusiasm” and it is these values that have earned him the loyalty of the people and companies he has worked with - and that contributed to his winning Building’s Personality of the Year in 2015. 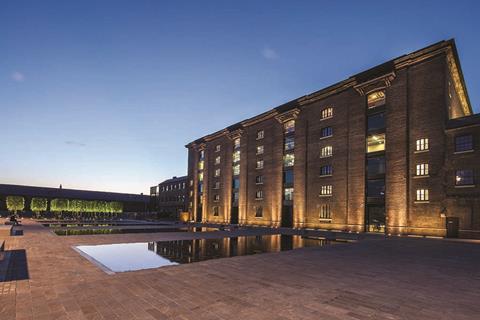 Along with his many major projects, it is the pioneering of a different way of procuring work that makes Giddings proud. It was at the 17-acre Brindleyplace in central Birmingham where things really changed for Argent and for Giddings. The mixed-use scheme on a derelict canal side site was taken over by the developer in 1993 and it was at 5 Brindleyplace where the firm “really did break down the barriers of traditional procurement and allowed all parties to feel as if they were important to the process and where everyone came away with a reasonable profit”.

Giddings explains that this procurement route enabled everyone to become a part of the development and created a collaborative approach where even the bricklayers felt they were achieving as much as anyone else. “I think that is something every developer should strive to achieve - to make people who are involved in the process feel that they really are involved and valued,” he says.

He admits, though, that it was one of the most challenging aspects of his time at the developer. It would, he says, have been very easy to slip back and just go out to market for tenders and take the lowest price offered. “You had to keep proving to yourself and your fellow directors and funders that the way things were being done was the best way,” he says. Despite this, the break with traditional procurement procedures has allowed long-term relationships to evolve with the wider supply chain as well as with contractors such as Bam and Carillion, which have worked on Argent projects since Brindleyplace back in 1993.

Argent has, overall, offered a constant stream of work to contractors and supply chains on its developments. The deals, Giddings says, could be described as “very generous” during the lean times, but in a buoyant market, he admits, they could probably get better deals elsewhere. But it is the prospect of constant work and the long-term relationships built that has kept the likes of Bam loyal to the projects.

This pioneering procurement has enabled Argent to eliminate some of the uncertainties surrounding building projects while enabling all participants to learn from mistakes and make sure they are not repeated throughout the development. It is an approach that fellow former Argent partner Roger Madelin is looking to adopt at British Land’s 46-acre Canada Water development, a scheme he now heads.

But Giddings admits that there have been problems with the process. “I think we’ve discovered that trying to do residential procurement with exactly the same procurement process as we did with commercial probably doesn’t work - residential is so much more complicated,” he says. Residential development is a hard sector to enter into, Giddings adds, pointing to the numerous end-user clients, services, finishes and a large aftercare requirement that, for the predominantly commercial developer, has been a complication.

The procurement process did, however, allow Argent to engage the supply chain at a very early stage, which enabled them to look at more radical ways of doing things - 2 Brindleyplace, for example, Giddings says, was one of the first buildings to make use of prefabricated M&E. He adds that the Eric Parry-designed building at King’s Cross would also not have been possible without having the supply chain involved from the beginning.

Yet, there is still room for improvement for contractors, which need to be fairer and work better with their supply chains, Giddings says. “If we are paying them on time it’s only fair that they should pay the subcontractor on time. If one is trying to create a collaborative relationship it needs to be passed all the way through.”

It is these practices Giddings is hoping to bring to the government’s new prison building programme, on which he is advising. Despite the “challenging” timescales, he is hoping to instil in the government’s processes the sense of collaboration that has made Argent such a success. Particularly in regards to procurement methods, which might assist in getting best value for the programme. The government, he says, is open to ways of improving its processes, but is required to stick to certain procedures such as those around OJEU (although at this stage it is unclear how much EU-originated regulation will remain in place, following the Brexit vote).

Yet Giddings thinks the prisons programme is safe from today’s political and economic turbulence as the finance for it, he says, is ring-fenced and not reliant on the sale of the old Victorian prisons for funding. 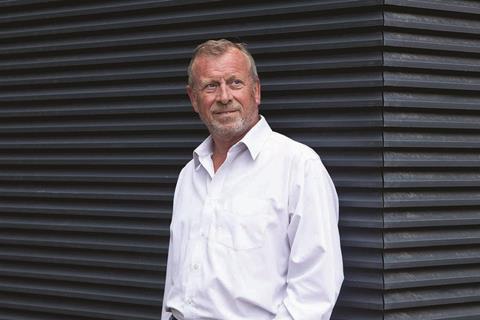 Like many people in construction, Giddings was a supporter of staying in the European Union – he was a signatory to Building’s campaign to keep the UK in. He predicts a bumpy few years for the industry. “Will we survive? Of course we will, but it’s not going to be great for quite a few years.”

The answer is typical of Giddings’ proclivity to speak as he finds and another display of his gritty determination to see things through just as he and the other Argent partners did during the recession, which hit at the time when they were trying to get King’s Cross off the ground.

“It’s not just the economy though; it’s the whole idea that we are one world and we should be looking at collaboration and consolidation rather than separation,” he adds. And when you look at how important the concept of collaboration has been to the way Giddings has worked throughout his life, it’s obvious that he would extol European co-operation over fragmentation and isolation. The situation is “sad,” he says, but admits that at the same time “Europe is not right” and requires reform.

Giddings believes Brexit will affect investment into the UK and thinks it is already affecting residential investment - he is aware of a number of residential schemes being put on hold. King’s Cross, he says, is unlikely to be immune from the fallout. “Residential will be more of an issue. At the values we are currently hoping to achieve, I think it will be much more difficult.” However, King’s Cross is likely to be “ok” in the long term, he says. Most of the commercial space at the development is already committed and a lot of the tenants are already tied in. “Google aren’t going to go away,” he says.

“A lot of people are waiting to see how things go with the dollar and the pound at the moment. That might help, oddly enough - a weak pound might attract investment in - but I do think generally that new developments which haven’t got pre-lets are going to think twice about moving on commercially,” he says.

Not that the slowdown can all be explained by Brexit. The prime residential market was already softening before the vote, Giddings says. The returns required to make high-value residential development viable have just not been there. “People from overseas who wanted an apartment in London have already got one, very often,” he adds. Affordable housing though “mustn’t be allowed to stop” in the wake of Brexit as there is a big need for it, he says.

The looming Brexit negotiations and prime residential slowdown, however, have not deterred Giddings from taking on an additional advisory role. This time on a high-end residential development in St John’s Wood, which he is now juggling with his other roles as a senior independent director at M&E contractor T Clarke, a trustee of construction charity Crash, a member of the committee for St John’s Hospice and his most recent appointment as a director of London’s South Bank University.

So no golf for a while but he did recently manage to squeeze in a tour of French vineyards in his BMW i8 - a car that left the locals gawping, he says - as well as a delightfully long lunch with Building, before returning to his non-retirement.