Force majeure in the context of war

What contractual clauses may apply where the Ukraine war has detrimentally affected a construction project, whether directly or indirectly?

As employers and contractors grapple with the direct and indirect impact of the conflict in Ukraine, increasing economic sanctions and supply chain fragmentation, the challenges faced by parties in performing their obligations under construction contracts remain high. In some cases the impact is very direct – the recent destruction of the giant and privately owned An-225 Mriya cargo aircraft on the ground at Hostomel means that the unique aircraft is no longer available to air-freight heavy equipment around the world. In other respects, the effect is less direct but nonetheless severe, such as the impact on certain metal prices. 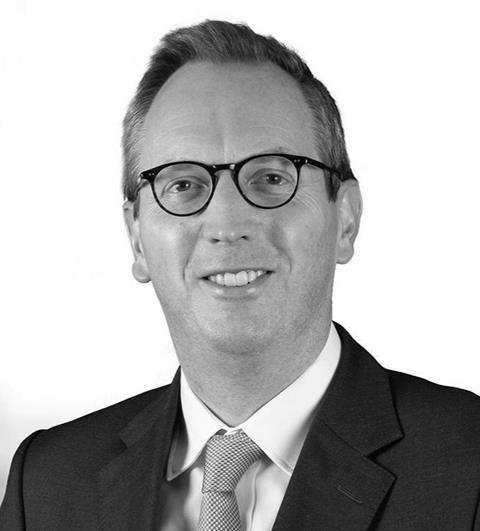 And of course, anyone resuming travel from Europe to Asia will find their flight path and therefore journey time may have changed significantly through the avoidance of Russian airspace. As Building readers will have found during the pandemic, the complexity of modern supply chains may mean your project is impacted in ways you could not foresee.

In Building recently, Roberta Downey discussed the impact of the war on supply chains. This article builds on that by considering what contractual clauses will come into play. The construction sector is concerned about the impact of a major event on the enforcement of obligations under contracts and when relief from performance is available.

Generally, under English law, parties are held to their bargain where circumstances change, except under certain conditions. When a party cannot perform its obligations under a contract, or where performance of a party’s obligations would be radically different from that contemplated by the parties when the contract was formed, the doctrine of frustration may be applicable. Where explicitly provided for in the contract terms, force majeure may be applicable.

Frustration arises by operation of law and does not depend on the express wording of a contract to come into play (although in practice your contract may contain express terms that deal with frustration-type events). A contract may be deemed frustrated where:

Whether an event constitutes frustration turns on the facts. You may well have grappled in 2020-21 with the question of whether covid-19 could be said to have frustrated a contract. The ongoing conflict in Ukraine has grim echoes of earlier crises that shaped English law in this area – principally in the context of the First and Second World Wars.

English courts have been clear that if a change in law occurs which renders the contract illegal to perform, the contract will likely be frustrated (see Fibrosa Spolka Akcyjna vs Fairbairn Lawson Combe Barbour Ltd [1942] UKHL 4). Illegality within the context of frustration means that the performance of the parties’ contractual obligations will be against the law. Contractors and employers should be aware that the length of the ongoing conflict will affect whether a contract is judged frustrated. If we see a de-escalation and the removal of sanctions in the short to medium term which allows for contracts ultimately be performed (albeit delayed), frustration is unlikely to be applicable (see Metropolitan Water Board vs Dick Kerr and Co Ltd [1918] AC 119). The courts have been consistent in their judgment that the resumption of the parties’ ability to perform the contract may deny frustration from applying where the whole character of the contract is not revolutionised.

Where a contract specifies a particular construction method or delivery mechanism that is no longer possible and no provision for variation or substitution exists, a contract may be deemed frustrated (see Lauritzen AS vs Wijsmuller BV [1990] 1 Lloyd’s Rep 1 (“the Super Servant 2”). The courts have been clear that price increases, even significant ones, and increasing difficulty of execution will not result in the contract being frustrated due to impossibility (see Davis Contractors Ltd vs Fareham Urban District Council [1956] UKHL and Tsakiroglou & Co Ltd vs Noblee Thorl GmbH [1962] AC 93).

Although English law has no doctrine of force majeure, it has become common practice to include such provisions in construction contracts, and covid-19 brought more scrutiny of such terms than any other event in recent history. A force majeure clause sets out an event or series of events either by specific name or by certain criteria that will release the affected party from further performance on a temporary or permanent basis depending on the nature and/or duration of the event(s).

Where force majeure applies to an event the doctrine of frustration will generally not apply (Jackson v Union Marine Insurance Co Ltd [1874] LR 10 CP 125) as the parties have both foreseen the event and provided for it. Force majeure clauses traditionally function to initially suspend the parties’ obligations under a contract, if certain time limits have been exceeded or conditions are met, provide a right to terminate or the automatic termination of the contract and give a description of the obligations of the parties during and after a force majeure event.

The direct and indirect impacts of the conflict in Ukraine are numerous and far-reaching, and many parties are exiting the Russian market, but parties will need to consider whether the impacts of the conflict in Ukraine have prevented them from performing contractual obligations or met the relevant contractual test in the relevant contract – force majeure clauses are generally “all or nothing” – either the contractual hurdles are met and relief is available or they are not.

It is also worth considering whether the variation and/or change order provisions of a contract could give an employer the ability to avoid or mitigate the impact of a force majeure event on performance of a contract by removing or amending parts of the scope that a contractor cannot perform due to a force majeure event. Similarly, in EPC contracts we often see employers including a general right to de-scope the contractor (although this can be a contentious issue), and an employer may look to use this kind of clause to limit the circumstances in which force majeure relief can apply.

Angus Rankin is a partner at Vinson & Elkins. He was assisted in the writing of this article by trainee solicitor Ruairi McGill