Is the ICC target cost contract ready to compete with NEC?

Ian Yule explains the recently released ICC target cost contract and weighs it against its main rival as an engineering contract, the NEC 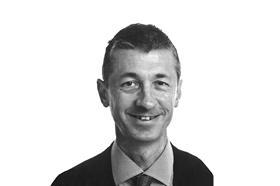 The main domestic contract for this type of procurement has traditionally been the NEC New Engineering Contract, Options C and D. In June this year a newcomer arrived on the market, namely the Infrastructure Conditions of Contract (ICC) Target Costs Version. It is published by the Association for Consultancy and Engineering (ACE) and the Civil Engineering Contractors Association (CECA), along with a new design and build contract. These both add to the ICC suite of contracts that began with the lump sum version in 2014.

So, how does the new arrival measure up, particularly against the NEC?

“Which of the two comes out on top? Those who like the NEC’s forecast-based approach and general philosophy will no doubt opt for its target cost contract too”

In both contracts, sums paid to the contractor comprise three elements. These are:

Under the NEC, the costs that the contractor can claim for work done are defined by reference to a lengthy “schedule of cost components”.

This lists the various items that can be claimed for staff, equipment, plant and materials and so on.

The ICC by contrast does not aim to define the “cost” of the work, albeit it requires the contractor to warrant that its costs are its “actual minimum cost”, net of all discounts. Instead, the ICC goes into more detail on the fee. The contractor provides the fee in two parts. The first, variable, part is expressed as a percentage of the target cost. If the target cost increases for variations or claims, then the fee increases too, as in the NEC.

The second part of the fee under the ICC is fixed. It covers a list of items, including head office overheads, senior management and administrative departments. Whatever happens to the overall project cost, the sum that the contractor has given for these items is cast in stone. That feature will attract many employers.

“… however, for others the ICC form now provides a sound alternative for civil engineering projects. Time will tell whether it gains market share”

The two contracts also adopt different approaches when it comes to interim payment of the fee. The NEC position is simple – the fee percentage is applied to the running cost of the work. However, in the ICC the engineer must make a monthly “fair assessment” of the proportion of the fee earned to date. This assessment is based on the value of the work completed, the length of time predicted to completion, or “any other basis that the engineer considers appropriate”.

That wording gives the engineer substantial freedom. It could take a pessimistic view as to the likely completion date, for example, which might lead to release of only a small element of the fee. Under the “any other basis” wording, it might, for example, assess performance against a set of key performance indicators notified to the contractor. The engineer can even change its method of assessment mid-project, provided it gives reasons.

What about the pain/gain payments? The ICC provides that the “contractor’s contribution” kicks in as soon as actual costs exceeds target costs. In other words, at that point the employer can apply the relevant percentage to hold back payments to the contractor. By contrast, the NEC does not contain any assessment of the contractor’s share of the “pain” until completion. The problem is that the target cost may already have been exceeded by then, leaving the employer needing to claw sums back.

As to time and money claims, the ICC requires the contractor to notify the engineer within 28 days of becoming aware of the relevant fact. However, the claim is only barred if any late notice has prevented the engineer from assessing the relevant facts. The NEC contains a longer period of eight weeks, but if the contractor misses that, it gets nothing at all. Many employers will prefer the finality of the NEC here.

Which of the two forms comes out on top? Those who like the NEC’s forecast-based approach and general philosophy will no doubt opt for its target cost contract too. However, for others, the ICC form now provides a sound alternative for civil engineering projects. Time will tell whether it – and indeed the rest of the ICC suite – gains market share.

Ian Yule is a construction partner at Shoosmiths