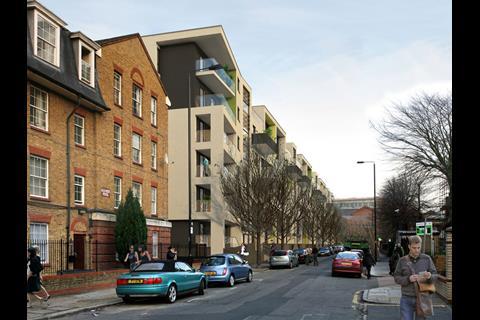 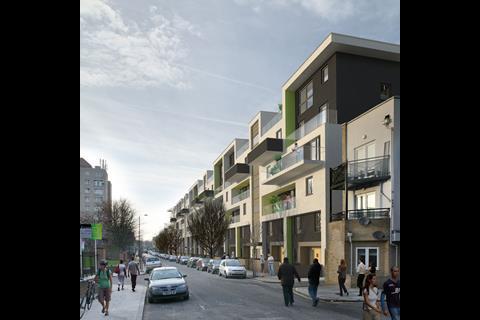 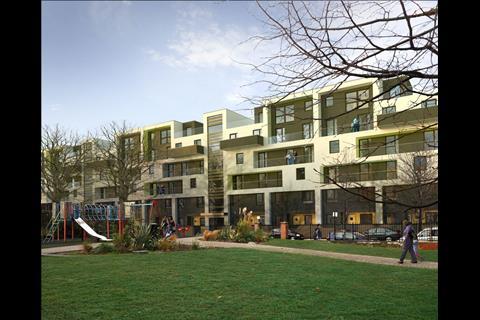 Penoyre & Prasad’s design for a new six-storey residential building in east London has just received planning permission with construction due to start in January 2011.

The architectural practice run by former RIBA president Sunand Prasad won a competition for its design of the £11m Hammond House redevelopment on the Isle of Dogs in Tower Hamlets.

The thinking behind the Hammond House redevelopment for East Thames Group is to create family homes, a total of 56 in this instance, in an urban environment. These homes will be a mixture of maisonettes and flats from one to five bedrooms.

All of the units will have garden space – roof gardens for the top floor maisonettes and terraces or balconies for the mid-level units.

Construction is due to complete in 2012.