300 jobs go at Persimmon in wake of Northern Rock crisis 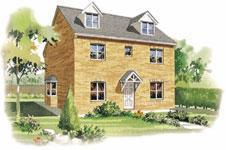 The UK’s largest volume housebuilder was forced to cut 300 jobs last year because of the slump in the housing market, it has emerged.

Mike Killoran, the finance director of Persimmon, said half the redundancies were administrative and resulted from the closure of three regional offices, in the East Riding of Yorkshire, Surrey and Cheshire.

The other half were site staff and followed a review of activity levels. The redundancies represent 5% of the group’s 6,000 workforce.

Killoran, who made his comments after the firm posted results for 2007 this week, said: “We took what action we needed to last year. Unless there are further shocks to the market like Northern Rock we won’t need to make any more redundancies in 2008.”

Killoran said visitor numbers had picked up since the interest rate cut this month and this was a cause for optimism.

Barratt agreed that visitor numbers for 2008 had been rising as it announced a 38% rise in turnover for the six months to 31 December 2007. It posted a 10.2% rise in pre-tax profit to £194.6m. Mark Clare, its chief executive, said the increased activity levels boded well for the crucial spring selling season.