Proposals by Flan McNamara’s firm for a £95m office block in Glasgow have gone into city planners.

The Glasgow scheme has been designed by local architect Cooper Cromar and will run across 283,000ft2 of space on the city’s Argyle Street.

It will be able to hold 4,000 people and the work involves demolishing a Grade B listed building, which Osborne said is beyond repair.

The site, which was formerly the location of the proposed 25 storey Jumeirah Hotel, is located on the south side of Argyle Street and bounded by Robertson Street and York Street and is a short walk from Glasgow Central station.

Osborne was also recently chosen to act as Santander’s development partner on its £150m tech hub in Milton Keynes.

It is also pushing ahead with The Waterside, Belfast – a 1.7m ft2 mixed-use development. Planning consent was granted for Phase One, a £50m office building. 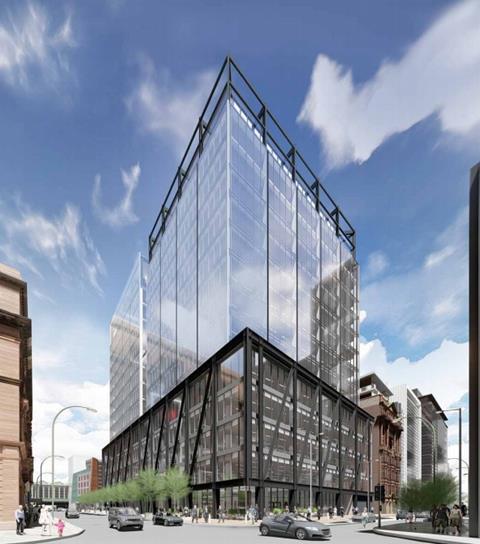 The Argyle Street scheme will be home to 4,000 workers