A decade after it was supposed to, the City’s tallest tower finally completes

Work to build 22 Bishopsgate has finally finished, more than five years after the job was rescued by veteran developers Sir Stuart Lipton and Peter Rogers – and a decade after the original scheme called the Pinnacle was first slated to be completed.

Main contractor Multiplex has handed over the 278m tall building to its operational team who will now take charge of the ongoing fit-out work ahead of the building formally opening by the middle of the next year. 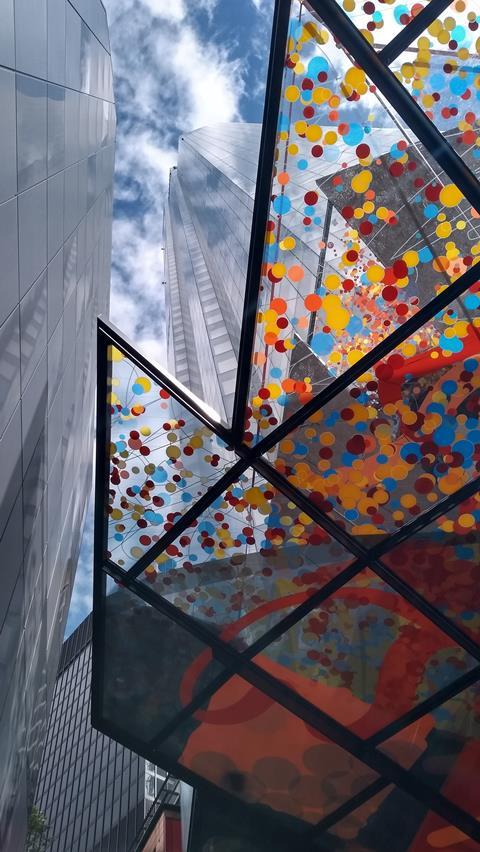 At 278m high, the building is the tallest in the City

News that Multiplex has reached practical completion on the City’s tallest tower – estimated to have a construction value of around £600m – marks the end of a development which was first proposed nearly 20 years ago and saw the re-emergence of the Australian contractor as a London tower builder following the hammering it took on the deal to rebuild Wembley stadium.

Brookfield Multiplex, as it was then called, originally signed a pre-construction services agreement for the job back in August 2007 for original developer, a Saudi Arabian client called Arab Investments.

Designed by KPF, the Pinnacle, which was nicknamed the Helter Skelter because of its spiral design, was planned to be 288m tall with Arab Investments hoping it would be completed in 2010.

Mace was in charge of groundworks at the site with Keltbray – which was later to complete work tearing down the PwC buildings at London Bridge to make way for the Shard – carrying out demolition work ahead of Brookfield Multiplex formally beginning main construction work in 2010.

But the job ground to a halt at the start of 2011 because of ongoing worries over its funding in the wake of the financial crash three years earlier.

It largely remained mothballed until 2015 when Lipton Rogers, as part of a consortium of international investors led by French firm AXA Real Estate, inked a deal to buy the site from Arab Investments.

Within weeks, Lipton Rogers ditched the KPF design and brought in Karen Cook, one of the KPF partners who left to form a new practice, PLP, in 2009, to work up new plans. 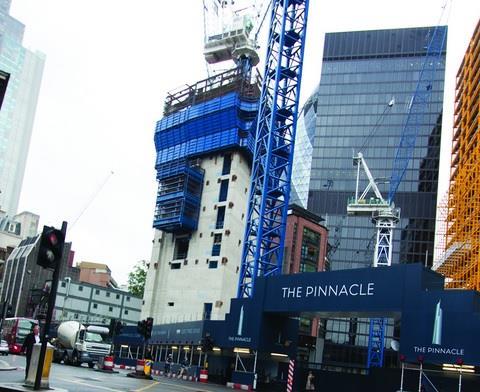 The scheme, which was originally called the Pinnacle, was mothballed for years, leading it to be nicknamed the Stump

The revised scheme was given a new name, 22 Bishopsgate, and made 10m lower than the Pinnacle but fitted in more floor space.

Multiplex, which had signed a deal with Lipton Rogers to build it in February 2015, finally restarted work in autumn 2016 after a hiatus caused by the Brexit referendum.

Running across 62 storeys, the new block can fit 12,000 workers and has signed up 14 occupiers including tech-heavy stock exchange index Nasdaq, global law firm Cooley and US workspace provider Convene.

The building will include a 20,000 sq ft food area on the second floor called The Market, which will be run by hospitality group Rhubarb, a gym with London’s first ‘sky-wall’ climbing window at 125m above ground on the 25th floor and a wellbeing space on the 41st floor. It will also include space for around 1,700 bikes.

Others to work on the scheme included QS Alinea, concrete firm Careys and steelwork contractor Severfield.