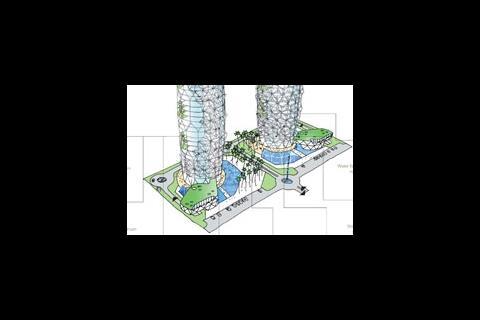 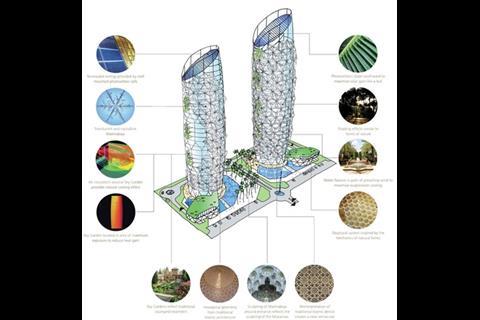 Eco architect Aedas has been appointed to design the new £192m Abu Dhabi Investment Council headquarters in the UAE.

The design complies with the recently published 2030 Abu Dhabi Development Plan and the scheme is aiming for LEED 'silver' sustainability ratings.

Green initiatives include south facing roofs on each tower that incorporate photo-voltaic cells, generating around 5% of the total required energy from renewable energy sources.

A solar-responsive shading screen further decreases solar gain. It acts as a second skin to mediate daylight and reduce glare. The ‘Mashrabiya’ system is driven by renewable energy from the photo-voltaic cells.

Project engineer Arup estimates that the system could potentially reduce the cooling load by 20% which will save on energy costs.

The firm won the contract following an international competition.

The scheme is targeted for completion in 2012.